Head over to the App store on pretty much any device these days and you’ll find apps designed to let companies listen to what you, the consumer, want. The paradigm shift which allows us to weld so much power in the palm of our hands owes as much to the baseball unions and supermodels of the 1970s as they do to Steve Jobs. 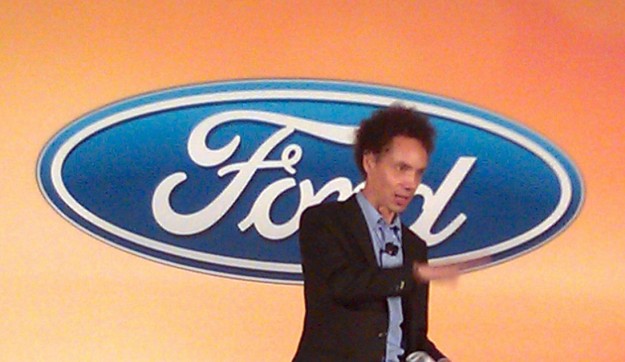 From local shopping apps that find an item in stock and apps that help you find a new job, get better pay or just design a custom dress shirt — these apps give consumers power that didn’t exist in the old, defer to authority model.

Speaking at Forward with Ford Malcolm Gladwell shared his thoughts on where we are today in relation to a new paradigm shift (to green living, technology and other topics).

To set the stage Gladwell told us about Marvin Miller, a 1970’s Baseball union manager who transformed Baseball from an American past time played by low paid players (selling their lifetime baseball card rights for $130) to today’s current game where Barry Bonds earns more in a year than his father’s team ever earned.

At this same time workers and consumers, from supermodels like Lauren Hutton to the middle class white-collar workers, began asking for what they were worth, instead of deferring to whatever the company or employer would give them.

This shift in power, from authority to the consumer shifted the landscape, giving the average consumer more power than they had ever had. As the mobile revolution came about, and apps entered the picture, we began to demand better apps that allowed us to do more on our mobile phones.

As smartphone plans become more affordable and accessible to more users on services like Virgin Mobile, the digital divide begins to shrink even faster, giving all consumers more power to access apps that make it easier to get information, purchase goods, enable political and social change and run small businesses from the palm of their hands.

Who would have thought that we owed so much of the current smartphone landscape to a baseball union manager and a 1970 supermodel?