How Samsung Killed the Nokia Lumia EOS Before It Even Launches

To preface this editorial, I’ll begin by saying that I am a fond Nokia user who have appreciated the camera technology that the Finnish smartphone-maker has brought to market for quite some time now. However, despite my fondness for Nokia’s imaging, which later evolved to carry its own PureView branding, Nokia may have missed an important opportunity on capitalizing on its camera expertise with a delayed launch of the PureView Lumia that’s been rumored now with a 41-megapixel sensor. Now, its largest rival, Samsung, had just recently introduced a camera phone in the form of the Galaxy S4 Zoom to challenge PureView.

Why Consumers Will Want to Buy Samsung

Not only does Samsung have a more marketable presence with the Galaxy brand as it now has four flagship generations of the Android smartphone, but Samsung’s marketing of the Galaxy S4 Zoom will appeal to consumers more. Geeks, photo enthusiasts, and PureView aficionados will likely have a soft spot for Nokia. But let’s face it, Nokia’s marketing of both of its generations of PureView imaging technology is hard and difficult to understand. Samsung breaks it down to be easy–10X optical zoom so you can be far away and still get close to your shot alongside a 16-megapixel sensor, optical image stabilization, and Xenon flash. Those are easy selling points for Samsung to make and doesn’t take a geek to understand. We’ll break those features down one by one and compare them to Nokia’s.

A 10X optical zoom at 16-megapixel resolution is easy to grasp. You can zoom in and get a 10X magnification and it would look like you’ve shot that image up close without any loss of resolution or details. There’s no graininess that accompanies the zoom, unlike the digital zoom technology that comes with most current camera phones. 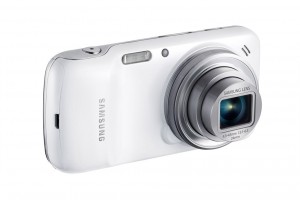 On the PureView, particularly the Symbian-based Nokia 808 and the rumored 41-megapixel Lumia that’s believed to be launching this summer, you have a 41-megapixel sensor. Nokia’s marketing for this is way too elaborate and geeky. At its core, with 41-megapixels, you can digitally crop the image, which is essentially what digital zoom does, and still have a really sharp photo without any loss of details. By using the so-called “digital zoom,” you can essentially crop your photo and zoom into the most important part of your image by 3-5 times, and still have a decent 5- or 8-megapixel equivalent photo. On an iPhone, if you do something like that, you’ll end up with a much lower megapixel count photo so the resolution would be down.

Add to it, Nokia is also touting oversampling. That means when you’re taking a photo that’s an 8-megapixel image, the sensor would analyze all the surrounding pixels and give you higher dynamic range so you get more vibrant colors. Consumers are likely not going to understand that and Nokia will only have 30 seconds to deliver everything that PureView is in a commercial. Good luck with all that geeky technology. For consumers, a 41-megapixel camera seems overkill as an 8-megapixel camera does a pretty good job. You’re aiming at the point-and-shoot market after all. 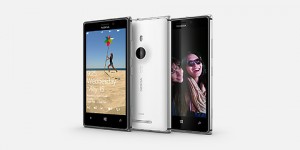 Another standout feature with the Galaxy S4 is optical image stabilization, which is needed when you have a long zoom and want consumers to take pictures in the dark. Nokia did a fantastic marketing job, along with partner Microsoft, with its current PureView 2.0 imaging technology on current generation of Lumia devices.

OIS on the Lumia 920, 925, and 928 today offers users the ability to take photos in extremely low light without the need to use a flash. It also helps with videos as you won’t have blurry videos when the phone is moved around. This means, you can walk around and shoot video without causing your viewers to feel sea sick, especially when the video is viewed on a large HDTV in 1080p. We’ll have to wait to see how the Galaxy S4 Zoom performs here.

Still, I think Nokia’s decision to go with Windows Phone may have limited its OIS feature to a smaller group of users. Camera fanatics may choose Windows Phone for this feature, but the majority of Android users have not switched. For them, the ecosystem with apps and content is more important than camera. After all, you do have a flash on a device if you so choose to use it to take pictures in the dark. 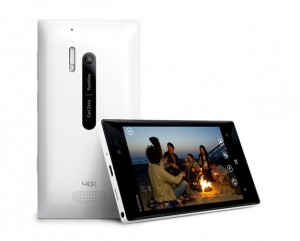 Once a champion of Xenon flash for its bright light and the ability to freeze motion and capture colors for accurately in night shots and dark conditions, Nokia had botched this recently with the launch of the Lumia 928. The Xenon flash on that camera did not render skin tones accurately, and the use of the flash left an orange tone to the image. It was tragic considering how well the Xenon flash performed on the Nokia N8 and the Nokia 808 in recent memory. I was a firm believer in Nokia’s Xenon flash and that’s why I carried around those two phones when I am out at night, but I cannot say the same with the Lumia 928.

And despite the shortcoming of the Xenon flash on the Lumia 928, Nokia thankfully does deliver in low light situation. In fact, its optical image stabilization technology and PureView sensor is so good that you often times don’t need to use a flash in the dark, unless the scene is completely pitch black. I’ve used the phone in a very dark corner of a church and in bars and restaurant where lighting conditions can be challenging, and I’ve found that images look bright, though a bit grainy, even without turning on the Xenon flash.

If Samsung could deliver the same low-light, no flash technology on its Galaxy S4 Zoom, then Nokia may be in trouble.

Software is really where Samsung’s Galaxy S4 Zoom really shines, and that’s thanks to a more flexible architecture that’s enabled by the Android platform. Whereas Nokia had to rely on the pure Windows Phone camera app for its camera, differentiating only by being able to add lenses so far, Samsung is totally re-tooling the Android camera app to make it more consumer friendly.

In addition to using an enhanced camera software that first debuted with the Galaxy Camera, there are two additional modes on the Samsung Galaxy S4 Zoom that will make sense for consumers.

The first is the Photo Suggest mode, which is cool for photographers exploring a new area.

Photo Suggest instantly connects you to huge libraries of images taken by fellow photographers, to help you find and compose your best shots anywhere in the world. Photo Suggest can even direct you to the ideal nearby location which will give you the vantage point you need for that perfect photo.

And for those who are just learning photography, the Smart Mode Suggest feature will come in handy to help you adjust the settings on your camera and learn more about manual control. Considering that Samsung already builds a number of enthusiast-grade mirrorless camera, Smart Mode Suggest may help camera enthusiasts who start off with the point-and-shoot experience of the Galaxy S4 Zoom to graduate to a more expensive camera system with interchangeable lenses.

Smart Mode Suggest feature can assess the scene for you and provide a short list of the best options for your consideration based on surrounding factors such as light levels, focal length, or face detection, ensuring you always get the best shot you want.

In contrast, the camera software that’s supposed to be more customizable on the Symbian platform on the Nokia 808 is too menu-driven. You have to tap a lot, and though there are scenes mode, it’s more geared at more professional users with ISO and other adjustments. Samsung outshines here with its consumer-centric focus, and the Galaxy S4 Zoom stands a better chance at being a mass market camera phone.

Nokia is rumored to be debuting a new Pro Camera app, but we’ll have to wait and see if it’s intuitive, user-friendly, and most of all, consumer-friendly. The Smart Mode Suggest and Photo Suggest features on the Galaxy S4 Zoom had gotten some of my friends who love to travel and explore new destinations already interested in that camera experience.

If you’re geeky enough to care, Nokia’s camera phones are still among the best in the industry. It has a large sensor–not just one with many megapixels–that is even larger than that on a standard point-and-shoot, which allows for better camera control and more adept shooting without flash in low light situations. Images captured are sharp with color and details that are unrivaled in the space, even when comparing against a Galaxy Camera photo. 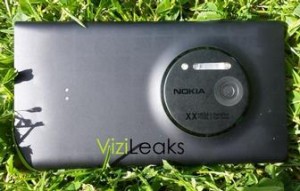 Additionally, whereas the Samsung Galaxy S4 Zoom looks big and bulky–at least judging by the press photos that Samsung Mobile had sent us–Nokia stands a better chance at making a more compact offering. Despite the camera hump on the rear of the Nokia 808, it still looks more phone than camera, and the leaked images of the 41-megapixel Nokia Lumia EOS shows a device that appears slim with a minor camera hump. On the other hand, you’ll be holding up a point and shoot camera to your face when talking on the Galaxy S4 Zoom as a phone.

Where it gets bad with the Galaxy S4 Zoom is that though the device may be pocketable, it may not be a comfortable pocket experience for users with the more standard camera shape and form factor. A more slim PureView phone may be more jeans-friendly. 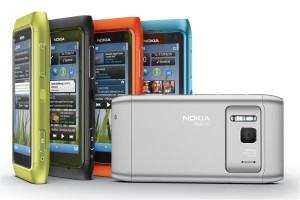 When the Nokia N8 was first announced, it was a serious contender in the smartphone space. However, Nokia had missed the boat on that one and as the phone was delayed, Apple jumped in with the iPhone and Nokia never really made many headlines with the N8 except for niche users. I have a feeling that, unfortunately, history will repeat itself here and if Nokia doesn’t act fast with the 41-megapixel Lumia, it may miss an important opportunity. Though Nokia has not formally announced the Lumia EOS, the device’s launch cannot be deemed a delay, but given that the device has been rumored for some time now and the technology has been available for over a year on the Symbian Nokia 808 model, Nokia could have acted more swiftly to capitalize on this opportunity.