One of the highlighted features of Samsung’s TouchWiz user interface is the Multi-Window view, a multitasking mode that allows users to run two tasks or apps simultaneously side-by-side in either landscape or portrait mode. The feature initially debuted on the Galaxy Note 2 last year and also comes preloaded on this year’s Galaxy S4 flagship. So how do you enable it?

1. Go to the Notifications Bar

After you’ve powered on and unlocked your Galaxy S4, pull down on the top notification bar. From there, at the very top row, you’ll see a number of widgets that will allow you to toggle select functions and features on the Galaxy S4. Remember that this row of widget is not static, and you can scroll through them horizontally by swiping left or right. Keep scrolling from right to left until you see the “Muti window” widget. If it’s not green, it means that Muti Window is not activated. You’ll want to activate it by tapping on it so that the widget is green. 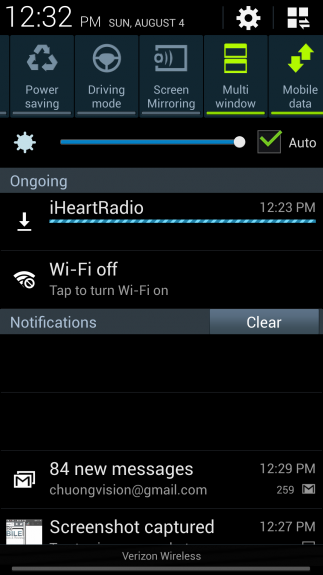 Once the feature is activated, you should see a semi-circle tab on the left hand side of your phone right at the edge of the display. If you still don’t see this and Multi Window is confirmed to be enabled on your phone (see step 1), then press and hold on the capacitive touch back button for two seconds. This should give you the semi-circle (grey with a blue arrow) tab on the left border.

Once you see that tab, you can tap on it and it will open up the Multi Window drawer. 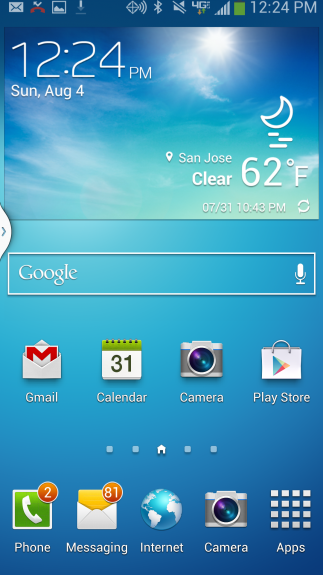 This drawer is scrollable vertically, and the drawer will show all the apps that are compatible with Multi Window. Some third-party apps will work with Multi Window as well as the native Email, Messaging, and Browser apps. Facebook, Twitter, Evernote, and Chrome will work as well. 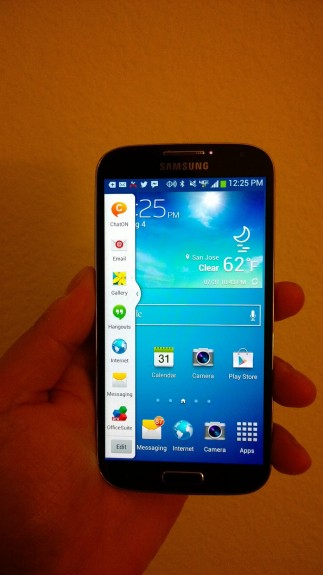 So how do you simultaneously multitask? Open that Multi Window drawer (step 2). Click on an app to launch the first app you want to use. I chose Browser in this example. Then select the second app you want to use and rather than do a simple tap, what you will want to do is tap and hold and then you can drag the app out. This will give you the option of where you want to place the app. You can place the app on top or on the bottom of the screen, if the phone is held in portrait orientation, or on the left or right side in landscape mode. I chose to open the pre-loaded Office Suite Pro in the bottom of the phone. 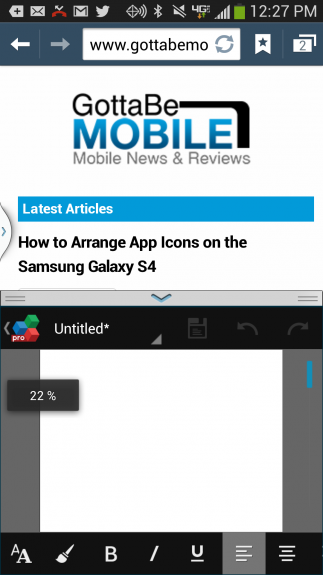 4. Switching Which Two Apps to Use

Now that you’re simultaneously multitasking, you can switch between any of the apps available to you in the Multi Window drawer. Just swap out the app you’re not using presently with the app you want to use by long pressing, dragging, and dropping that app into the top or bottom of your display and you’re good to go. 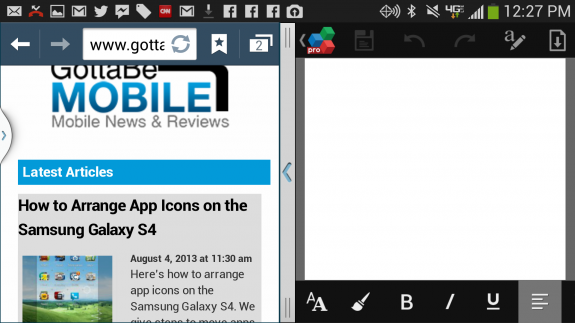 You can also re-size your window so that one app takes up more space on the display or you can use an even screen real estate distribution. In between the two windows, there is a grey bar. Tap and hold on the bar and move it in either direction to resize your windows.