Earlier this week, Google started the Android 4.2.2 Jelly Bean roll out for owners of certain Nexus-branded smartphones and tablets. One of those devices, the Nexus 10, is currently in the midst of its Android 4.2.2 Over-the-Air roll out. However, the completion of the OTA will take time and those that are becoming impatient can install the update now if they so choose.

The Android 4.2.2 Jelly Bean roll out is the second version incremental update to Google’s most current version of Android, Android 4.2 Jelly Bean. The update follows in the footsteps of Android 4.2.1 Jelly Bean which rolled out several weeks ago to address a bug wherein the month of December was missing within the Contacts app. 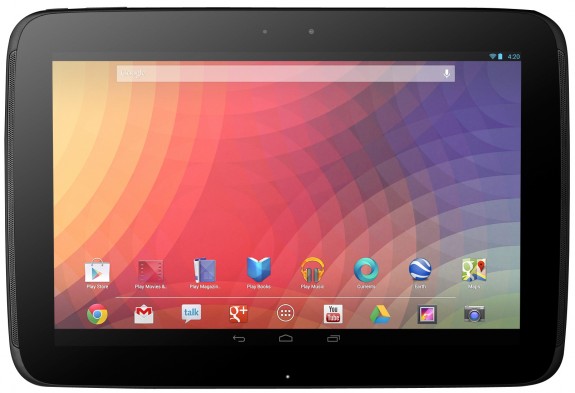 Android 4.2.2 is another smaller update though it brings a few small features to the table including the ability to more easily toggle Bluetooth and Wi-Fi from within the Quick Settings menu. It should also squash a Bluetooth bug that many Nexus owners have seen.

Updates for the Nexus 7, Galaxy Nexus, Nexus 4 and Nexus 10 are currently rolling out Over-the-Air but for many, waiting for the update might be too much. Fortunately for owners, the update is available to them right now. We’ve already shown how to install the Nexus 7, Galaxy Nexus and Nexus 4 updates and now it’s time to look at how to get the Nexus 10 Android 4.2.2 up and running right now ahead of the OTA.

Before we get into manual installation methods, Nexus 10 owners who aren’t adept at sideloading or flashing software will want to try a little trick using Google’s Framework Services to prompt the update. As we’ve mentioned before, this method is extremely hit or miss and from the looks of things, has been extremely miss with many Nexus owners. Still, it’s worth a shot for those looking to update to Android 4.2.2 early.

5. Head back to the Nexus 10′s Settings, go to About, and check for a System Update.

For some, this method might work, for others it may not prompt anything and the wait for Android 4.2.2 will continue. Those that don’t wish to continue waiting will have two options though again, we recommend waiting for the OTA if none of the terminology ahead makes sense.

First thing’s first. Nexus 10 owners will want to make sure they’re running on the JOP40D build or JOP40F build.

Those files should be downloaded directly onto the device. From there, Nexus 10 owners should reboot the device into recovery and flash the zip file that was just downloaded. After a bit of an installation process, the update should be up and running in no time. 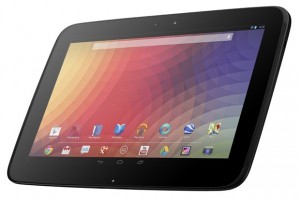 Nexus 10 owners who haven’t manually installed Android software should wait for the OTA.

Nexus 10 owners who are running stock recovery will find the process to be a little bit tricky.

First, download the appropriate zip file from Google’s servers above. Next, reboot the device into recovery and choose the “Apply update from adb” option. This can be found by pressing Volume Up and the Power Button when in recovery. Once done, owners will want to plug their device into their PC using a USB cable.

Using a command prompt on the PC, type in adb sideload [Insert Full Zip File Name Here] and the software should start loading up. Once it hits 100%, reboot the Nexus 10 and it should be running Android 4.2.2 in all its glory.

Again, if none of that makes any sense, we advise not to do this and wait for the OTA update which should roll out within the next few days. For those that are going to take the plunge, enjoy Android 4.2.2 and all it has to offer.