How to Get Windows 10 Right Now

Microsoft’s Windows 10 operating system is just as ambitious as leaks indicated. There are quality of life changes through Windows 10. Multiple Desktops let users organize their tasks. There’s a new Start Menu complete with Live Tiles and a power button. Windows 10 allows users to run Windows Store apps from the Desktop too, and those who have a 2-in-1 or a tablet can decide which interface is more comfortable for them to use. All told, there are a lot of people wondering when Windows 10 will be available for them. Many more are problem wondering how to get Windows 10 on their device right now. 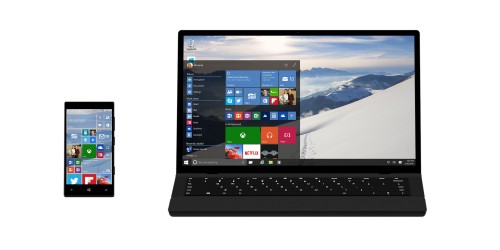 You’ll have to join the Windows Insider Program and agree to its Terms of Service before you’re allowed to get Windows 10 Right Now. Sign up here.

What To Do Before You Get Windows 10

Before you even download Windows 10, there are some precautions you should take. Some of them are pretty basic. It is crucial that you understand all of them.

First, absolutely back up every file, picture and document on your notebook, desktop or tablet before installing Windows 10. You want a way to get that stuff back if the upgrade goes wrong.

Read: Windows 10 – 3 Things to Back Up Before the Preview

There Are Two Ways to Get Windows 10 Now

Once you’ve successfully signed up for the Windows Insider Program, it’s time for you to install Windows 10. Microsoft allows users to do this two different ways. First, there’s a download tool that’ll alert you when there’s a new version for you to install. It’s available here.

If you don’t want to wait, you can download Windows 10 directly to a flash drive or USB hard drive by getting what is called an ISO file. ISO files are essentially disc images that you can store on external media or burn to a disc. If you’ve never made bootable media before, I wouldn’t suggest using this option. Be sure to only download the ISO file that matches your device. If you have a computer with a 64-bit processor, you’ll need the 64-bit download and so forth. Also, make sure you’re download the version with your language. You can download the Windows 10 ISO file here. Once you’ve moved over the ISO file to a flash drive double-click on the setup file.

Why You Shouldn’t Get Windows 10 Now

Remember, what you’re testing in Windows 10 is prerelease, unfinished software. It’s entirely possible that you’ll love Windows 10 and it’ll be bug free. That isn’t likely. There are going to be bugs and they will aggravate you if you don’t know what you’re getting into.

Don’t install the Windows 10 Technical Preview on your only personal PC. If you do, know that it could be a bit buggy and remember to back up your files. Under no circumstances should you install Windows 10 on a notebook, desktop or tablet that you use at work or for your small business. Again, this isn’t the final version and bugs could make staying productive with it over the long haul difficult.

Microsoft says  Windows 10 will arrive on store shelves later this year. Windows 7 and Windows 8 users will be able to upgrade to Windows 10 for free during for one year. The features shown off during today’s press event will roll out over the next few months to testers.