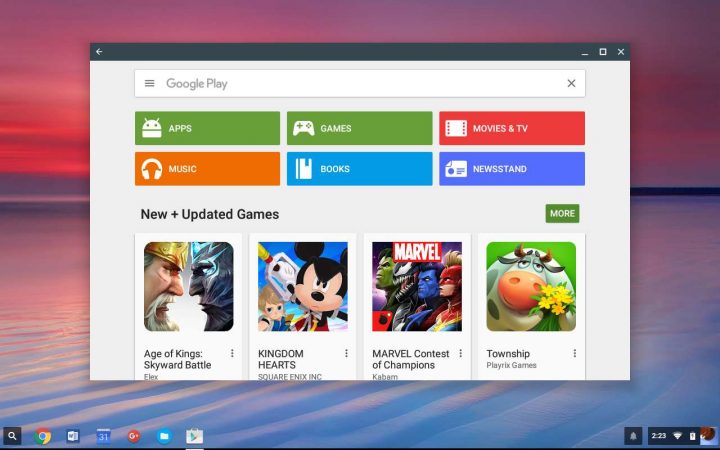 We’ll show users how to install Android apps on Chromebook if their Chromebook supports it. This will include changing from the stable release channel of ChromeOS to the developer’s channel. That means users will start running a ChromeOS version that might include some glitches and bugs. However, it also offers new features not available to most users, like the Google Play Store. If you use your Chromebook for work or school and can’t afford bugs and glitches, then you should wait until Google makes it available on your Chromebook. 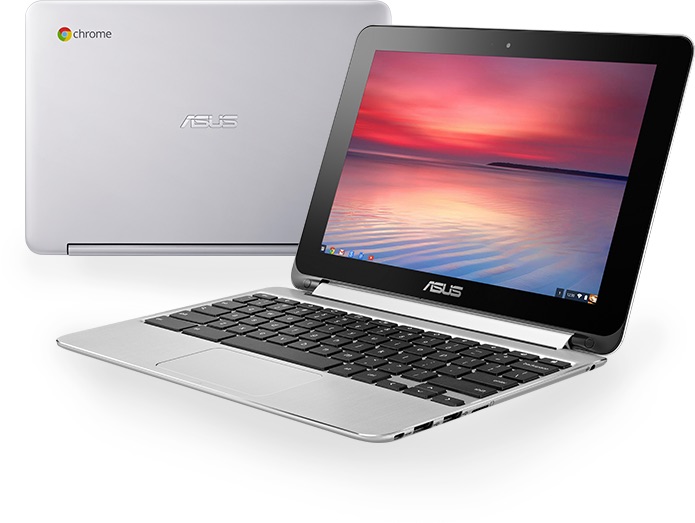 Google started with the ASUS Chromebook Flip. The Google Chromebook Pixel and Acer Chromebook R11 got it next in mid-July. The rest of most modern Chromebooks made in the last year will eventually get it. If your Chromebook can run build number 53.0.2768.0, the first version that includes the Play Store, then you can follow the steps below to get it early.

How to Install Android Apps on Chromebook 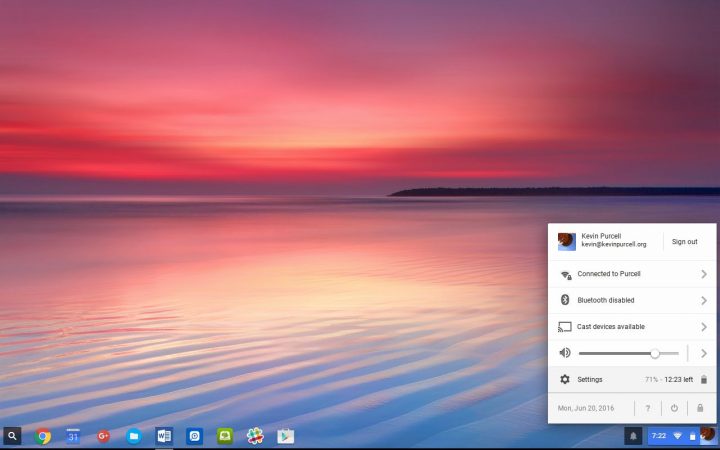 Go to the ChromeOS settings by clicking on the icon in the lower right corner of the screen at the right end of the Shelf. It will look like your Google account avatar. Then click on Settings (see above). 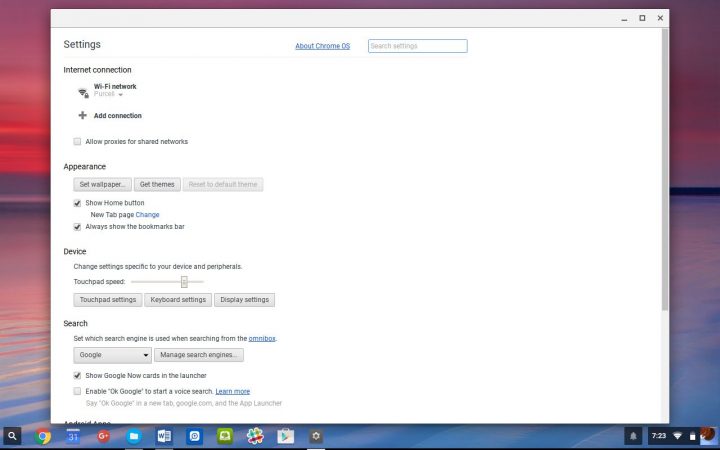 At the top of the window that opens up, there’s a link that reads About ChromeOS. Click it. Look for a link in the middle of the box that opens that reads More Info…. The box expands and shows a button that reads Change Channel. 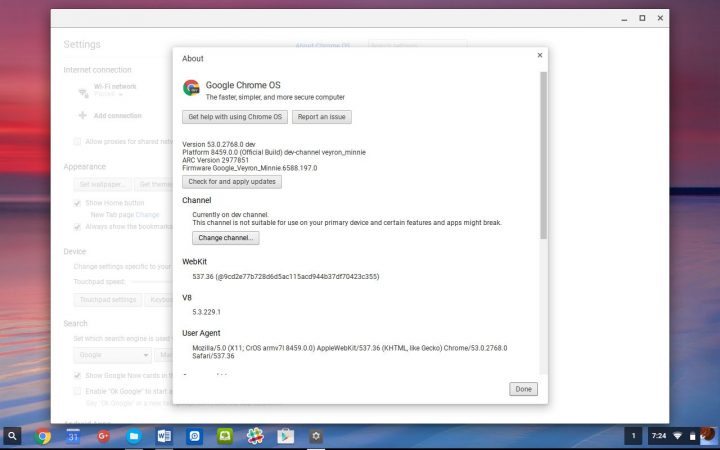 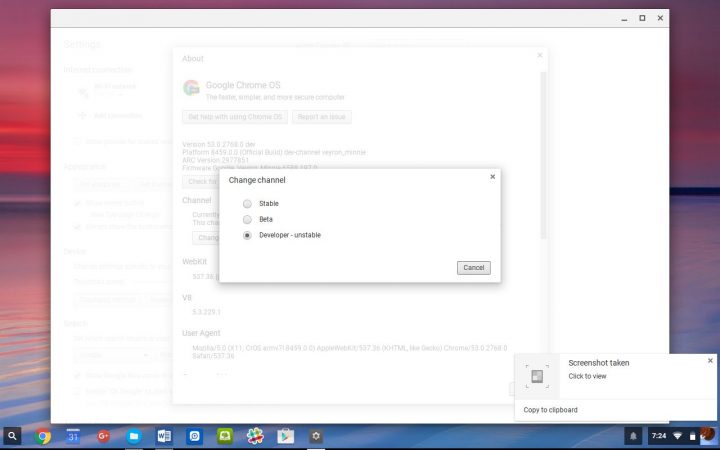 When the computer restarts, log in and the Google Play Store will pop up and ask the user to Agree to the user agreement. 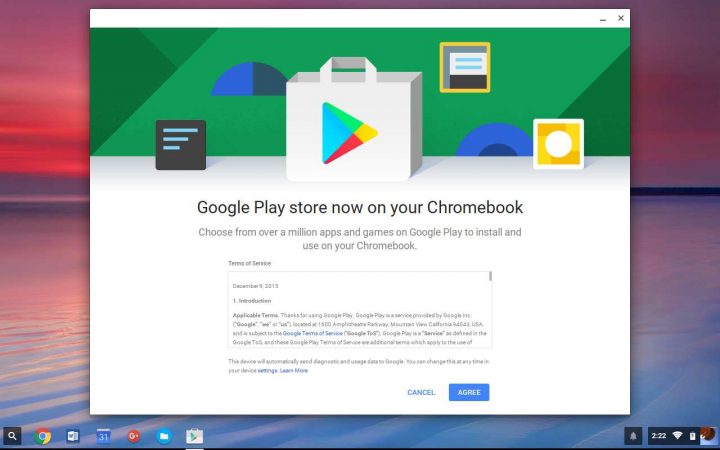 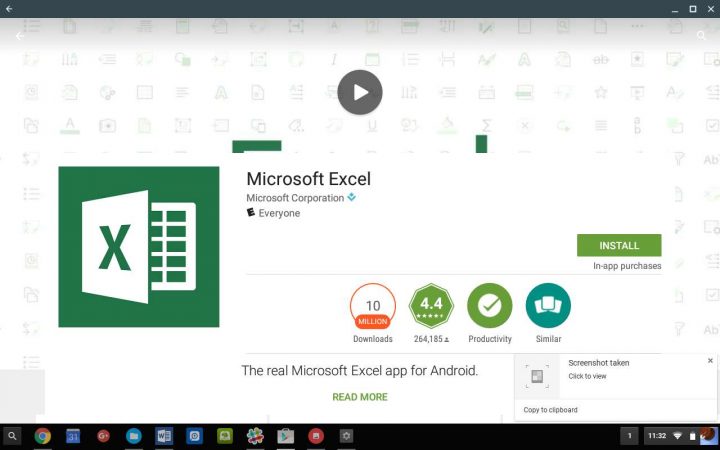 To install apps find an app you want to install. For example, we’ll install Microsoft Excel. Search for it in the search box. The app will show up in a grid of apps that the search finds. Click on the app’s thumbnail and then click on the INSTALL button. The app will install. Once it’s finished click on OPEN to run it for the first time. 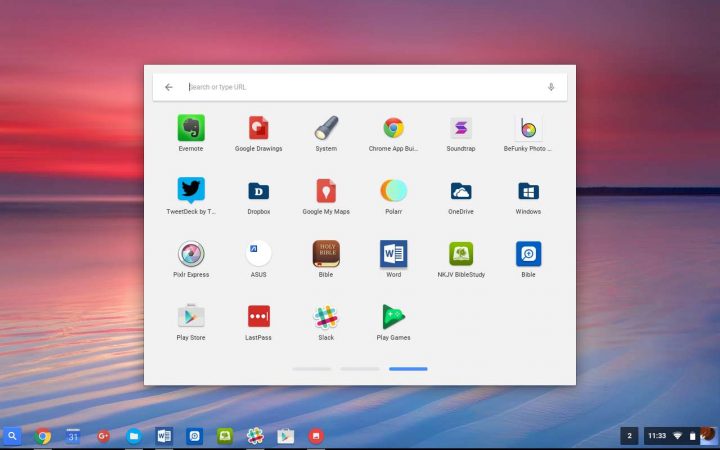 Android apps that you install on a Chromebook show up in the  Launcher. Click on the search icon at the left end of the ChromeOS Shelf. You can search for the app title or click on the All Apps box. This opens another box with all the Chrome Web Apps and Android Apps that you’ve installed on the device. Most likely the Android apps will show up on the rightmost screen. Click on the rightmost blue line at the bottom of the box of app icons or use the arrow keys to scroll to the right. 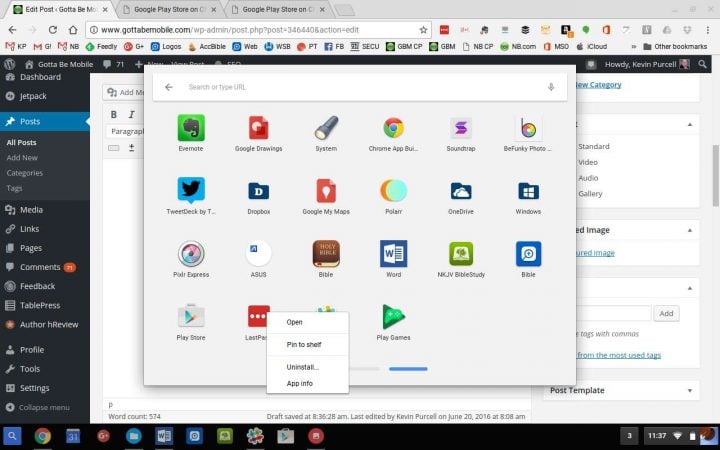 If you want quicker access to the Android apps you install on the Chromebook, right-click on an app icon and choose Pin to Shelf in the menu that pops up.

How Well Do Android Apps Run on a Chromebook?

So far, most of the Android apps I installed on my Chromebook work well. One of my apps is a book viewer and lets me view two different books at a time. The control that opens the split screen view sits in the bottom right corner. The ChromeOS Shelf covers this control and I had to set it to Autohide so that the Shelf would disappear. 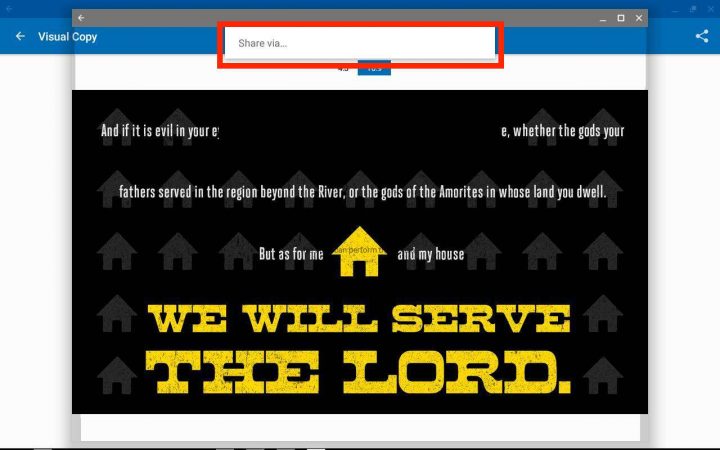 Other than these two minor issues, all the ChromeOS apps I’ve installed work well. It opens a new world to Chromebook users.