In this guide we’ll explain how to sideload and install apps on Android 8.0 Oreo now that Google recently changed it. This lets you safely install apps from sources other than the Google Play Store, like from APKMirror or Amazon.

Previously, all you had to do was enable the install from “unknown sources” setting on your phone, then install apps from anywhere. This was convenient, but not very secure. That’s gone in Android 8.0 Oreo on all phones and replaced with something safer. Here’s what you need to know.

How to Install Apps on Android Oreo Without “Unknown Sources”

Basically, if you want to install apps from somewhere other than the Google Play Store, you have to follow these steps. With Android 8.0 Oreo (and the upcoming Android P) Google replaced the allow from unknown sources setting with “install permissions” for each individual app. 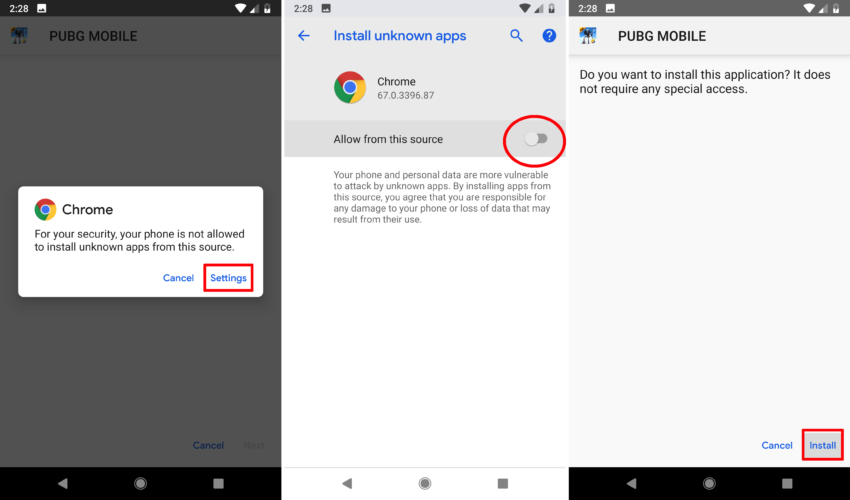 If you go to a website and download an app (also known as an APK) with Google Chrome, you have to grant Google Chrome permission to install it. If you use a different browser or a 3rd party app, you’ll have to grant it permission too. This way apps and websites can’t sneak malware onto your device. This makes it so one master setting doesn’t leave your device completely vulnerable.

This new opt-in method should keep phones safer, a lot less vulnerable, and stop those fake Fortnite APKs from causing problems on Android phones and tablets.

Then, you can revoke access if you change your mind, or if you want to keep your phone as secure as possible once you’re done installing an app. Just go to Settings and search for install unknown apps” and you’ll be able to revoke access in a “Special Apps Access” section. This way it’ll ask if anything else tries to install something to your device.

It’s that simple. Personally, this is just as easy as before, if not easier, but it could potentially make a big difference for security. While you’re here, take a look at our Android 7.0 vs Android 8.0 Oreo what’s new walk-through. Or, see what’s coming later this year in Android P.