This guide explains how to easily install the latest official Android 8.1 Oreo software update on Nexus and Pixel devices. Google announced Android O in August, and the first big update for it is available starting December 5th. And while updates should begin rolling out soon, you can get it early by following our instructions below.

Now that the beta is over, there are a few ways to get Android 8.1 Oreo right now. Wait for the over-the-air update notification, join the beta program and wait for the update, or manually install the factory images from Google. Eligible devices include the Pixel, Pixel XL, Nexus 5x, Nexus 6P, Pixel C tablet, Pixel 2 and Pixel 2 XL. The Nexus Player is not on the list at this time.

Google states this is the first big maintenance release (MR) for Oreo, loaded with new features, bug fixes and other changes. Coming from Android 8.0 to 8.1 you’ll notice changes like the Pixel Visual Core, battery improvements, ambient display tweaks, Bluetooth info and battery levels in Quick Settings, and more. Here’s how to get the latest Android software right away. 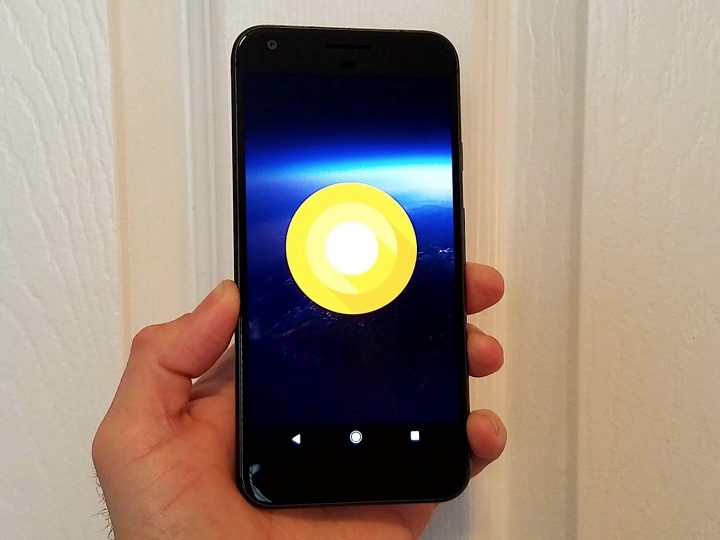 One of the biggest changes in Android 8.1 Oreo is regarding Bluetooth. This should once and for all fix Bluetooth problems for Nexus and Pixel owners.

Before we begin it’s worth noting you can sign up for the beta and go right to Android 8.1, or manually flash the files. However, those coming from the second beta to the official release will need to wait for the OTA update. Manually flashing the software over the beta will not work.

How to Install Android 8.1 Oreo 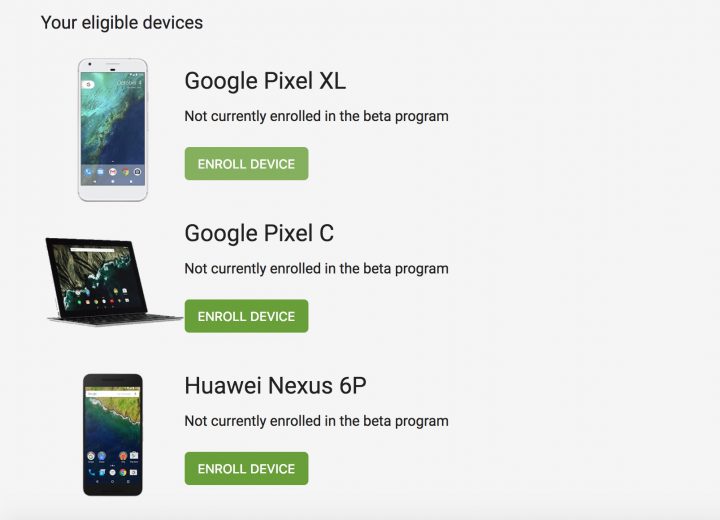 With the beta now over, you should get an update directly to Android 8.1 Oreo. However, there is a small change you’ll get sent the 8.1 developer preview. Either way, the final update will arrive within the next few days.

If you’re already enrolled in the beta just sit back and wait for the stable version of Android 8.1 to arrive. Google confirmed it’s starting December 5th, but could take until the end of the week. Typically updates arrive within 24-48 hours.

Following the instructions above, you will receive a confirmation that you’ve enrolled in the beta, hit OK. Now just wait for the Android 8.1 Oreo update files to arrive and start downloading. Users can also head to Settings > About Phone > and tap Check for updates and try to force the download.

Once you see the update, pull down the notification bar and select download. Your phone will download Android O, reboot and install the software, then restart. Now that you have it, here’s what’s new.

Before you can flash the Android 8.1 Oreo update to the Nexus 5x, Pixel XL or others you will need to install ADB and Fastboot to your computer. This is a program that runs on your PC/Mac to connect to your Android device through a USB cable and flash Android software to a device.

Installing ADB and Fastboot is one of the most annoying parts of installing Android factory images, but several tools make it dead simple these days. Alternatively, Google has an entire guide on ADB and flashing the files. 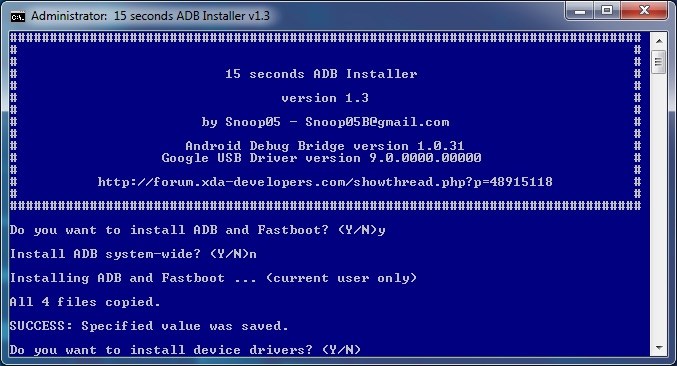 Those running Windows can download a 15 second adb installer to simplify the process and get up and running in a few minutes.

After this, you are now ready to install Android O on supported devices. 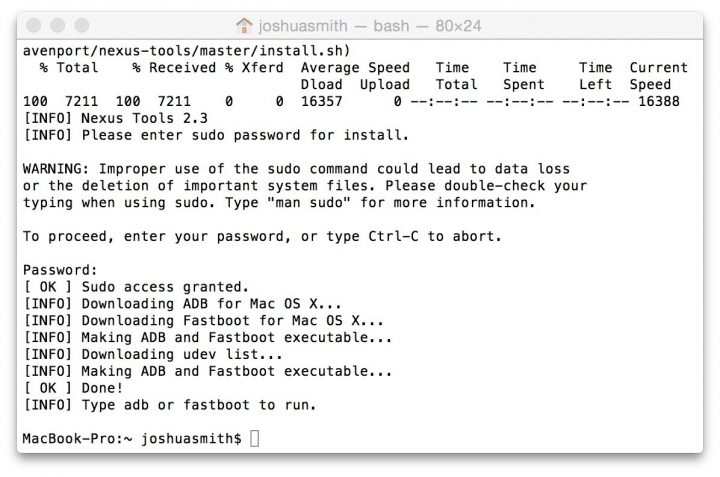 Nexus Tools makes it easy to install ADB on a Mac, Linux or even ChromeOS. Simply open Terminal on the computer and paste in the code from xda. Open a terminal by going to search, and just type Terminal to open it. Then copy/paste that code to get started.

This will install ADB and Fastboot on Mac, Linux and Chrome OS without the need to do anything else. It’s extremely easy and avoids all the ADB package mess that typically takes much longer to complete.

After the script finishes type ADB or Fastboot to start running either process. This is how you start flashing files or system images provided by Google. Remember to head to settings > developer options and enable USB Debugging first. Not to mention newer devices need to enable “OEM Unlock” in developer options so you can unlock the bootloader and flash the latest software. If you did this when you flashed the first beta, you don’t need to do it again.

The first thing you need to do is download the Android 8.1 Oreo system factory images.  You’ll have to agree to Google’s terms to continue, then click the links below to download the files for each device. Make sure you download the right file for your device.

As usual, only select devices are included in this list right now. Those being the Nexus 5X, Nexus 6P, Pixel and Pixel XL, Pixel 2 devices, and the Pixel C Tablet. The older Nexus 5 and Nexus 6 are no longer supported and will not receive Oreo. Click the links below to download the official stable release of Android 8.1 Oreo.

Next, you will need to unzip these files to a folder you can access. We unzipped it to our MAC desktop. After you have the Android Oreo system image unzipped you need to find it. Then type cmd into the address bar on Windows, or open a terminal and direct it to this new folder on Mac, Linux or Chrome OS. Reminder, if you’re on a MAC you need to make sure terminal is running inside the folder you just unzipped. Right-click, open Terminal at Folder.

If your Nexus/Pixel is not bootloader unlocked you should do that first. We could not install Android 8.1 on a locked device. This will wipe it out completely and erase all user data, settings, pictures, etc. Repeat, this will erase everything! If you installed the first beta, you already did this. If you don’t want to wipe out your device, follow the instructions above for the beta program, or flash the OTA update files.

Nexus 6P or Pixel users will need to use “fastboot devices” and then “fastboot flashing unlock” to unlock the bootloader. Then proceed to reboot and follow our steps. 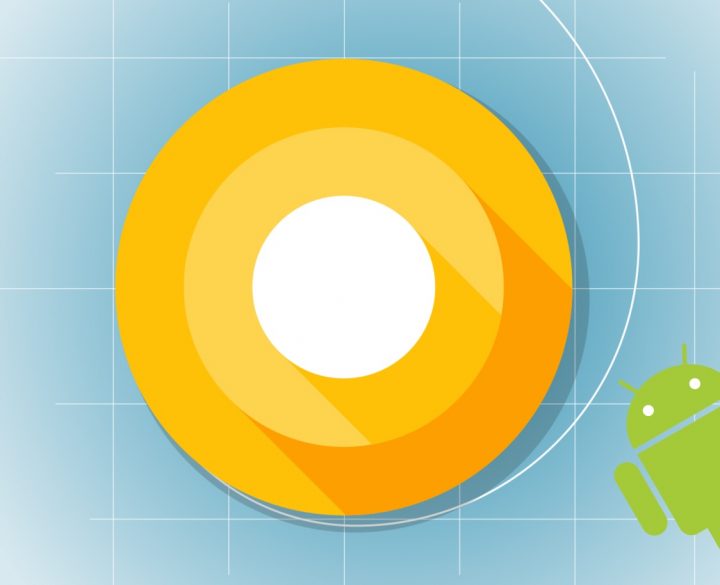 Next, open the folder containing the unzipped Android 8.1 System Image file you just downloaded from above. Type cmd in the address bar. Type the multiple commands posted below and hit enter. Or copy and paste to avoid mistakes. On a Mac you can open Terminal in the folder by enabling terminal shortcuts in settings. This is key for Mac users. Head to System Preferences and select Keyboard > Shortcuts > Services. Find “New Terminal at Folder” in the settings and click the box. Now when you’re in Finder, just right-click a folder and you’re shown the option to open Terminal. Or just do it from the desktop where you unzipped the Factory image as shown below.

Once in the terminal simply copy and paste the commands below to install the Android 8.1 release to your Nexus or Pixel phone. First is for Windows, then Mac.

This will flash all the needed files. If you are on a Mac or other computer you will need to type;

This will push all the files and update your device to the latest Android 8.1 stable software. The files will start sending and installing and your device may reboot. The logo boot screen may stay for a long time. Do not unplug the device. This may last 10 minutes or longer the first time. When Android prompts you to complete setup you can unplug your Nexus or Pixel. It took less than three minutes for us.

It’s worth noting that some users may experience a “missing system.img” error and the installation will fail. This is because the way you’re trying to flash the update. Instructions on how to get around this are right here. Essentially users will need to unzip the update.zip folder and move all the images to the original folder we mentioned above. Then manually flash them one by one, vs the flash-all command we’re using here. Only do this if you run into issues with missing images. It takes a few more steps but works all the same. It flashed just fine on my Pixel XL using a Mac.

When the process finishes you can enter your information or Gmail account and start using Android O right now.

If you don’t want to delete your entire device, don’t manually install Android O per our instructions above. Instead, wait for the Android Beta Program OTA (over-the-air) update to hit your device. Once it does, accept and download the update and follow the instructions. Or just wait for the update right from Google within the next few days.

Again, those who choose to wait for the OTA update do not need to wipe out their device. It installs right over Android 8.0 and keeps all user data. Drop a comment below if you have any questions, problems, or concerns.