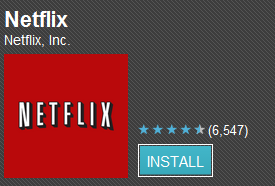 Netflix for Android arrived last week, but only for a handful of phones. While we can go back and forth about who is to blame for this DRM streaming nightmare, it’s better to get past it and get Netflix for Android working on more unsupported devices like the Motorola Droid X2 and other new phones that should have access anyway! We already showed you a way to make Netflix work on ANdroid devices by editing the build.prop file,. but there’s an even easier way that works on a bunch of devices.

The smart guys over at xda-developers have cooked up a modified Netflix installation file that removes the device check. That means you don’t need to edit your build.prop to trick Netflix into thinking you have a supported device. Unfortunately it doesn’t mean it will work on the HTC ThunderBolt.

To get Netflix up and running on your Android phone, just download the modified Netflix apk file from xda-developers and install it like normal. You will need to have install from unknown sources turned on (Settings->Applications->Unknown sources), but that’s all. If you need help finding the apk file after you download it or transfer it to your phone, try Astro File Manager, a free file manager app for Android.

We couldn’t get this to work on the ThunderBolt, but it runs great on the Droid X2 and users are reporting success on an array of devices. If you can get Netflix for Android running on your unsupported device, leave a note below to help out the rest of the community.