How to Run Mac Apps on Android with Parallels Access

Some Android users own Macs and wish they could run a special piece of OSX software on their Android tablet or smartphone. The solution: the newly updated Parallels Access, which formerly only ran on an iPad. It now works on Android phones or tablets, as well as the iPhone. This lets Android owners use their device to run specialized software installed on a Mac via the Parallels Access client software, whether they’re in the same room as their Mac or across the globe. 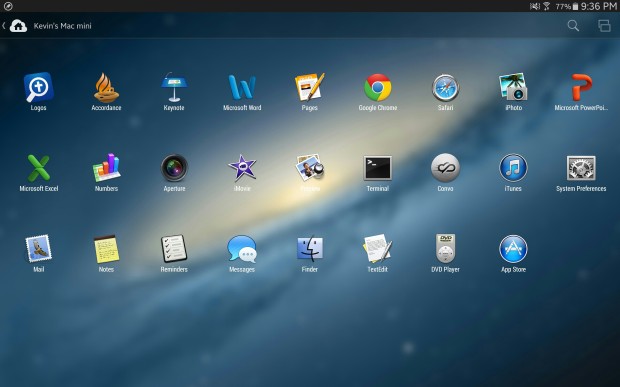 Take a look at our other uses for Parallels Access including …

To get started, sign up for an account with Parallels. This is the company that produces Parallels Desktop, a great piece of software that runs Windows, or other operating systems, on a Mac. Parallels Access costs $19.99/year with a one month free trial.

The subscriber installs the OSX client app on up to five computers. It also works on a Windows PC. Install an iOS or Android app on an unlimited number of tablets or smartphones. The service also works with Parallels Desktop, so users can run programs installed inside a virtual version of OSX or Windows running inside Parallels Desktop, which loads on the Mac. 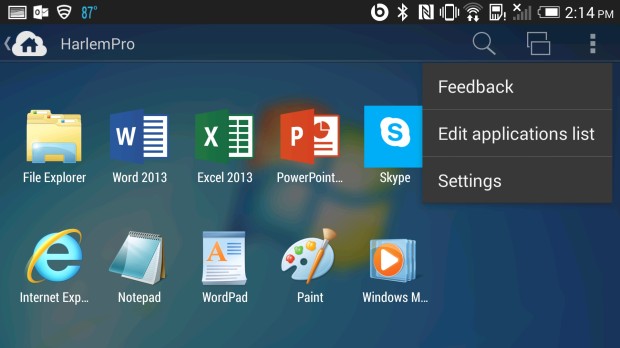 Parallels Access presents the software installed on the computer like they are iPad apps. Their icons show up in the same Android-style grid that Android users are used to seeing on their phones and tablets. 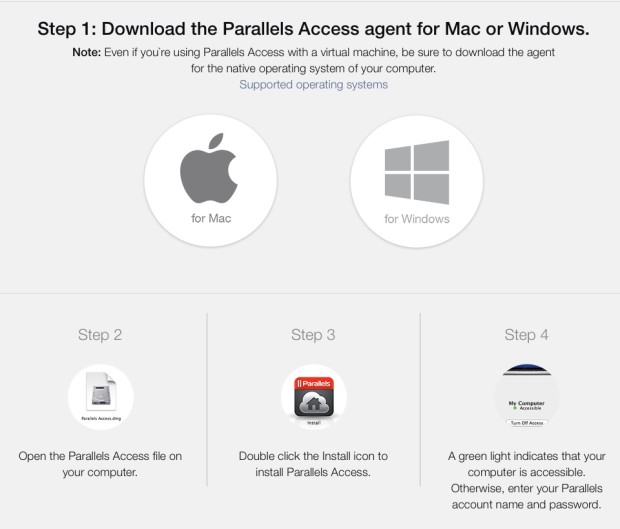 Download the client software for the Windows PC and run it.

Get the Mac client software from Parallels after signing up for the account. Install it, log into the program, and set it to always run. Do this from within the Parallels Access client running on OSX by clicking on the Advanced tab (see below). 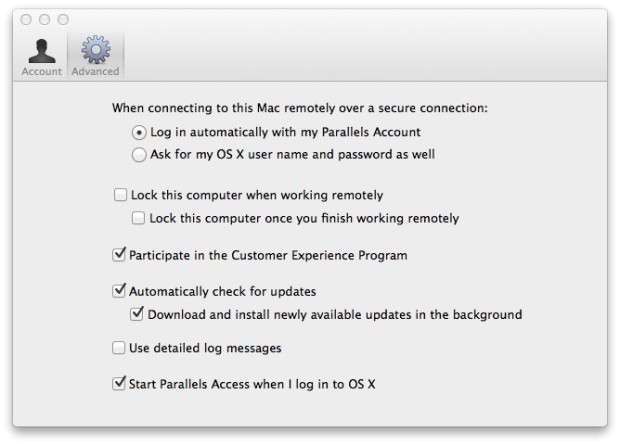 Make sure to check the first item and the last item in Advanced Settings.

Get the free Parallels Access app from the Google Play Store. Log in and the app will show the computers set up in the previous step. 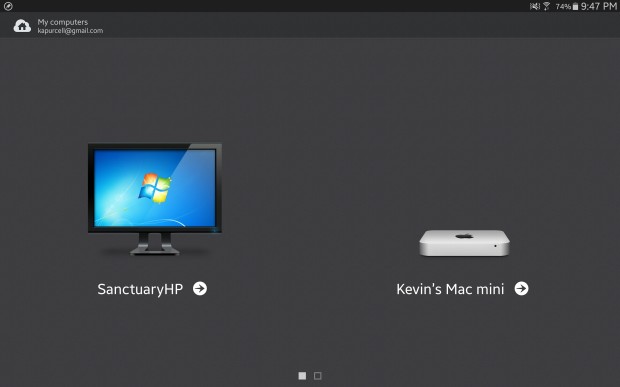 Parallels Access shows all computers connected via the client software. Tap a computer to open the computer’s software.

Running Software on the Remote Mac

Software icons from the Mac presented on the Android version of Parallels Access.

The app lets users add or remove program icons to the app’s screen. Tap on the Android menu button and select Edit application list from the menu. 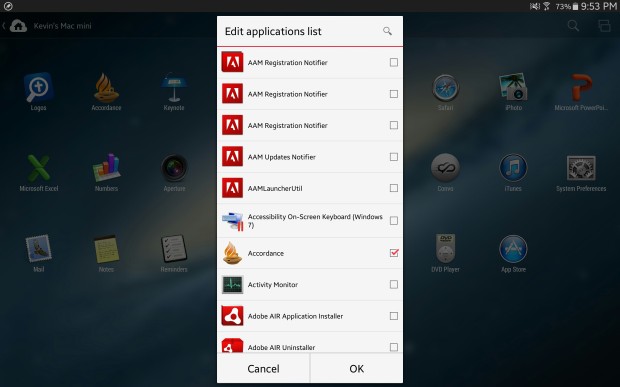 Tap on the Android menu button and then choose Edit application list in the popup window.

Go through the list and tap on the checkbox to change which programs show up in the Parallels Access. A program icon will show up if there’s a check mark in the program’s check box. Tap to turn programs on or off and then tap on OK at the bottom right in the dialog box.

The iOS version of Parallels Access lets users access the files on the Windows computer through a file explorer. That feature doesn’t exist on the Android version for now. Instead, use the previous tip to make sure that Finder shows up on the app’s home screen after opening the Mac. It’s there by default, but check to make sure. Then use Finder to move files around.

Why Run Mac Apps on an Android Device

Here’s some of the best use case scenarios for Parallels Access.

If $20/year seems like too much for this app, consider the free Teamviewer, which non-business users for can install and run for free. LogMeIn now charges more than Parallels Access. Neither of these solutions present the programs installed on the computer in the nice layout that mimics most Android home screen user-interfaces. This simplicity and elegance makes the program’s low price a good value. Now if only they’d make a ChromeOS version of the client software.