In March, Samsung announced the Galaxy S6 and Galaxy S6 Edge, two new flagships that have quickly become two of the best Android smartphones on the market. The two devices come equipped with a number of powerful features including Quad HD displays, gorgeous premium designs, excellent cameras, and a fingerprint sensor for added convenience and security. 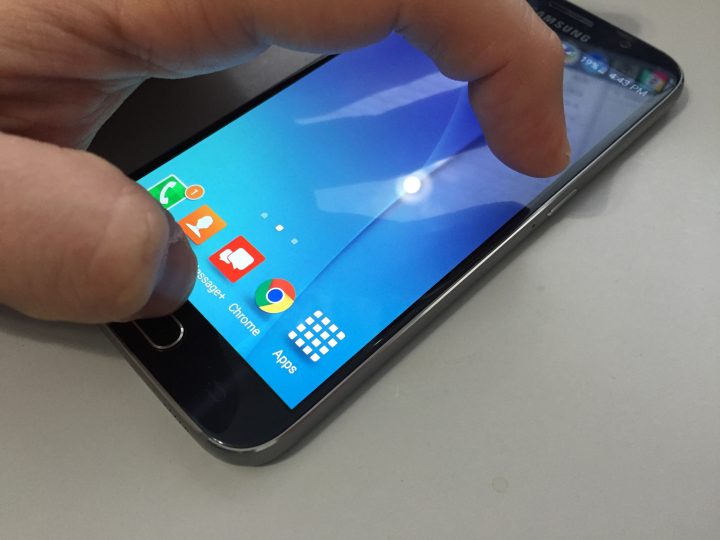 The two devices come with an array of security features including the Android Device Manager that allows users to remotely wipe their phone and Samsung KNOX, a feature aimed at enterprise users. The Galaxy S6 and Galaxy S6 Edge also come with some basic security features that take just a few minutes to setup and use.

Here, we show you how to setup a fingerprint passcode, a pattern passcode, a PIN, and a password. Each has a different level of security ranging from low (pattern/PIN) to high (password).

How to Set the Galaxy S6 Fingerprint Sensor

In order to setup the Galaxy S6 fingerprint sensor, you’ll first want to head into the Galaxy S6’s Settings. Once you’re there, you’ll then want to select the Quick Settings tab or the Personal Tab. That’s where you’ll find the Lock screen and security section. Tap on that. 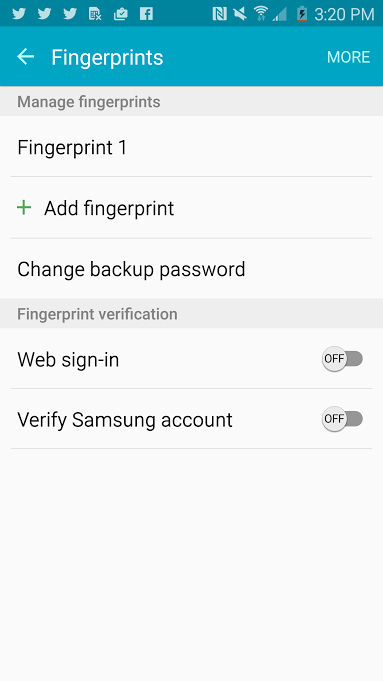 Next, you’ll want to select Add Fingerprint and then you’ll need to go through the process. The entire process only takes a few minutes as it asks you to input your fingerprint. Once you setup one fingerprint, you can add others. This is useful if you primarily use on hand, or different fingers, to unlock your Galaxy S6 or Galaxy S6 Edge.

The Samsung Galaxy S6’s fingerprint sensor is a touch-based sensor which means that you need only to press your thumb or another finger down to unlock the phone.

If you spend a ton of time in one place, you’ll also want to consider using Smart Lock. To access it, head into Secure Lock Settings in the Lock screen and security section. Once you’re there, select Smart Lock.

Here, you can set your trusted places. Once you setup a trusted place, your phone will recognize where it is. If it’s in a trusted location, it won’t required a fingerprint scan. Once you leave the area though, it will lock itself up.

How to Set a Pattern

If you’ve owned an Android phone at any point before this, pattern will probably be familiar. Pattern allows you to draw a unique pattern to unlock your Galaxy S6 or Galaxy S6 Edge. 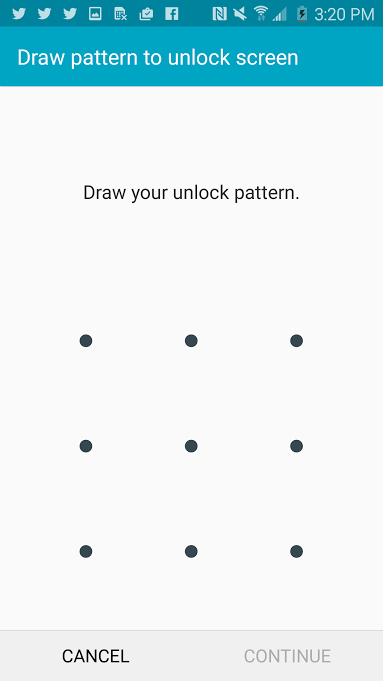 You can also set a pattern.

If you opt to use the Pattern lock feature, the pattern shouldn’t be simple. Instead, we recommend a complex pattern that will be hard for people to guess. Just don’t make so difficult that you have a hard time remembering it.

You’ll need to input your pattern twice before it sticks.

How to Set a PIN

If you don’t want to have to remember a pattern, and many of you won’t, you can make things a little easier on yourself. The PIN feature, found in the same Screen lock type section, allows you to draw up a set of numbers to unlock your phone. 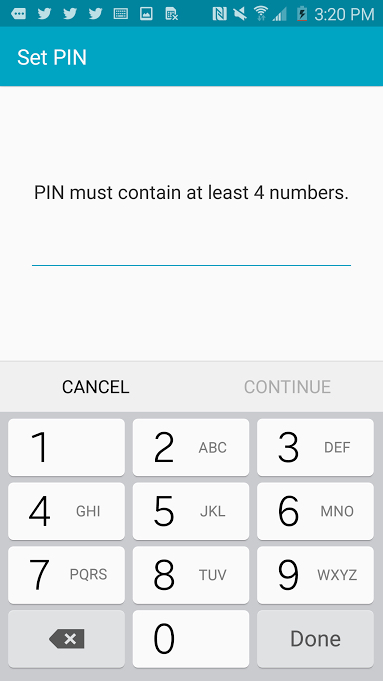 Samsung requires you to use at least four numbers and the PIN can’t contain more than 16 digits. We don’t recommend using 16 digits unless you have impressive memory recall. Once you decide on a set of numbers, input them and the device will save them as your PIN code.

If numbers aren’t your thing, you can also setup a password to lock your Galaxy S6 or Galaxy S6 Edge. The Password option is found in the Screen lock type section that we’ve mentioned several times over. 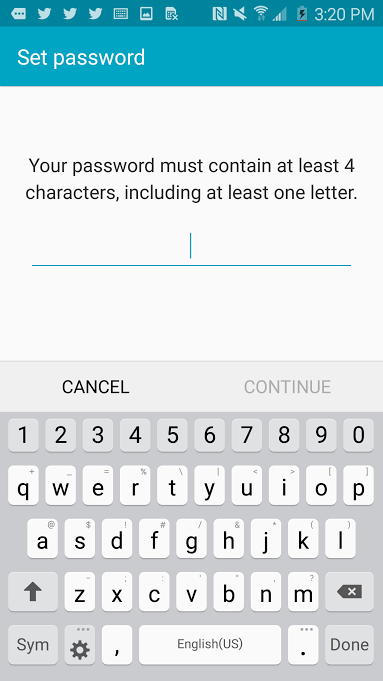 Password is different from PIN in that it allows you to use letters and characters. Your password must contain at least four characters including one letter. It cannot contain more than 16 characters. Again, you’ll want to find a median between simple and complex. It shouldn’t be easy to guess nor should it be impossible for you to figure out each time you want to unlock your phone.

Enter your password when it prompts, enter it again to confirm, and your Galaxy S6 or Galaxy S6 Edge will now be protected by a password.