The new LG V10 is LG’s first smartphone in the U.S. with a fingerprint scanner. Which aims to take on Samsung, Apple, Google and more. Now that it’s available from three major carriers, below is a quick guide explaining how to setup the V10 fingerprint scanner.

LG’s V10 smartphone is one of the most unique and powerful devices released in 2015. It has three cameras, two screens on the front, a durable metal design, and of course the new fingerprint scanner on back. It has a lot of options for buyers, but they’ll need to know how to use everything it has to offer.

Read: How to Take a Screenshot on the LG V10

Most smartphones have the same implementation of fingerprint scanners, but LG’s option is a little different. It’s also not in the usual place in settings in terms of setting it up. Those with the new LG V10 will want to read on for a few simple instructions to set it up and make their phone more secure. 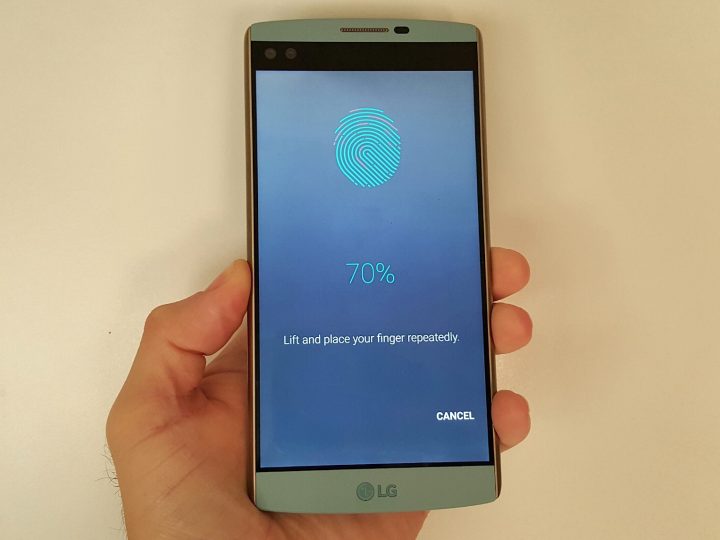 In an effort to protect the LG V10 from prying eyes or in case of loss or theft, setting up the fingerprint scanner is one of the best choices to make. That said, for whatever reason LG doesn’t have it as a choice during the initial setup when buyers first boot up the phone.

Samsung, Google’s Nexus phones and more all make adding a fingerprint for security easy and painless, but LG seems to have it hiding. If you’re enjoying the new LG V10 but want added security, lets get started.

Rather than finding the fingerprint options under lockscreen & security, users will need to navigate to the “General Tab” then “Fingerprints & security” to get started. The images below are an example of what to look for in settings, and how to get started. 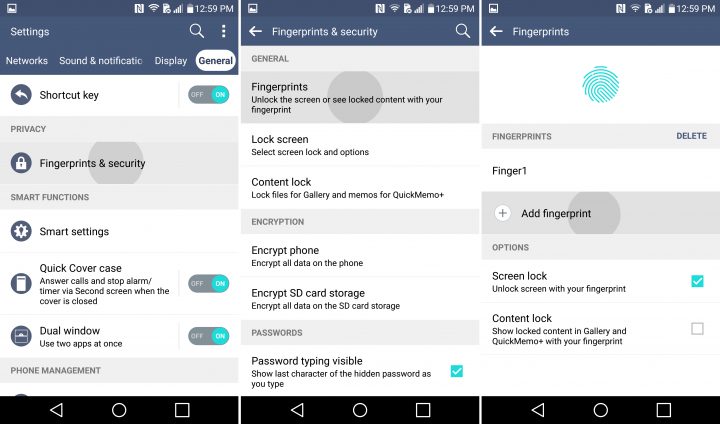 Users will go to settings > general > fingerprints and security > tap “fingerprints” again, enter a password or pincode, then select “add fingerprint” to begin.

The LG V10 fingerprint implementation doesn’t seem as good as HTC, Samsung, Google, or Apple, in my opinion, but is still a great option for those who own the phone. Setup takes a lot longer than most. In fact, the Nexus 5X and Nexus 6P will map and save a fingerprint in six taps, but the LG V10 takes at least 15-20.

Users will be prompted to put their finger on the sensor, then lift it off again, and do this over and over again and at multiple different angles, to get a 100% accurate reading. Do this multiple times after the vibrates until it completes and turns green. It’s best to use the tip, the full fingerprint pad, turn sideways and do it one handed, or any other potential angles users will try while operating the smartphone. This ensures the best reading possible, for an accurate and fast fingerprint login experience. Don’t forget to do this again for a 2nd or even 3rd finger. 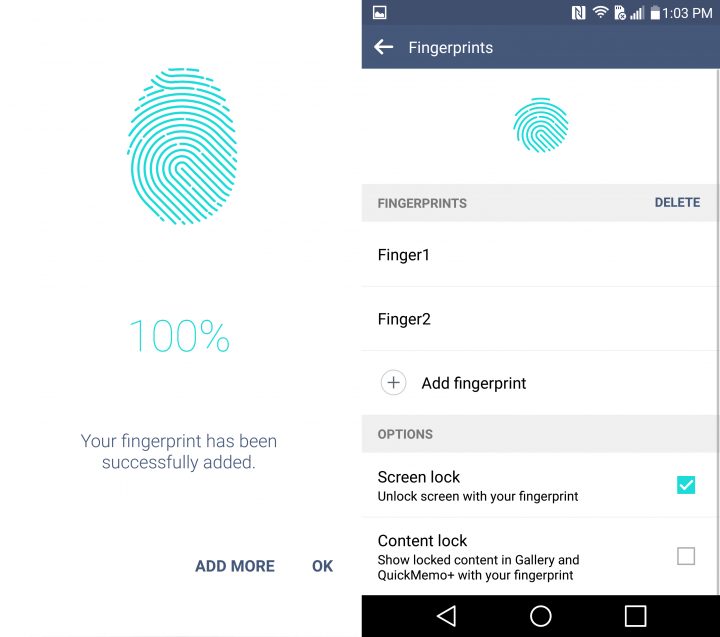 Once done the LG V10 confirms the fingerprint has been saved. Users can select to add another finger, name each print to keep track of what’s been added, and that’s it.

You’re all done. Now the LG V10 can be turned on and unlocked all in one swoop. Simply push the round power button on back, and it turns it on and unlocks the screen in one motion. Allowing for more security, quicker access to unlock the device, and more.

However, after done the LG V10 still doesn’t seem as accurate as the competition. As a result, I saved the same finger twice, which gives the phone a better chance at recognizing the fingerprint on each tap. After adding the same fingerprint twice my experience has been much improved, and nearly as good as the Galaxy Note 5 and Nexus 6P.

Many 3rd party apps from the Play Store have added support for fingerprint technology for easy sign-in as well. A few popular ones are PayPal, Bank of America, LastPass and more. Follow the steps above and enjoy an easier, safer, more convenient LG V10 experience.