Before you start, understand that to do a few of these tweaks the user must put the phone into developer mode. If this scares you, then skip the first section.

To get started, open the Samsung Galaxy Note 4 Settings. Slide down from the top of the screen and choose the gear icon in the upper right corner to open the Settings app. 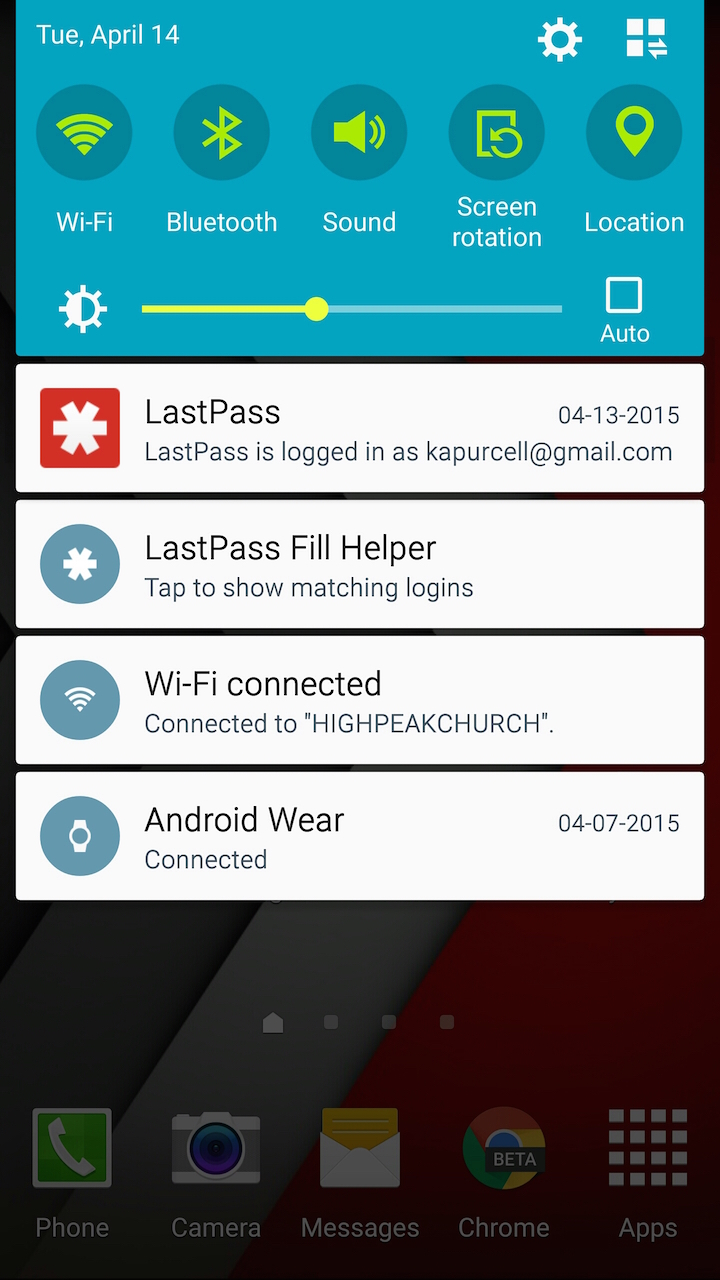 Turn Off or Speed Up Samsung Galaxy Note Visual Options

We’re using Lollipop, the latest version of the Samsung Galaxy Note 4 operating system on an AT&T phone. Some things might look a little different on your model.

Find the About device section, usually under the GENERAL tab in Settings. Scroll down till you see the Build number on the list. Tap on it 7 times until the phone tells you it’s turned on Developer mode.

Tap on the back button, either the arrow on the top of the screen or use the button next to the home button below the screen. Now you’ll see an item called Developer options. Tap it to open it. 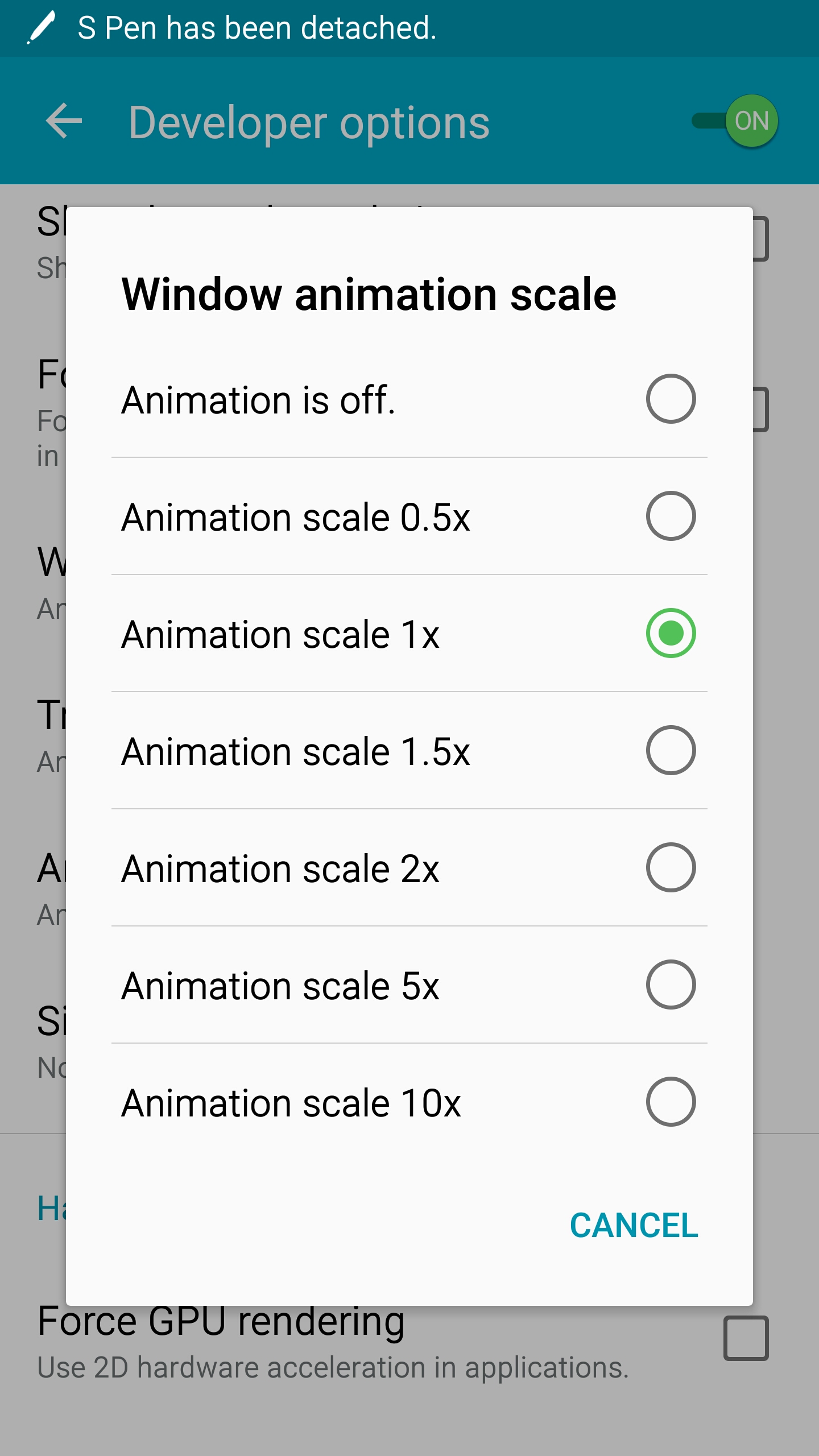 All of these control features that handle how the operating system shows on-screen transitions from window to window or how it shows movement of objects on-screen. They’re just eye-candy, so turning them off doesn’t hurt the phone and makes it seem faster.

The Samsung Galaxy Note 4 ships with some useful apps, but it also comes with junk that most users never open. These can sometimes launch the background, slowing things down and even killing battery life. So we’ll turn them off in Settings.

Inside Settings slide to the APPLICATIONS tab which sits all the way to the right. Tap on Application Manager to see the apps installed. Slide to show the ALL list, second from the right. Find apps that you will never use and tap on the name of the app. For example, I never plan to use AT&T Navigator. So I’ll tap it and then tap on the DISABLE button. The Note 4 will warn you that this can cause errors. If you’re careful, this won’t happen with most of these apps. Tap on OK and move on to the next app. 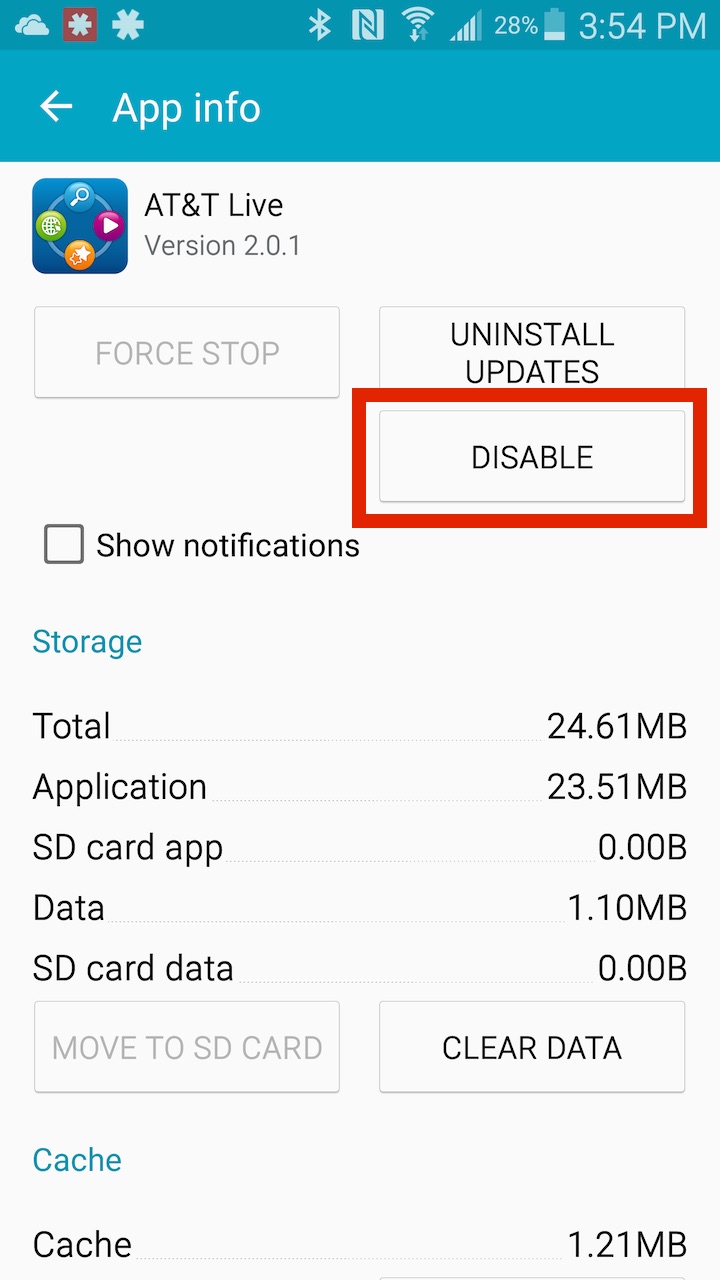 If you find you’d like to restore one of the apps you disabled, then find the TURNED OFF tab in the Application Manager all the way to the right. Tap on the app you want to turn on and tap on ENABLE. This restores the app.

Turning off apps not only stops them from launching, but it also removes them from the Application Drawer, which clears up clutter making easier to find apps you will use.

Touchwiz, the default user interface on the Samsung Galaxy Note 4, comes with transition effects that give the user a pretty effect when they swipe between the home screens. Turn this off to speed up the swiping a bit. 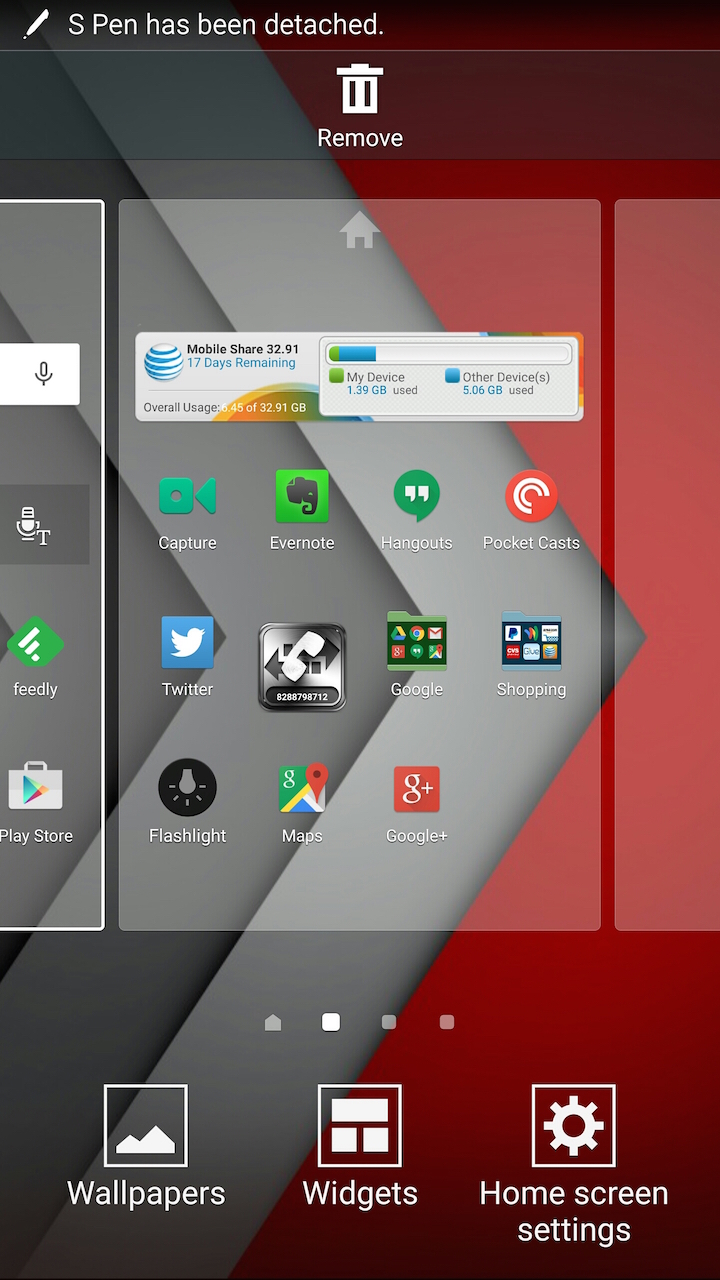 This won’t speed things up much, but every little bit helps.

People who prefer Google’s voice interaction to Samsung’s S Voice can speed things up a bit by turning off the double tap to bring up S Voice. Users much setup S Voice before they can turn off the double tap feature. So double tap the home button and it brings up the setup wizard. Follow the instructions to get through it. Once you get through the wizard the S Voice app looks like the image below. Tap on the three dots in the upper right to bring up the menu. 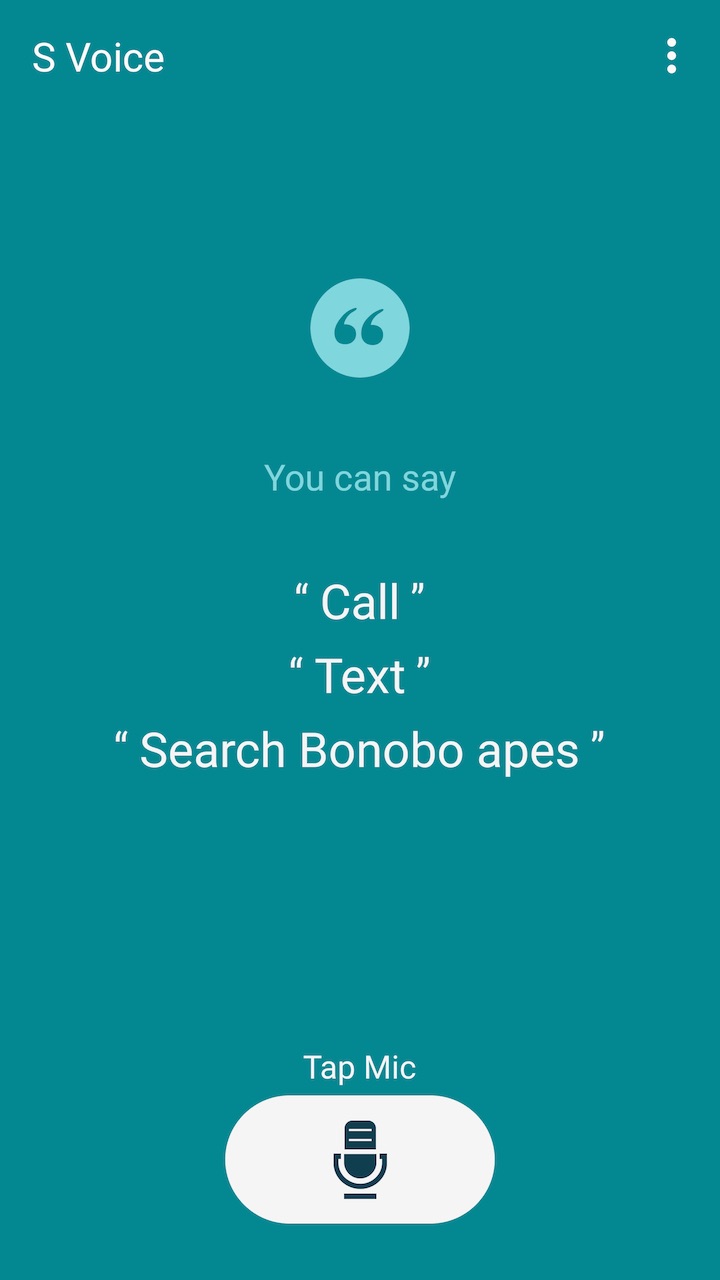 On the menu that pops up, select Settings. Uncheck Open via the home key to turn off the double tap on the home key which opens S Voice by default. Then tap on Voice wake-up. 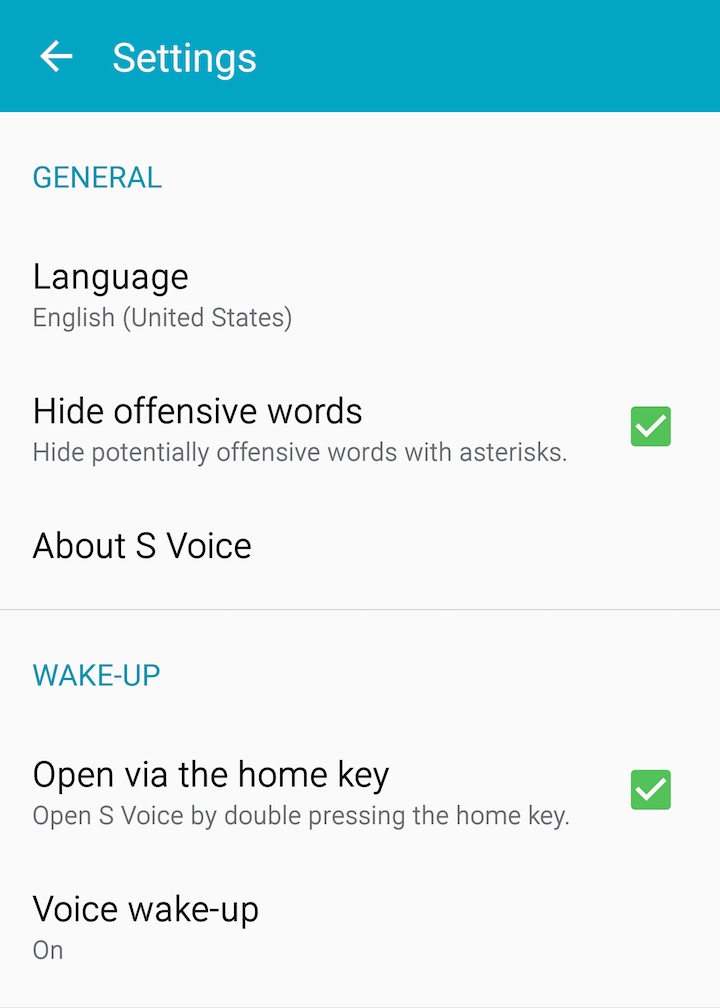 The phone will warn you that it might not recognize your voice if you change these settings. Hit OK anyways. In the upper right there’s an ON/OFF slider button. Tap it to turn it to OFF. This disables the feature and since it’s no longer listening for your voice, it frees up some of the phone’s memory and speeds things up a little.

There are apps that you installed and may no longer use. Uninstall them or at least clear out the cached data. This speeds things up because the phone doesn’t work as hard reading the files on the storage.

Open Settings and find the APPLICATIONS tab again. Open Application Manager and look for apps you don’t use. Tap on the app and choose CLEAR DATA and then UNINSTALL. If you don’t want to install it, but still don’t use it much then only clear the data.

Now open the My Files app and look for files you don’t need anymore. The biggest data hogs are music, video and image files. Make sure you back these up first, unless you really don’t care about losing them. Select files and then tap on the Share button from the toolbar at the top of the screen. Then upload them to somewhere like Dropbox.