On April 13th Samsung announced the new Galaxy Note 5 and a bigger Galaxy S6 Edge Plus. These two new phones are some of the most powerful on the market, and have tons of functions and features. One extremely basic feature that everyone should know about, is how to take a screenshot.

Read: How to Reset a Frozen Galaxy Note 5

This trick is an old one that almost all Android users know, but Samsung devices do it different. The Galaxy Note 5 screenshot function can be done in three different ways now, one which has been the same for years and years, one is a gesture swiping your palm on the screen, and the third is new to the Note 5 and can take scrolling screenshots of entire pages or emails, not just what’s on the screen. Read on to find out how to take a screenshot. 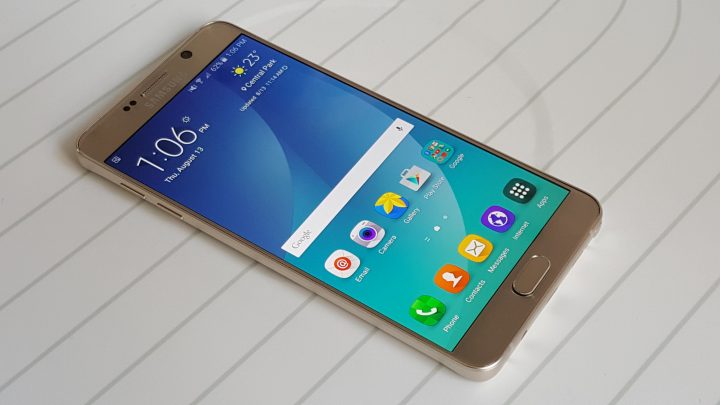 Anyone that’s used a Samsung Galaxy phone in recent years will know how, so this is for all those new owners. If you’re a convert leaving the iPhone or a previous Android smartphone owner, below are the few simple steps you’ll need to take in order to capture and save a screenshot on a Samsung phone.

For those confused. A screenshot (screencap, screengrab) is essentially our smartphones capturing and saving whatever is on the screen. This can then be edited or cropped to get exactly what you want. This is a great feature to save things, share photos with friends, and a variety of other uses. So lets get started.

Saving a screenshot is ridiculously easy on Samsung smartphones. All you’ll need to do is simply push and hold both the power button+home button at the same time. Briefly push and hold both buttons and let go, and you’ll see and hear the screenshot capture. That’s it. The phone saves whatever was being displayed, and can be accessed from the gallery or in the notification pulldown bar. From here users can share it, go into edit mode and crop out anything, and easily share it with anyone they’d like.

There is also a second method that’s even easier, although I find myself using the original method more. Samsung has neat gestures with the Galaxy Note 5 and these also work. A quick swipe of the edge of your hand across the entire display will also capture a screenshot. You’ve probably done this by accident and didn’t know what you did, but it’s actually a feature. See the image below for an idea of what we mean. 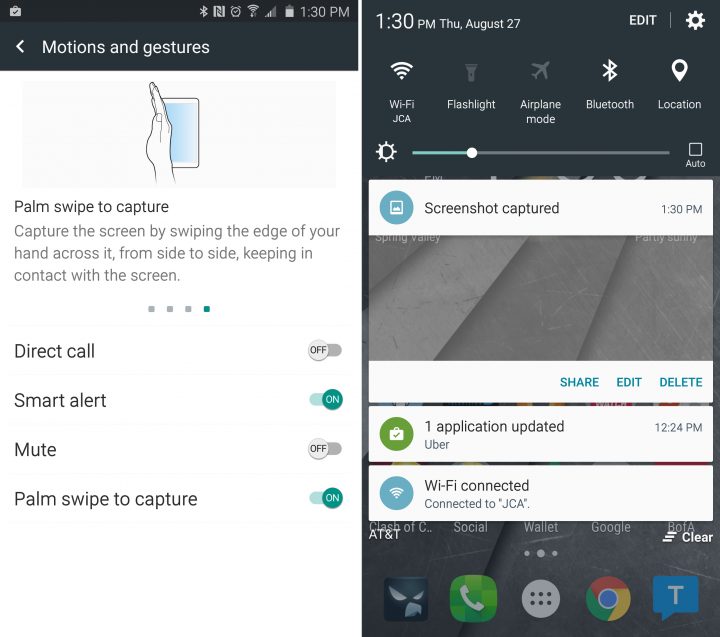 Owners can head into settings > device > motion controls and make sure the “Palm-swipe” gesture is enabled. Once you’ve done this simply swipe the edge of your hand across the front of the screen and it takes a screenshot. It’s that easy and you’re all done. I just stick to the power and home button combo myself.

New to the Galaxy Note 5 is a brand new feature calling scrolling screenshot, or a continuous screenshot. This essentially lets you take a screenshot of an entire email, webpage, book and more. Rather than doing it one at a time with the button combo, this uses the included S-Pen stylus. With this users can take a screenshot that’s much much longer than what’s being displayed on the screen, and it’s extremely easy.

Pull out the S-Pen stylus and tap the green “Screen Write” option. This will instantly take a screenshot of whatever is on the display. Then an edit mode will appear with options at the top and bottom of the display as shown below and highlighted in red. 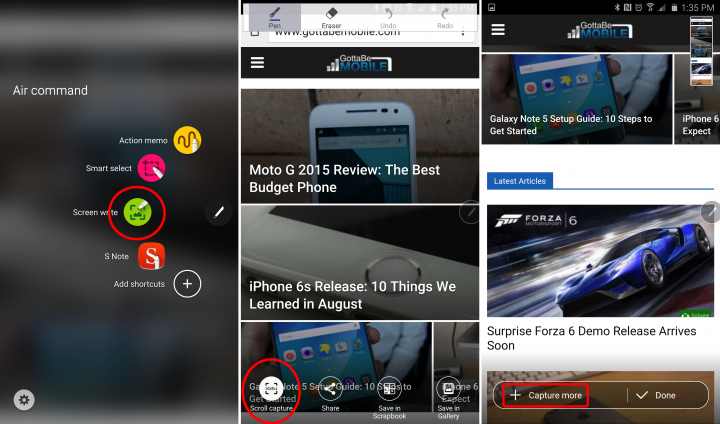 Tap the bottom left option titled “Scroll Capture” and it will scroll down and take another screenshot. Users will then get an option to “Capture More” to keep taking screenshots of an entire email or website, or hit done. Owners can tap capture more over and over and take huge screenshots, then share them or do with them as they’d like. This is a great way to save an entire text conversation without taking 15 screenshots, however you’ll now have one huge image.

That’s it, above we’ve gone over all three ways to take a screenshot on the new Samsung Galaxy Note 5. The S-Pen stylus just keeps getting better and better, and that last one is one more neat trick Samsung reserved exclusively for the stylus. Give it a try today.