The newest version of OS X (OS X 10.10 Yosemite) is currently in its beta stages and isn’t available to the public just yet, but you can still try it out for yourself without erasing your current Mac setup.

OS X Yosemite was unveiled earlier in June at Apple’s WWDC developers conference. However, this new version received a big facelift in the form of a completely new user interface design and a handful of new features, like iPhone-to-Mac AirDrop support and the ability to send SMS text messages from iMessage on your Mac, as well as send and receive phone calls.

It’s up to you which method you want to use, although the USB flash drive method might make Yosemite run a little slower since it’s running off USB, but if you have a speedy USB 3.0 flash drive, you might be fine. 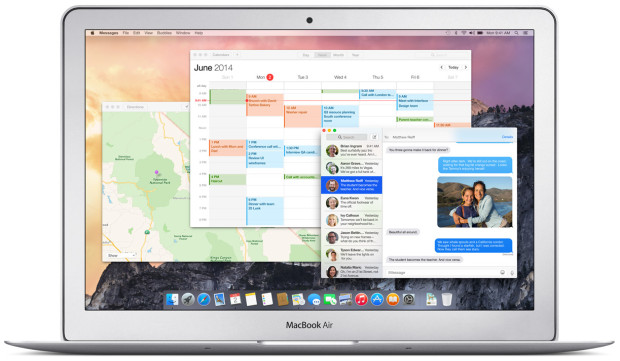 Here’s an overview of how to install OS X 10.10 Yosemite using either of these methods, allowing you to keep your current OS X 10.9 Mavericks setup intact and free from disruption.

Before you start to create new partitions and such, you’ll want to install the OS X Yosemite beta first. If you’re a registered Apple developer, all you need to do is log into the Dev Center and you can download it from there through the Mac App Store.

If you’re not a developer, you can visit this website and download the developer preview of OS X Yosemite by clicking Direct off to the right of the latest version. You’ll be redirected to the download site where it’ll take a few hours to download the .DMG file since it’s around 4.5GB, depending on your internet connection. 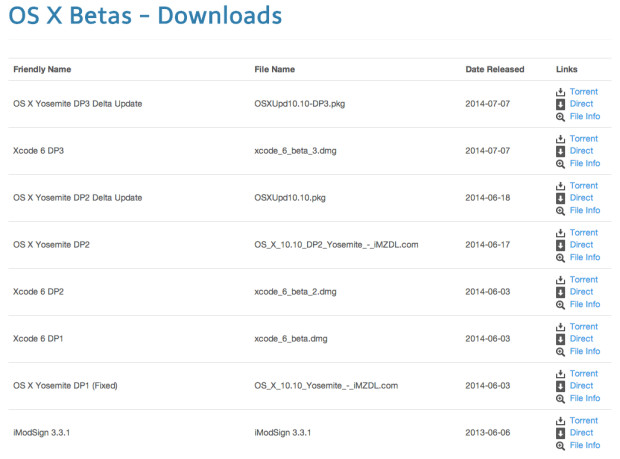 One method for testing out OS X 10.10 Yosemite without ruining your main OS X setup is to create a separate partition on your Mac’s storage drive and install the beta operating system on that. To do this, follow these steps: 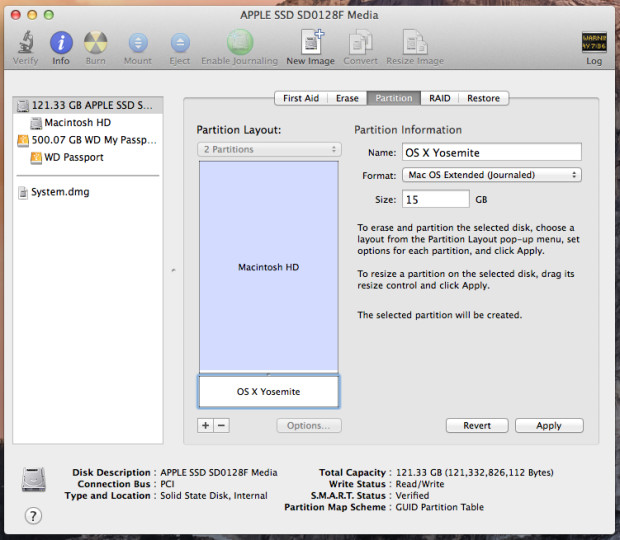 Scroll down for instructions on installing OS X 10.10 Yosemite to your newly-created partition.

If you don’t want to mess with partitions and risk screwing up your storage drive in some way, you can install OS X Yosemite on a USB flash drive and run it off of that, which is probably a much safer option anyway if you have a spare USB drive laying around. However, we recommend that it be a USB 3.0 flash drive and that your Mac supports USB 3.0, since anything slower won’t run OS X Yosemite quick enough. 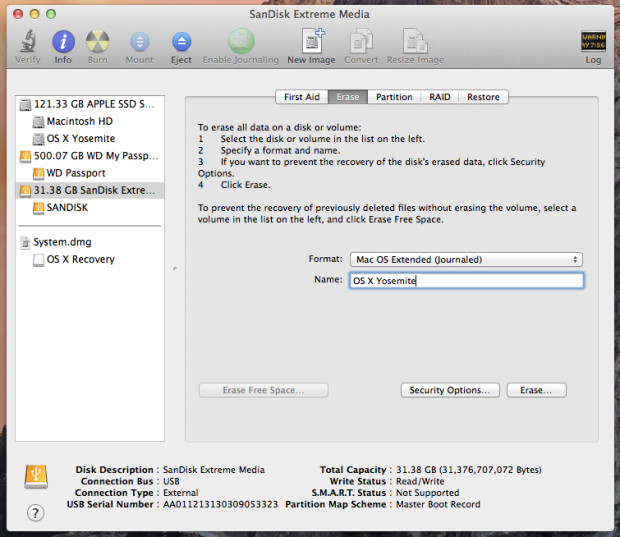 Installing OS X 10.10 Yosemite is actually really simple. Simply just launch the installer that you downloaded (it may come in a .ZIP file if you downloaded from that one website, but you’ll just unzip it to get the installer file) and it will bring up a splash screen. Click Continue, agree to the terms and conditions, and then click Show All Disks. 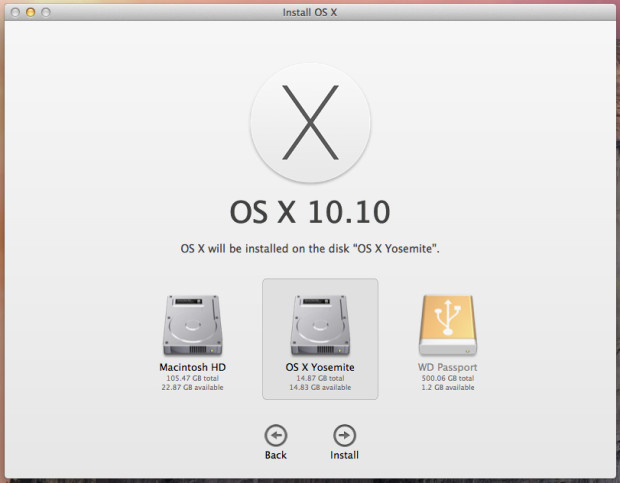 Once the installation is complete, you’ll go through OS X Yosemite’s Setup Assistant to set up iCloud, iMessages, etc.

Switching Between OS X Yosemite and Your Current OS

If you’re wanting to go back to your current main operating system, simply just reboot and hold down the Option key, and then select your main hard drive from the list of drives shown. Your Mac will then boot into OS X Mavericks or whatever your current setup is.

Likewise, whenever you want to boot into Yosemite, just plug in your flash drive, reboot and hold down Option, and select the flash drive from the list.