Let me start out saying that I am not a big fan of unlocking, rooting, and jailbreaking phones. It’s not that I see something fundamentally wrong with doing so, it’s just that I am lazy. I have jailbroken iPhones before and even rooted Android phones, but I am very simple and don’t normally need added functionality. When I was reviewing phones right and left back in the day, I was too lazy to spend time to accomplish all this for a device I was only going to have a couple of weeks. I just got used to using stock ROMs and most of the time, they are ok for me.

In order to use this homebrew app, you have to unlock your Windows Phone. Luckily, ChevronWP7 makes this process somewhat simple. From what I can tell, you must have a PC with Windows 7 or Vista on it. Then, and this is the kicker for some, you head over to labs.chevronwp7.com and pay $9 to gain access to their software that unlocks Windows Phone 7 devices.

You will then see the app pop up and it will guide you the rest of the way. Here are screenshots of this process. 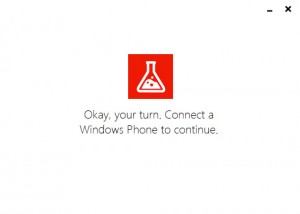 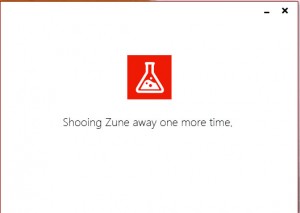 I started the app with the HTC Titan disconnected. The unlocker prompted me to connect it. When it was connected, the Zune software automatically launched. The next pop up told me it was closed for me. :) 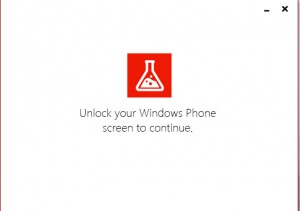 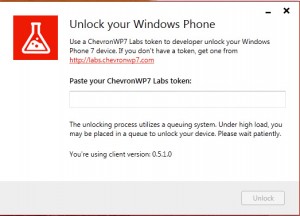 Next, it asked me to unlock the HTC Titan and then a prompt to enter the token I purchased earlier. 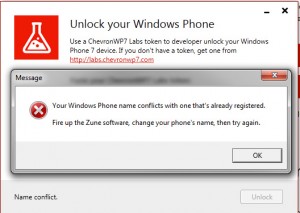 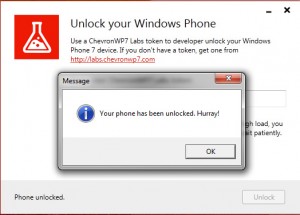 That’s it, the HTC Titan is now unlocked and I am going to be able to install apps that aren’t from the Windows Phone Marketplace.

Please keep in mind, there are dangers associated with altering the core OS like this. If you choose to unlock, root, or jailbreak a phone, do so at your own risk.