Regardless of the touch Tablet evolution we’re in, some users won’t even think of a Tablet unless they can have a keyboard. Microsoft recognized that consumer hesitancy when it developed and released its multi-touch Tablets by including a keyboard. Well, it’s not fair to say “included” because the keyboards are optional and cost additional. Nevertheless, one of the distinguishing features of the Microsoft Surface line of Tablets is the detachable keyboard cover. There are two varieties: The Type Cover and the Touch Cover. Judging by the fact that you can’t find some models available currently in Microsoft Stores or other retailers without a shipping delay, Microsoft guessed correctly. Microsoft’s online ordering system now says that a Type Cover ships by December 15. 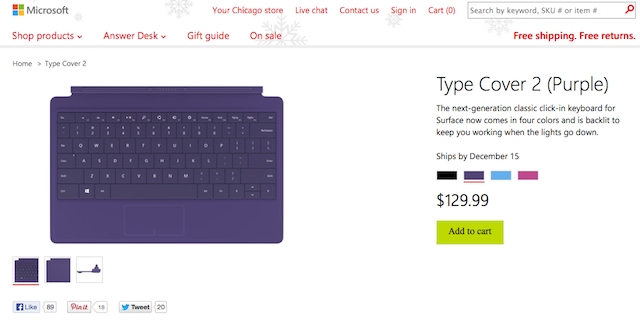 With the release of the Surface 2 and the Surface Pro 2 Tablets last month, Microsoft also rolled out new editions of the Touch and Type Covers, called, the Touch Cover 2 and the Type Cover 2. (No naming hangups there.) I purchased a Touch Cover 2 and prefer that model having tried both a Touch and a Type Cover on the original Surface RT. Not only do these keyboard covers attach easily to the Surface 2 with magnets and the famous “click,” they also provide a nice protective cover for the screen when you fold them into the closed position. The engineering that went into the design of the Covers is quite good. The most visible new feature is that these new covers now have backlit keyboards. But these keyboards also contain more sensors than the previous models. With those extra sensors comes improved gesture capability of the Trackpad or TouchPad as Microsoft calls it.

If you prefer using a keyboard this means you can access the Charms Menu and the list of your running Apps without having to reach up and touch the screen. You can simply swipe left or right on the Touchpad to bring up these two menus.

You can also use finger taps on the TouchPad for certain functions.

You can achieve the actions by using the left and right buttons immediately below the Touchpad. Many of these gestures and functions have been available on trackpads for some time now.

Also on the 2nd edition of the Surface Covers (remember they aren’t just keyboards) you have some new and different functionality with the Function keys. 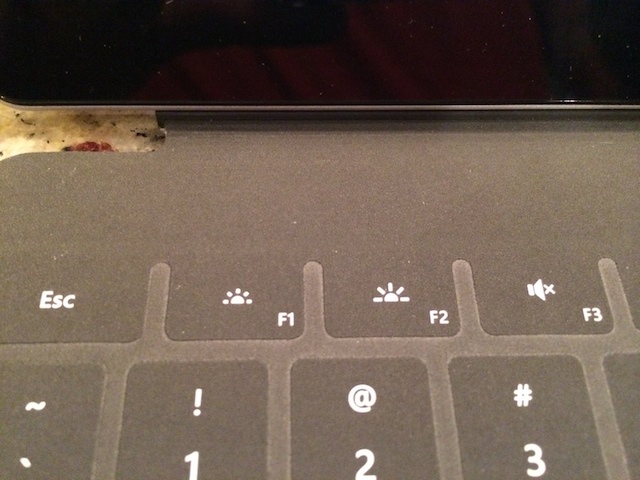 There is a Fn key to the right of the Space Bar that allows you toggle between regular Function Keys (F1-F12) or the corresponding settings Microsoft programmed into those keys. 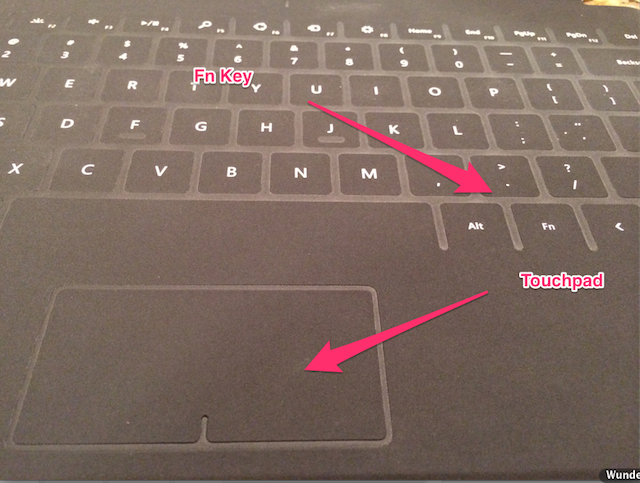 The Touchpad and the Fn Key

This comes in handy if you’re a big user of Function Keys. You can lock the Functions Keys into that regular mode by pressing the Fn key and the Caps lock key.  When in locked mode you can still access the pre-programmed functions by pressing the Fn key and the Function Key with the desired action. (Example: Fn + F5 brings up the Charms Menu when you are in locked mode.)

The Surface 2 Covers, in combination with the Surface Tablets, also offer on screen suggestions for words, allowing you to hit the space bar to insert the highlighted option if it appears. 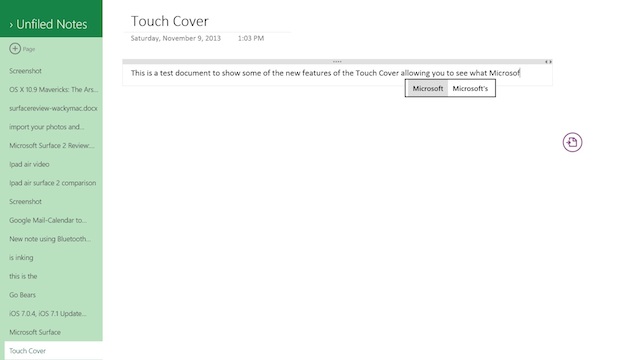 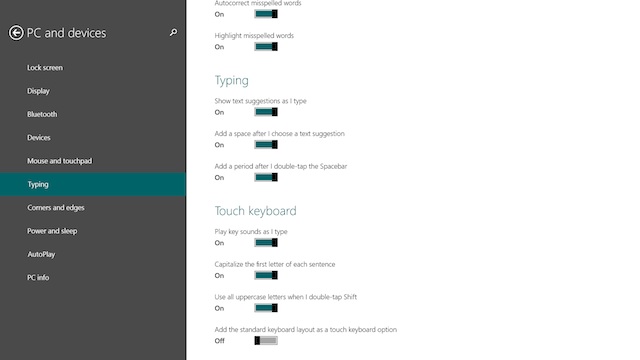 You reach those settings pictured above from the Charms Menu/Settings/Change PC Settings/PC Devices/Typing. Don’t be fooled when once you navigate through Charms/Settings and see Keyboard as an option. 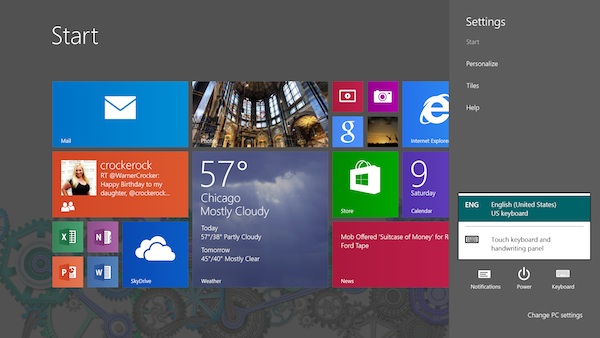 You can also tap the space bar twice to enter a period at the conclusion of typing a sentence.

No Predictive Text on the Desktop

The above predictive text entry only works on the Metro side of things and does not work in Microsoft Office or OneNote on the Desktop. 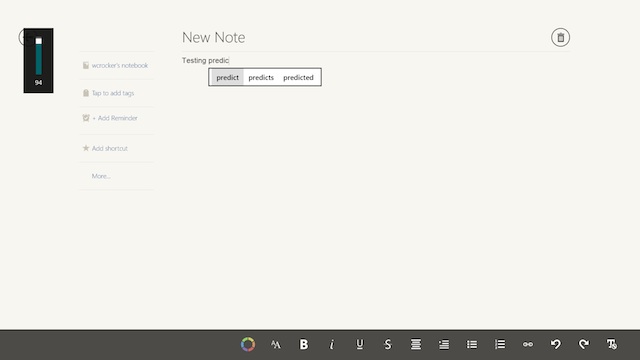 The examples I’m showing are in the Metro version of OneNote and Evernote. I think many will make the assumption that consumers who buy Surface 2 because of the free Office 2013 suite of Apps will be doing most of their work on the Desktop side. That was the market and that’s one of the big reason for the keyboard. This feature not being included for access by those Desktop Apps seems to be somewhat confusing. Perhaps this is different on a Surface Pro 2, but this is the case on the Surface 2.