I’ve had a Google Voice number for years and I use it on my smartphones, landline and work phones so I only have to give out one number yet get calls wherever I am. Recently, I installed Google Voice on my Android tablet so I could answer text messages or listen to voicemails without having to turn on my phone.

Even though my tablet doesn’t have a number and can’t make calls (without help), it’s still a useful platform for Google Voice. Same with Android media players like the Samsung Galaxy Player. In fact, with Google Voice you can turn a non-phone device into a free texting paradise for a kid or teen.

Since tablets and media players don’t have numbers, you can just enter your cell phone or landline as your first forwarding number.

Step 2: Connect this Google account to your device. If it’s the same account you used to first set up the device, move on to the next step. If you need to add another account, go to Settings > Accounts > Add Account.

Step 3: Install the Google Voice app. You can find in the Google Play Store.

If your device doesn’t have the official market you can use this Chrome extension to download any Android app to your computer, then sideload it to your device. 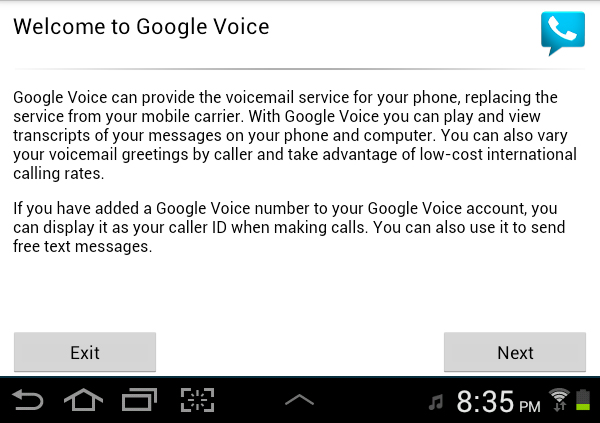 Step 4: Set up the app. When you open it for the first time it will walk you through the necessary steps. Choose the account associated with Google Voice on the second screen. 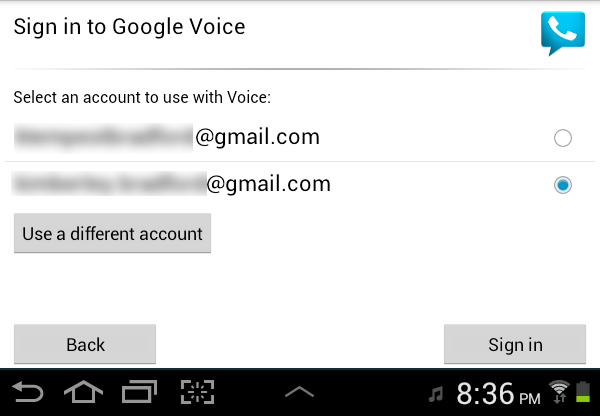 Since you’re not setting up a phone there are fewer steps than a normal Google Voice installation. The app will start syncing your Inbox right away.

Step 2: Type in the number to call or type letters to do an instant search for an existing contact. 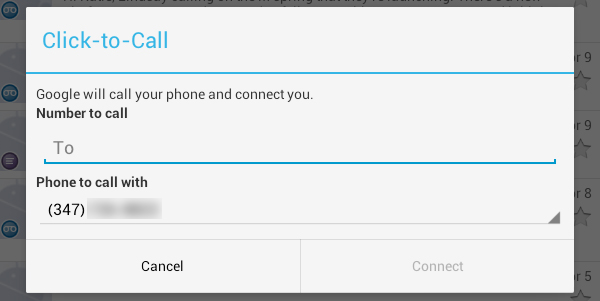 Step 3: Choose which phone to use for the call. Tap the arrow to show a list of all your GV numbers. Then Tap Connect. 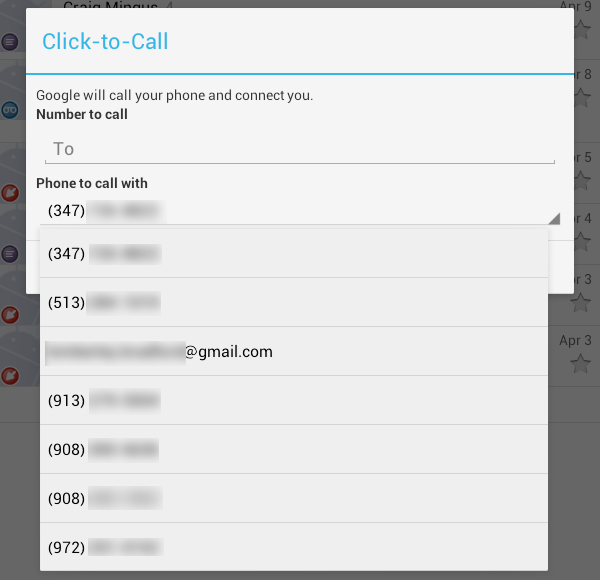 Step 4: The phone you chose will ring. When you pick it up you’ll hear a ringtone as Google Voice connects you with whoever you’re calling.