There’s an incredibly useful service called ifttt, which stands for “If This Then That,” and it helps make users more efficient. The creators released an iPhone app last year and finally released an Android version with some great Android specific Recipes.

When ifttt uses the term Recipe, they don’t mean a list of steps to bake white chocolate macadamia nut cookies. Instead, a Recipe takes a Trigger and then performs a resulting Action. For example, when we post a new article to GottaBeMobile, readers can add a link to their account on Instapaper, which people use to collect Internet news links and read later them on an iPad or when they’re at their computer.

Users can create Recipes on the new Android app, in the old iPhone app or through the website. We’ll focus on the Android app, but the process works much the same on iPhone or online. 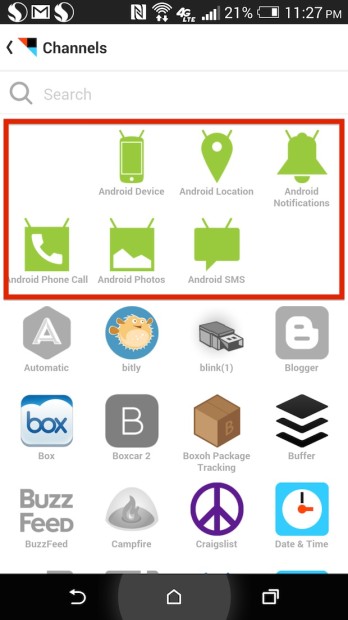 How to Configure ifttt 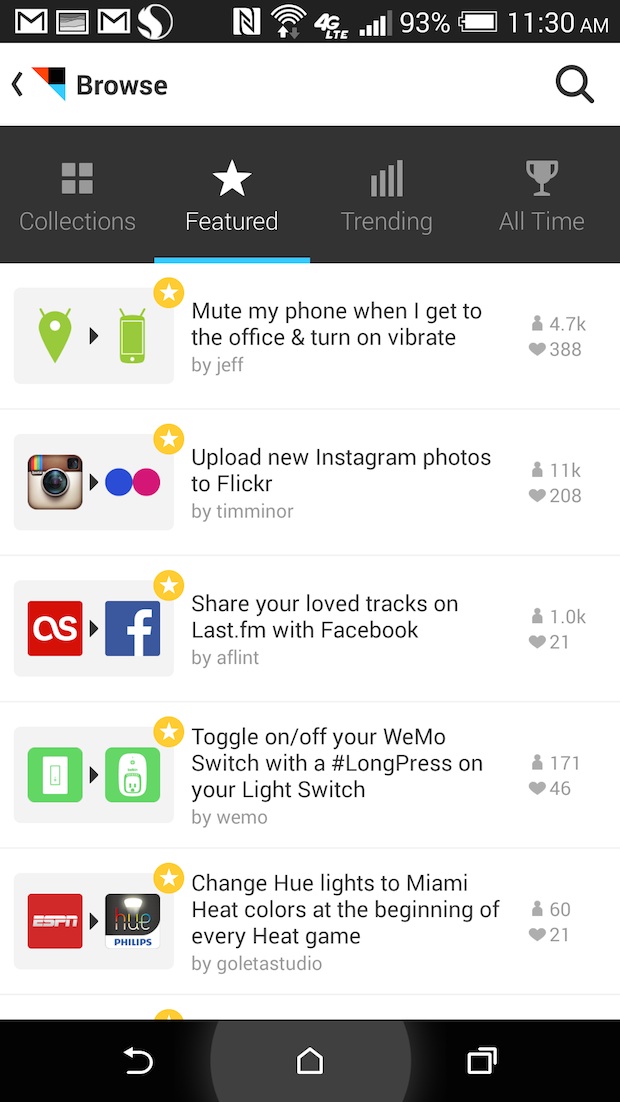 First, install the free ifttt app and sign up for an account. Then log into the app and check out the special Android Recipes that the app lists upon first launch. The user can also look at other recipes by tapping on the Recipes icon in the upper right corner of the app’s main screen. It looks like a pharmacist’s mortar and pestle (the marble mixing bowl crushing tool).

An icon that looks like a pair of glasses lets the user find recipes. It shows tabs of special Recipe Collections, Featured Recipes selected by the app’s creators, Trending Recipes which show popular Recipes at that moment and All Recipes.

To use Recipes, the user must connect ifttt to other services used in Recipes, like Facebook, Twitter, DropBox and more. To do this using the Android app, tap on the Recipe icon in the upper right corner. The user’s Recipe list will slide out from the right side of the screen. Tap on the Android menu button represented by three vertical dots in the upper right corner of the screen. From the menu choose Channels. A grid of icons shows up with connected channels in color while unconnected channels show up grayed out.

Here’s 10 of my favorite ifttt Recipes for use with Android phones. Android makes it possible to do some things that iPhone ifttt users can’t, since Apple locks down iOS.

How to Edit ifttt Recipes for Android in the App 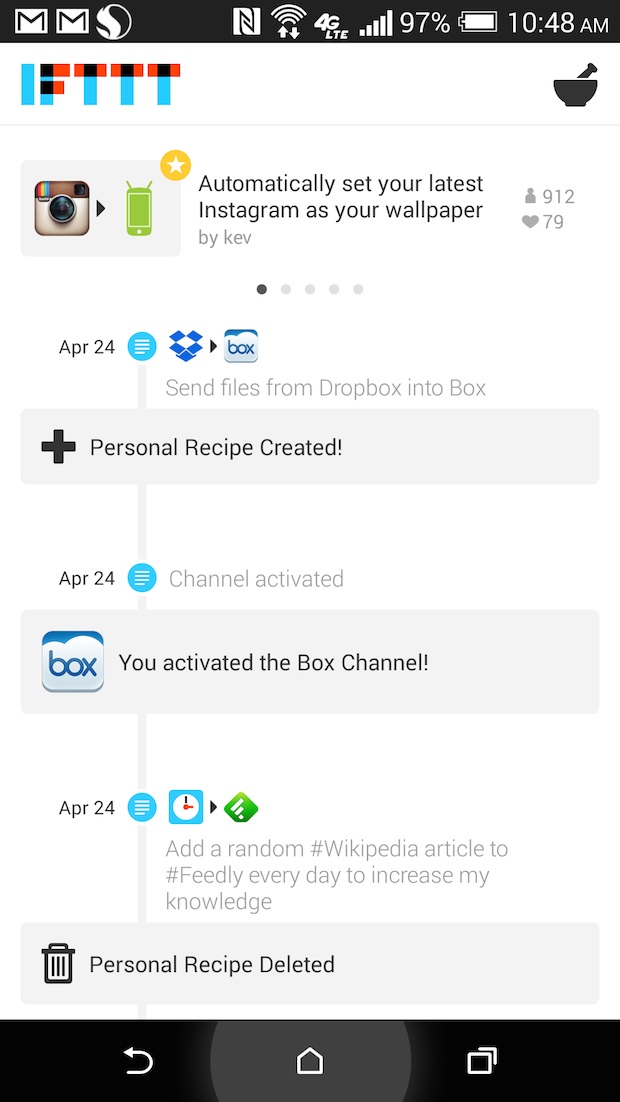 Open the ifttt app and then click on the Recipe icon in the upper right corner (see screenshot above). The user’s Recipes will slide out from the right. Tap on the Android-specific Recipe that needs editing. Tap on the Edit button (see second image below). Delete actions in the box to remove them and tap on the plus icon to add new ones. 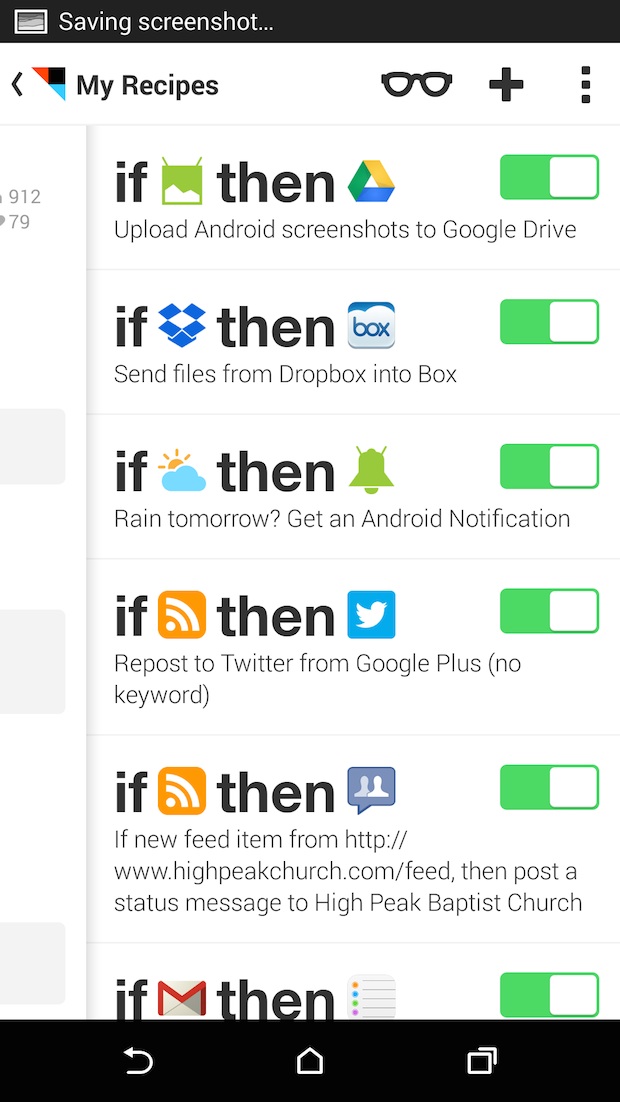 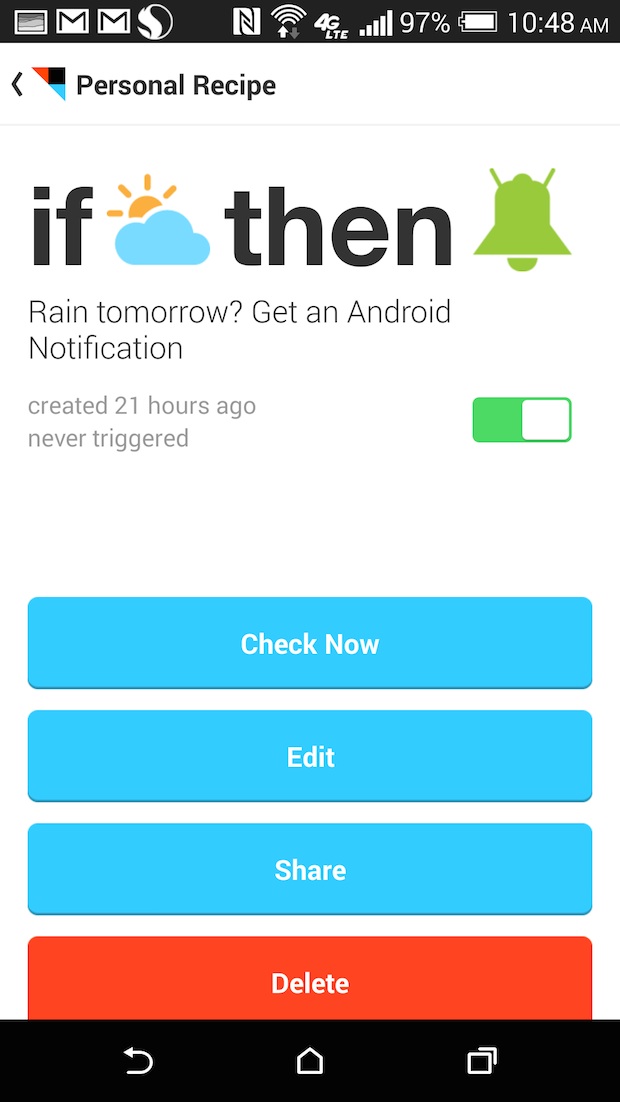