On iOS 6 and on the iPhone 5 with iOS 6 there is a new Personal Hotspot shortcut on the main menu screen that lets users turn on the hotspot without diving deep into the menus.

These steps will only work with plans that support a personal hotspot. The new Mobile Share plans on AT&T and the Share Everything plans on Verizon include the personal hotspot feature at no additional charge.

A personal hotspot turns the iPhone into a WiFi router that allows users to connect WiFi devices to the Internet through the iPhone. This includes notebooks, tablets, portable game consoles and more. Be careful as tethering, as this is often called, can use data much faster than on the iPhone.

If the computer cannot see the iPhone as a hotspot, users may be better off connecting by USB, but if that fails, try turning the laptop’s WiFi on and off to find the iPhone hotspot.

How to Turn on the iPhone Hotspot in iOS 6 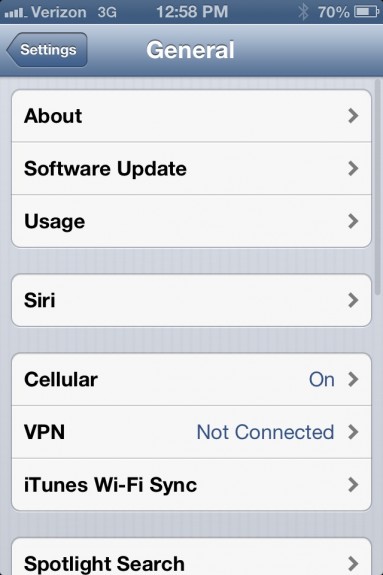 Turn on hotspot iPhone on iOS 6. 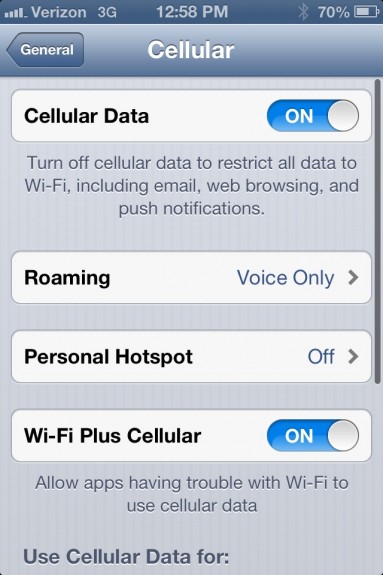 Turn on tethering iPhone 5 and iOS 6. 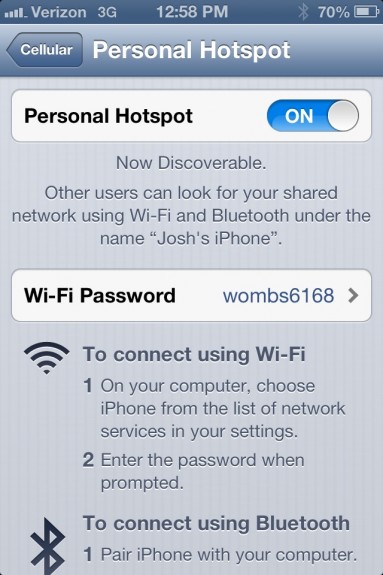 Tap the Toggle to the On position.

The iPhone personal hotspot feature shares the Internet connection over WiFi with no additional setup needed on most devices, It also shares the connection over USB or Bluetooth, though some computers may need to install drivers or perform setup options to make this work. 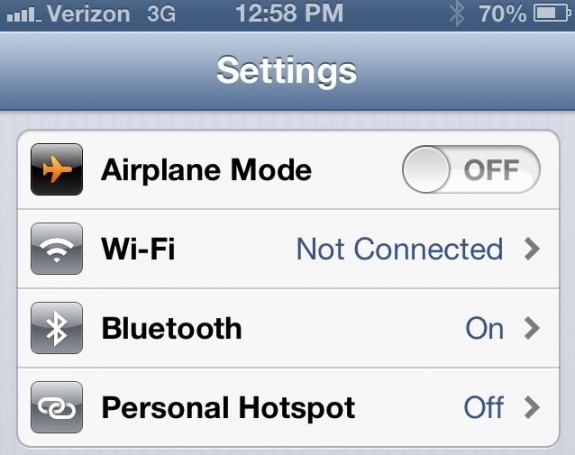 iOS 6 offers a shortcut to the Personal Hotspot feature. 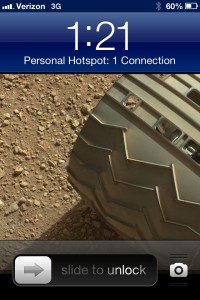 This shows the number of devices connected to the iPhone hotspot.

The home screen and a small notification while in other apps displays the number of connected devices, which is an easy way to figure out how many devices are using your connection.

The iPhone 5 includes 4G LTE connectivity which is up to 10 times faster than 3G service found on the iPhone 4S, and faster than many home connections.

This increased speed makes tethering more attractive, even for multimedia intense activities like streaming movies or TV, but without unlimited data users should be sure to check their data usage to keep it in check.

There is no Personal Hotspot Option on iOS 6

The default iPhone 5 personal hotspot password is a jumble of letters and numbers that is hard to remember and is also easy for someone to crack, even if it looks like a secure password. Tap on Settings -> Personal Hotspot -> Password to pick a new password that is easier to remember and more secure.

How to Manage the iOS 6 Hotspot