Instead of placing random objects that don’t look like you in the world around you, you can now use World Lenses in Snapchat that allow you to put your AR Bitmoji anywhere.

There are currently six different Snapchat AR Bitmoji that you can use, and we expect to see more of them arrive as the feature rolls out to additional users. All iPhone owners should be able to use the Snapchat Bitmoji World Lenses now and it will arrive on Android in the near future. 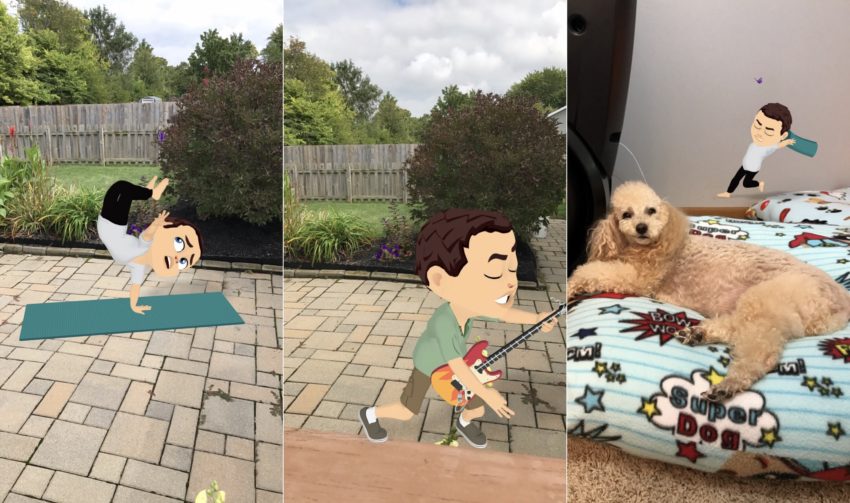 Snapchat now lets you use AR Bitmoji in the World Lenses feature.

You can see several of the Snapchat AR Bitmoji options in the image above. You are able to place them in a static location and then move the camera around for the perfect shot. Users can change the location and size of the Augmented Reality Bitmoji character on the screen. The Bitmoji will animate and then loop through a short set of motions.

Users can then record a video or take a Snap of the AR Bitmoji to send on Snapchat or to save to their Camera Roll or Gallery and share on Facebook or another service like any other photo.

How to Use Snapchat AR Bitmoji

You can use the Snapchat Memories to save these to your camera roll as well, allowing you to post them on Facebook and send as a text message or iMessage if you prefer to use them that way.