Whether you liked it or not, Microsoft’s Windows 10 operating system changes a lot of things where touch is concerned. A vocal minority and people who were already familiar with the way touch worked on Windows 8 and Windows 8.1 will likely blast Microsoft for these changes. The rest of us, the people who never used Windows 8 and never liked the way it handled touch, are quietly celebrating. Windows 10 has a dedicated Tablet Mode that better balances the needs of users and makes it easier to do things.

Tablet Mode in Windows 10 is for users that have a device equipped with a touch screen and want to make the most of it. Turning on the features activates edge gestures for closing apps and multitasking. It is Tablet Mode that decides whether the Windows 10 keyboard pops-up when you tap on a search box. Tablet Mode even controls how you multi-task in your apps. 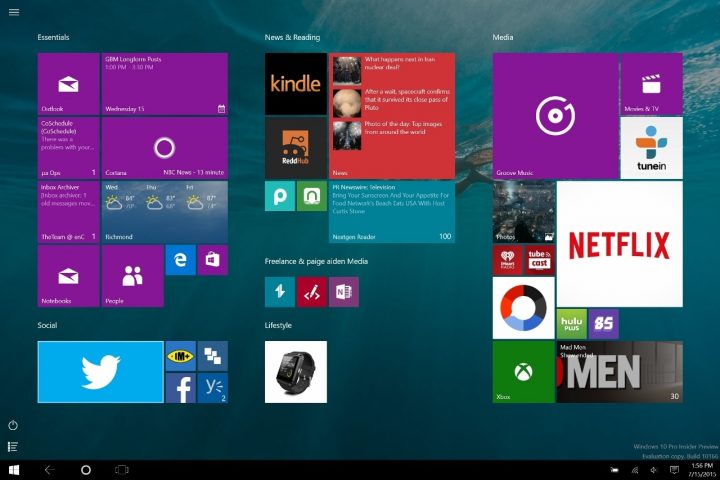 Why Use Tablet Mode

If you have a notebook or desktop than Tablet Mode was created to satisfy you. Rather than forcing touch-centric ideas on all the Windows ecosystem, Microsoft decided it’d take a more granular approach. Tablet Mode is off by default for any device that has a keyboard and no touchscreen.

Tablet Mode is on by default for every device with a touch screen and no keyboard connected. The idea for Tablet Mode is the same as Windows 8. By making common sense changes to apps and the way Windows works, Tablet Mode makes everything more user-friendly.

When Tablet Mode is on tons of things change, but most of them center on the Taskbar.

Some of these changes you can easily override. For example, you can bring app shortcuts back by tapping and holding on the Taskbar itself. Others don’t offer you the opportunity to switch anything. Tablet Mode is designed to fix Windows 8’s huge flaws.

Turning Tablet Mode On and Off

There are three different ways for you to turn on Tablet Mode in Windows 10. Microsoft includes an internal mechanism in Windows 10 called Continuum. Continuum intelligently manages Tablet Mode, turning it on automatically if there’s no keyboard present or turning it off if there as. How this is configured depends on your device. For example, the Surface Pro 3 asks you before making the switch. You can mange this setting or even turn the feature off completely from the Settings app in the System area. To be very clear, you can use Tablet Mode with a mouse and keyboard if you want too. 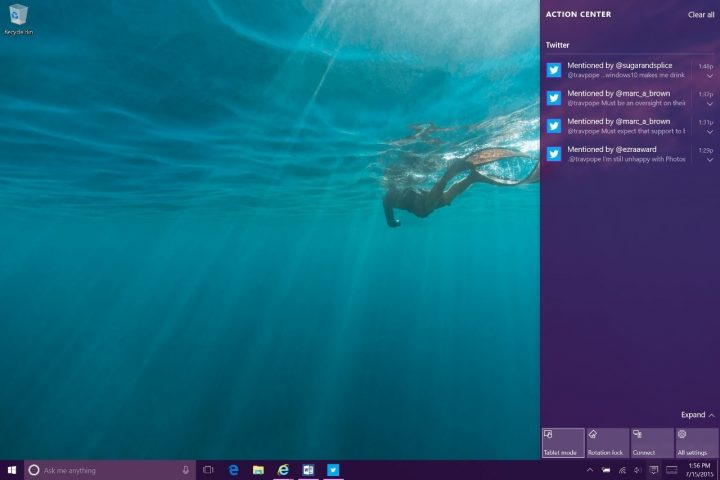 If you go into the Settings app from the Start Screen. 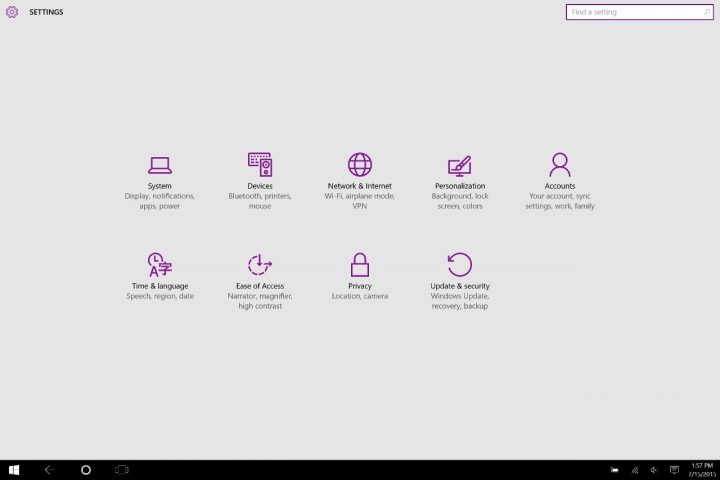 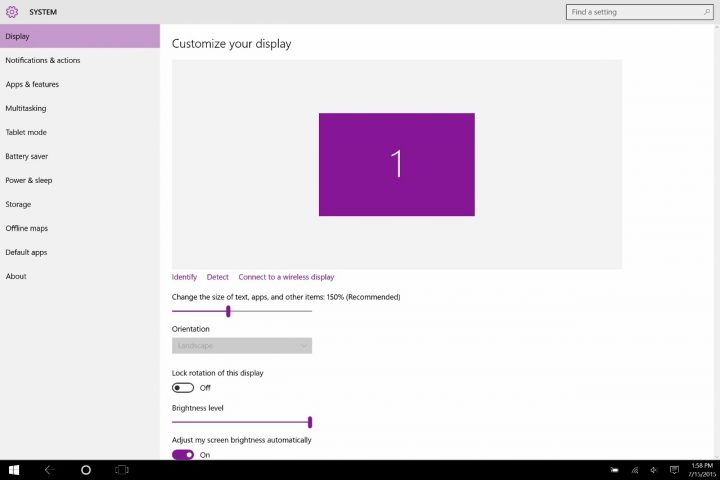 From here you can toggle Tablet Mode on or off and adjust your settings for Tablet Mode. 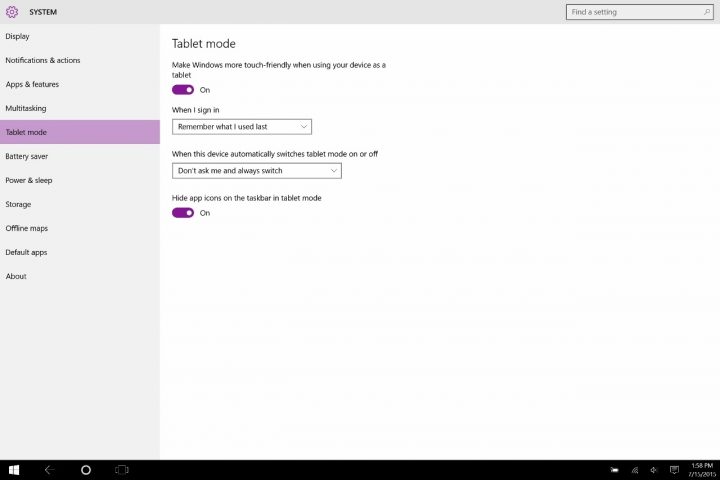 Edge gestures were the true devil of Windows 8, Windows 10’s direct predecessor. Microsoft left way too many things without on-screen cues. Settings, for example, were hidden by a swipe on the left side of your screen. Most people never realized these options were there.

You’ll find that anything you can do with an edge gesture in Windows 10 has an on-screen button. Still edge gestures are included and pretty handy.

That’s Tablet Mode in Windows 10. Really, it’s a simpler way of doing things for touch users and gives users the option interact with Windows the way they always have. Remember, you don’t need to turn on Tablet Mode to get the Start Screen back. GottaBeMobile runs down how to do that here.