CES 2013 is about to happen. About to happen is a good way to describe what occurs at this gigantic trade show that, in my view, is slowly losing some of its luster. Products are put on display, products are hyped, merchandisers bet on what will be the hot items for the coming year (mostly, during the fall), and everyone hopes that at least something appears that is exciting enough to capture the public’s imagination that might turn into a real product. The bloggers are ready. CES 2013 is gearing up and there will be more words written about new gadgets, new technology, and new promises than we can consume in a  month of Sundays. As in past years, most of what we’re going to see will get leaked ahead of time, so there will be few surprises at the press conferences and on the show floor. 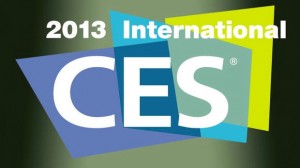 It all takes place in Las Vegas, the magical kingdom, where night is turned into day and hopes and dreams abound. The smoke and mirrors that make up any CES require eagle eyes to sort through all the hype (and incredible email filters to sort through all of the press releases.) Much of what we’ll see will never make it into the hands of consumers, but this is the land of hopes and dreams. Remember that each of the last several years had been christened “The Year of the Tablet.” Well that was partly true, as up until recently the year of the Tablet has been “The Year of the iPad.” Who knows what this year will be called, but I’m betting that it won’t be anything hyped in a keynote.

I’ll again be watching from afar this year and commenting on the themes and trends we see emerging. Intriguingly it makes it easier to spot trends, both negative and positive, when you’re not caught up in the grind that can be the show. That’s not to criticize anyone attending the show on the ground. The gang from GBM will be all over Las Vegas bringing you the latest and greatest. But there’s a way to watch any CES and sort through the hype. Keep in mind that for many gadget makers, while they have invested much already, CES 2013 is a way for them to gauge how much more to invest to bring the product to market.

In the meantime, here’s a list of things to consider as you digest the news.

These first three fall into a broad category for just about any gadget you hear about.

These next items relate more to Tablets and Slates specifically.

And some other things to look out for this year.