Some time soon, Felix Baumgartner will take a supersonic freefall from 120,000 feet in the air, jumping from the stratosphere wearing only a spacesuit in an attempt to break the speed of sound. Obviously, this is an event worth watching and fortunately, even if you don’t have a computer around, it’s extremely easy to take in the action on your iPhone, iPad or Android device.

Red Bull is sponsoring Baumgartner’s epic plunge from the atmosphere and the company is currently offering up several ways to watch his attempt live as it unfolds in real time. Obviously, the easiest way is to watch from a PC. If you’re in front of a computer, simply head to www.redbullstratos.com and you’ll be ready to go.

In case you don’t have access to one, we want to detail several ways that you can follow the attempt as it happens right form the comfort of your smartphone or tablet.

How to Watch Red Bull Stratos on iPhone, iPad & Android

Like the PC, you can also head to the website in your browser. So that means you’ll want to head to www.redbullstratos.com. Once you’re there, you’ll need to scroll down and look for the Live option. Tap that and you’ll be prompted to launch the video.

This will open up a YouTube stream of the event that you can watch from the safety of your own iPad, iPhone or Android device. You can also head directly to YouTube if you wish to bypass all of the pertinent information contained on the website itself.

To do that, just head to www.YouTube.com/redbull.

Another way to watch the event unfold live is by downloading the Red Bull TV application which is free for both iPhone, iPad and Android as well. The app is a free download and can be found on both the Google Play Store and the Apple App Store. 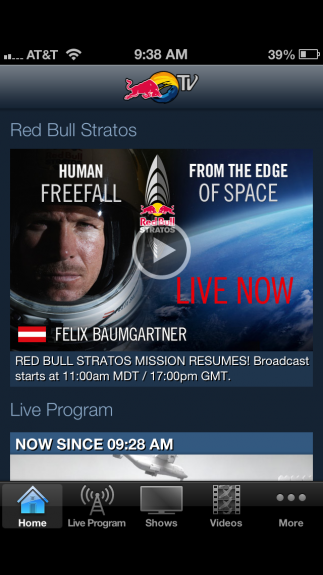 The Red Bull TV app is a way to watch it. 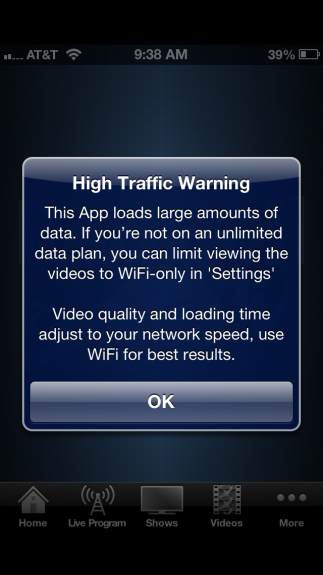 Keep in mind, the app will use a ton of data so if you’re on a tiered data plan, you’ll want to monitor your usage of the Red Bull TV.

When Will The Jump Take Place?

Obviously, the jump didn’t take place today due to less than favorable weather conditions. It doesn’t look like the event will take place tomorrow either, according to the Red Bull Stratos Twitter account.

Once the weather clears up though, the jump will take place and you will be able to stream it live.