There are many Rudolph The Red Nose Reindeer movies on Netflix, but they are not the original Rudolph that many of us grew up with. Until recently, you couldn’t buy a digital version of the classic Rudolph movie, but now you can.

If you don’t want to buy Rudolph, you can stream it when it airs on CBS, or look for alternatives listed below. You can also buy a copy on Amazon. 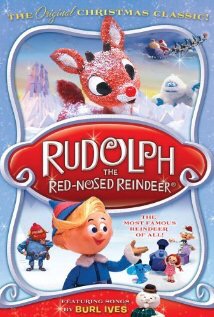 The original Rudolph The Red Nose Reindeer appeared in 1964, but you don’t need to be a child of the 60’s to appreciate this classic. Many of us grew up watching the stop motion Rudolph movie on TV.

Rudolph The Red Nose Reindeer is the longest running Christmas special, joining classics like How the Grinch Stole Christmas, A Charlie Brown Christmas, The Little Drummer Boy and Frosty the Snowman as the only Christmas Specials still running on TV from the 1960’s.

Rudolph the Red-Nosed Reindeer will be on CBS on December 2nd at 8 PM. You can record it to your DVR or tune in live. If you have Hulu with Live TV, Sling TV, CBS All Access or another streaming service with CBS, you can watch it there.

You can also buy it on the Apple TV app, VUDU or on Amazon.

This is not a video we uploaded. But we found the original Rudolph online and couldn’t pass up sharing this.

Once the initial showing completes on CBS during early December, you will need to find Rudolph on one of these services.