On October 4th Google will take the stage to announce its latest smartphones, the Pixel and Pixel XL. For months reports and rumors have talked about these new devices, which will replace the Nexus line, and here’s what potential buyers need to know. From everything we know so far, to how to watch the Google event live stream and more.

Instead of a new Nexus smartphone or two, this year Google will release their own smartphones. One being a 5-inch Google Pixel, and the other being a bigger, better 5.5-inch Pixel XL.

Read: Google Pixel: What to Expect

The first rumors starting floating around back in March and April about new Nexus devices, but those slowly fizzled out to what we have now. Countless leaked photos, videos, to even official information from carriers themselves. Below is the new Pixel phone, and how to watch the event live as it’s announced. 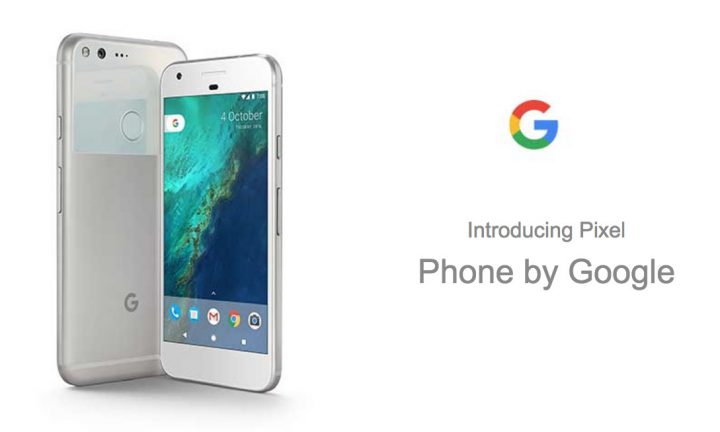 Google’s Vice President of Android and Chrome has been talking up the event too. Going as far as to say October 4th will be a day to remember. Bigger than the day Android was announced and released itself. That’s a bold claim, but the company has some really big plans to share.

On October 4th at 9AM PT, Noon ET, Google’s Pixel Phone event will begin. It’s in San Francisco but will be streaming live on YouTube for fans and buyers alike. Below is the livestream link to watch every minute and more.

Right at 9AM the event should start and we expect Google to quickly jump into the exciting stuff. Of course the biggest aspect of the event is the new Google Pixel and Pixel XL phones, but that isn’t all we’re expecting to see.

Along with two new phones rumor has it the company will release Google Home, which was debuted at Google I/O and should take on Amazon Alexa. Along with a Google WiFi device, a new 4k capable Chromecast Ultra, Android Daydream VR platform, and maybe even some new Android Wear smartwatches made by Google themselves.

As far as the phones these will be premium high-end devices made entirely out of aluminum, and better than last years Nexus lineup. With a metal design, glass on the back, powerful internals, plenty of storage and an excellent camera. Here’s the full specs. Both phones will be identical, aside from one having a smaller screen and battery.

This year Google’s phones won’t run stock Android either. Instead, we’re expecting a nearly stock software release with some added features and controls. Completing the picture of what Google thinks a smartphone should be. With the new Google Assistant, a new Pixel Launcher, improved camera with optical image stabilization and more. Rumors suggest it will debut on Verizon and be available on the Google Play Store unlocked starting at $649 and $749.

Then, as AndroidPolice mentioned last week, a big announcement could end the show where Google teases plans to merge both Android and Chrome OS into one. Codenamed Andromeda, this software could be the future of our smartphones, tablets, laptops, Chromebooks and more. There are still more questions than answers, but we’ll learn more soon. Catch the livestream above, then stay tuned right here for more details as they’re unveiled.