Apple will announce iOS 8 and a new version of OS X for the Mac at an event today and the company opened up the iOS WWDC 2014 live stream to Windows and the Apple TV as well as the usual Mac and iOS devices.

This is one of the first times in recent memory that Apple offered a live stream that works on Windows. Announced last week there is a public iOS 8 live stream for anyone that wants to see what Apple announces at WWDC 2014.

The WWDC 2014 keynote starts at 10 AM Pacific and 1PM Eastern, at the Moscone center in San Francisco where the company is set to show off the new version of iOS and a new version of OS X for Macs.

Banners already show Apple is ready for iOS 8, and a banner for OS X 10.10 hints at a Yosemite name. If you want to see the software that your new iPad, your Mac and the iPhone 6 will run this fall, you can watch the iOS 8 announcement live stream to see what Apple is showing off at the same time as developers that are in San Francisco to learn how to make their apps run on the new software.

We don’t expect an iPhone 6 announcement, but there are some new Apple products that the company might announce today.

Rumors suggest the iOS 8 announcement today, with a iOS 8 beta in the near future for iPhone and iPad. The OS X 10.10 announcement may be the most exciting news of the day with a full new look rumored for this year.

The Apple WWDC 2014 keynote is scheduled for a two-hour block of time, and Apple offers a live stream on Apple.com and on the Apple TV.

Users can watch the event live from almost any device including the iPhone, iPad, Apple TV and Windows devices that can run Quicktime. 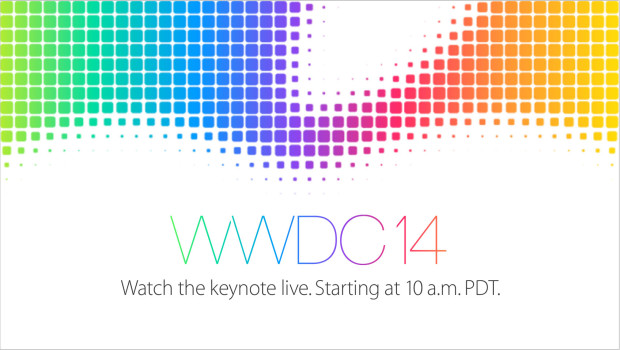 On the Apple TV there is an Apple Events app that offers quick access to the WWDC 2014 keynote live. This is a nice way to watch on a bigger screen and to share the experience with other developers that are not able to make it to WWDC 2014 in person.

On a Mac or Windows, go to Apple’s Special Events page and you can watch the iOS 8 and OS X 10.10 announcement live as well. On a Mac you will need to use Safari to see the show. On Windows make sure you install QuickTime 7 in order to watch the WWDC 2014 Keynote live.

After installing Quicktime 7 on a Windows 8 computer we could then watch older Apple event videos in Chrome thanks to the QuickTime installation. If you plan to watch the WWDC 2014 keynote on a Windows device you should install Quicktime early and test it on one of the older videos.

If you want to watch on the iPhone or iPad you don’t need to install any special app. Just go to the iOS 8 Apple Special Event June 2, 2014 page on your device running iOS 4.2 or higher and you’ll be able to watch the event anywhere you have an internet connection.

We expect to see a new version of iOS for the iPhone 4s and newer as well as the iPad 3 and newer with a collection of new features, but overall the same look as iOS 7. Features may include HealthBook, new technology for better sounding phone calls, and many other features. Check out 8 things to expect from iOS 8.

The OS X 10.10 announcement may prove more exciting with a new look inspired by iOS and a collection of new features to go along with new looks.