How to Watch the iPad Mini Event Live

Apple takes over the California Theater in San Jose today to announce the iPad Mini and Apple fans are anxiously waiting for the live stream of the iPad Mini event to start.

Apple will live stream the iPad Mini special event on the Apple TV and to the iPhone, iPad and Apple computers with Safari. This marks the first special event Apple will stream live since 2010.

The Apple special event on October 23rd, where the iPad Mini is likely to be announced, starts at 10 AM Pacific, 1 PM Eastern.

For users who can’t watch the live stream of the iPad Mini event on October 23rd, there are other ways to watch the event coverage live, as it unfolds in San Jose. 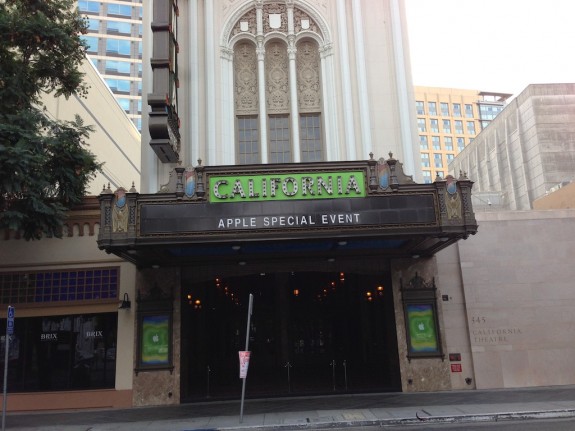 It’s fitting that this event takes place in a theater that looks small on the outside in a photo from Techie Buzz, but holds plenty on the inside as Apple is expected to announce up to five new products today, including a smaller, more affordable iPad. Apple introduced new products at this venue in 2004 and 2005, but it’s been a while since the company hosted a product launch at the theater. 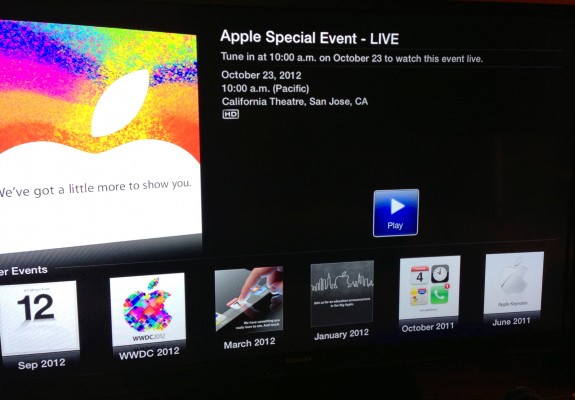 Apple is also planning to stream the iPad Mini event live from Apple.com to the iPhone, iPad, iPod Touch and Apple computers. Visit Apple.com on an Apple device to see the event.

Users can live stream the event in VLC with these details.

Users looking for live commentary can tune in to TWIT, embedded below.

On TWIT with Leo Laporte, Laporte and his team members will recount the event as it happens live. Click play above to tune in to the iPad Mini event coverage. This is a great way to listen on headphones while trying to work.

To watch the iPad Mini event in photos and play-by-play coverage tune in to one of the many Apple special event live blogs. The best live blogs include photos of Tim Cook and Apple’s latest gadgets on stage along with word-for-word quotes from the stage.

Ars Technica and gdgt deliver some of the best Apple live blog coverage around, with fast updates and plenty of photos. Unfortunately none of these sites will stream video or audio of the event.

The GottaBeMobile team will be covering the Apple iPad Mini event with analysis, buying advice and all the latest product announcements.

After the event wraps tune in for iPad Mini comparisons to the Nexus 7 and other 7-inch tablets, which carrier is the best choice for the iPad Mini and whether you should buy the iPad Mini.

Follow our iPad Mini event coverage on this landing page, and check the home page for the latest iPad Mini news.