How to Watch the Samsung Galaxy S III Event

It appears that Samsung has unleashed the official sign up page for the next Galaxy smartphone. The site not only features the teaser that the company released earlier today but it also features a sign up where users can input their email addresses if they want to watch the action unfold live in London on May 3rd.

Just below the teaser video are several sign up options. Those interested in the Galaxy S III or whatever the next Galaxy smartphone is going to be called, can either input their name and email address or sign in through Facebook or Twitter in order to get updates about the event.

After registering, users will receive an email that confirms the registration and also reveals Samsung’s intention of live streaming the event at www.TheNextGalaxy.com website. 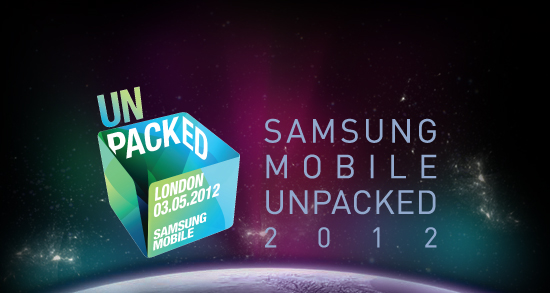 Read: What to Expect from the Samsung Galaxy S III Event

You’re soon about to witness the dawn of the next GALAXY from Samsung Mobile. To ensure you won’t miss out on the biggest mobile phone event this year, look out for the email reminders we’ll be sending you closer to the date.

On the day itself, you may then view the event at www.TheNextGALAXY.com or the Unpacked 2012 tab on the Samsung Mobile Facebook page.

The device figures to be one of the most exciting smartphone launches of 2012.

Right now, there are tons of rumors swirling about the smartphone that Samsung hopes will compete with both the iPhone 4S and the next iPhone which is rumored to be coming out in the fall of this year.

Rumored specs for the Galaxy S III include a 4.6-inch display with a resolution of 720 X 1184. It’s rumored to have a quad-core 1.4 GHz processor of unknown origins. And it also supposedly has 1 GB of RAM, 16 GB of storage, NFC support, a 2050 mAh battery, an 8MP rear camera, and Android 4.0 Ice Cream Sandwich out of the box.

Today, Vodafone UK became the first carrier to confirm that it will have the Galaxy S III when it’s released and it will likely be joined by a number of other carriers once the device launches on May 3rd.