While the debate will kick-off on many major news television stations starting at 9PM Eastern time. Those who can’t access a TV though will be able to use their iPhone, iPad or Android device to watch the debate live.

The debates serve as a place where candidates can express their view points on a number of policies and topics. It’s also a fantastic event for voters as it will provide them with a glimpse on the view points of both the Democratic and Republican Vice Presidential candidates.

How to Watch the Vice Presidential Debate on iPhone, iPad & Android

One of the easiest ways to catch the Vice Presidential Debate on the iPhone, iPad or Android is by watching the live YouTube stream which can be found at www.youtube.com/politics.

Read: How to Get YouTube Back on the iPad in iOS 6.

The Vice Presidential Debates should work in the new YouTube app in iOS 6 but that is only available for users on the iPhone. iPad users will need to go to YouTube in Safari to catch the debate live through YouTube. It also might be possible to download Jasmine, a YouTube clone or iPad, and watch it that way. 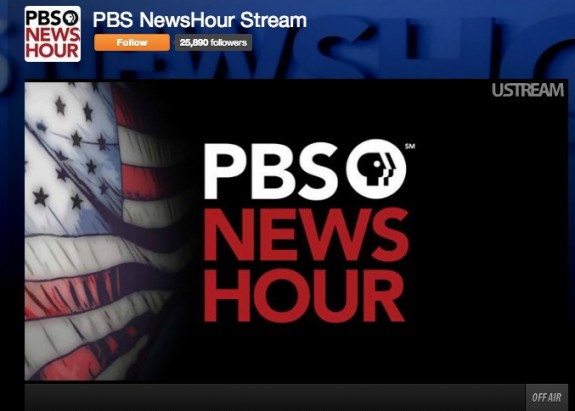 Ustream will be streaming the Vice Presidential Debate live.

Another easy way to follow the Vice Presidential debate is by tuning into Ustream which will present the debate in conjunction with PBS News Hour.

Users only need to visit PBS News Hour on Ustream to see live coverage of the debate. The video stream should work on mobile devices without the need for any third party application.

NPR is a great place to catch the Vice Presidential Debate using a mobile device.

NPR will stream the Vice Presidential debate and coverage starting at 9PM Eastern and the coverage can be followed by using NPR’s mobile application for iPhone, iPad and Android.

Users can tune in to a local NPR station to hear the debate coverage which also can be streamed over the device’s data connection for users that can’t tune in a NPR station on a radio.

Those are a few options. Other options include CNN’s applications for iPhone, iPad and Android, Xbox 360 or even Apple TV where users can use AirPlay to stream the event from their iPhone or iPad onto the television.