The 98th Tour de France is underway in France as cyclists tackle one of the most challenging tests of endurance in the sporting world. If you got hooked on the race over the holiday weekend and want to keep track of your favorite cyclist or team now that you have to head back to work, we have a collection of ways to watch the Tour de France live on your iPhone, iPad or online.

For keeping up with your favorite teams and cyclists, there are a number of iPhone and iPad apps which can deliver stats, pictures and video. We’ve picked the top 3 Tour de France apps to keep you on top of the race results. 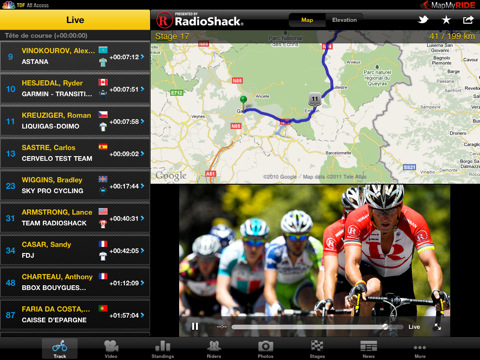 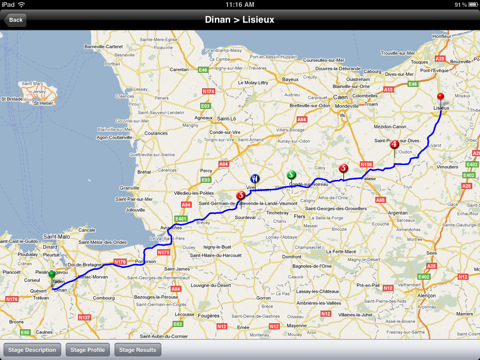 If you prefer a more affordable method for tracking the Tour de France, the Tour 2011 app delivers interactive maps, leaderboards, high-resolution images and in app twitter client to track what others are saying about the race. This app doesn’t have the live video found in NBC’s app, but has higher ratings in the app store. 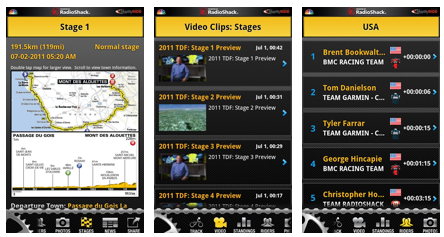 NBC brings the Tour de France coverage to Android smartphones and tablets this year with All Access app. Like the iOS version this app is available free of charge if you can settle for short video clips, results, standings and rider profiles. For $15, you can unlock live video and real-time tracking, but you can’t take your subscription online or to the iOS version of the app. 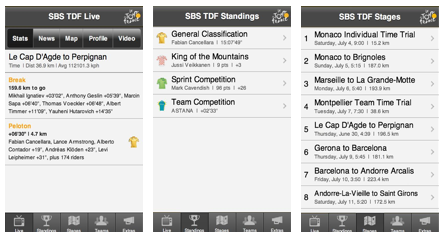 Track the Tour de France on your Android

The SBS Tour de France app is new for 2011, but makes an impressive showing with fast results, stage previews and rider listings. The app includes live video of the Tour for Australians, but not to other regions. Even with the lack of video in the U.S. this app is worth checking out.

If you prefer to stay on top of the Tour de France online, NBC is again at the top of the list with a $30 All Access pass. The Tour de France All Access pass includes live video of each stage, GPS tracking and the ability to follow your favorite rider throughout the race. The online pass is available for $29.95, and does not transfer to the official iPhone, iPad and Android apps.

For a cheaper way to stay on top of the Tour de France from your computer, check out Steephill.tv. With coverage of each stage, pictures, and standings the website is off to a good start. After you throw in interactive maps, 3D tours and Streetview of each stage you’ll feel like you are on the streets of France. If you want to watch live videos, Steephill has a collection of online and TV coverage of the Tour de France listed so that you can find free and paid video options for your region.

The Tour de France runs through July 24th, at which point the riders will have covered 2,135 miles over a range of elevations. The Tour de France is regarded as one of the most challenging cycling races in the world, drawing competitors from all across the globe.