If you want to watch the World Cup 2014 free on your iPad, iPhone, Android or Computer from anywhere need to check out this clever trick and free service.

It lets you stream from a variety of international channels so that you can watch any of the World Cup 2014 matches no matter where you live and even if you don’t have a cable subscription that works with Watch ESPN.

This sounds complicated, but it is actually very easy to do. Once it is set up you should be ready to watch the World Cup 2014 free for the rest of the year. You’ll need about 15 minutes and a spare email address to set this up on an iPhone, iPad or Android. You won’t need the extra email address if you plan to watch on a computer. 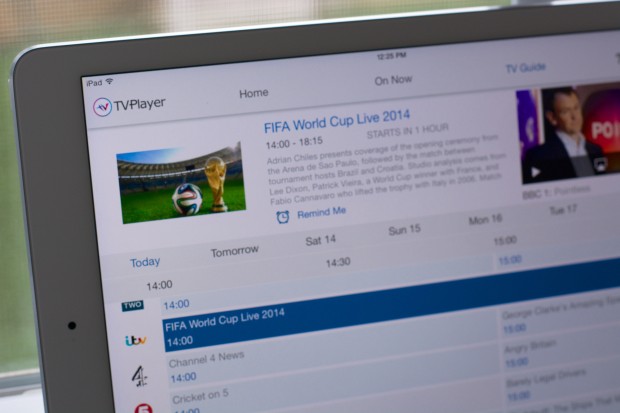 Here’s how to watch the World Cup 2014 free from anywhere on almost any device.

We already shared how to use Watch ESPN to watch the 2014 World Cup live, but many users that cut the cord and don’t pay a cable subscription, or who pay for cable or satellite, but not to a company that cozied up to ESPN cannot use the official methods of watching the World Cup 2014 matches on the iPhone or iPad.

This guide will show you how to turn your iPad or iPhone into the ultimate World Cup 2014 companion, and allow you to stream every World Cup 2014 game in the U.S. or wherever you happen to live, by tricking your iPad or other device into thinking you are in another country.

To get started you will need to sing up for a free UnoTelly account. This is normally a paid service, but for the World Cup they offer a free 40-day subscription. Sign up at this link and copy down the DNS address that they show you on the page after signup.

This special number is how you will trick your iPad, iPhone, Android or computer into thinking it is in another country. Once you have that DNS address you need to follow the directions in this video to set up the server for the WiFi network you are on.

You can see the detailed instructions for how to set this up and get World Cup 2014 Free streaming going on the following devices.

Check out directions for other devices including consoles and streaming boxes.

After you configure the device, make sure the Internet still works and head to UnoTelly to see what stations are offering a World Cup 2014 stream that you can now tune into. 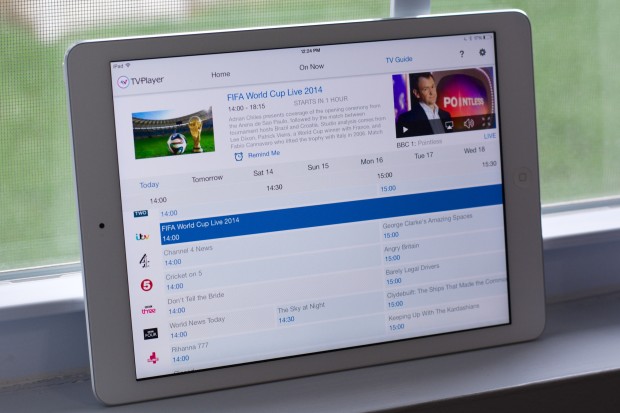 By using this service your device appears in another country, so you can watch the World Cup 2014 free form the U.S. or anywhere.

If you are watching on a computer you should be good to go, but if you are using an iPad, iPhone or iPod touch you will probably need to download the TVPlayer or iTV apps to make this work. To do this you will need to create a free UK iTunes account following these directions. After you create this account sign in on the device and download the iTV app and TVPlayer app from the UK iTunes store. You can use the same strategy to download other apps that you may need from the UK app store.

You can find the similar apps on the Google Play Store and for the Kindle Fire, but you may be better off looking for the iTV Player apk or TVPlayer apk to install without signing up for a new Google Play account.

After all of this is set up, you can open up the apps to start watching the World Cup 2014 free from basically anywhere. You will need to go through the steps to change the DNS on your various WiFi networks you connect to.