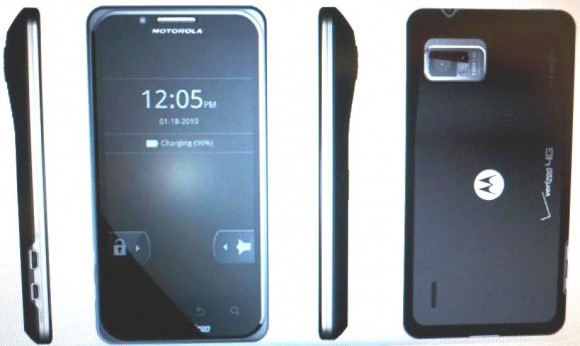 A leaked image of the Motorola Targa has appeared over at Howard Forums, showing an Android smartphone with 4G Verizon Wireless branding on a Motorola-made handset. Though there aren’t much in the way of specs at this time, the device looks like an evolved Motorola Droid X, which has a large front touchscreen and a backside with a hump where the camera is, perhaps to accommodate a larger camera sensor.

It’s also unclear where the Targa will fit in Verizon’s lineup, but if Verizon does bring this device to market it shows the carrier’s aggressive 4G LTE plans. As a touchscreen-only device, it will be vying for attention with the flagship Droid Bionic, showcased earlier this year at the Consumer Electronics Show. Also, while this phone will be running the Android OS, it’s unknown if it will be branded as a Droid device in Verizon’s lineup.