Curious. Pocketnow is reporting that HP has recently filed for trademark protection of the name HP Touchpad. What could that be? Most likely its a Tablet, but that’s not a sure thing. It could be a name for the WebOS devices that we’re currently seeing called the PalmPad or something else. Remember the PalmPad was hyped for a CES 2011 debut turned into a no show. As Pocketnow speculates it could be a name for a consumer line of the HP Slate. Or it could be something else entirely. 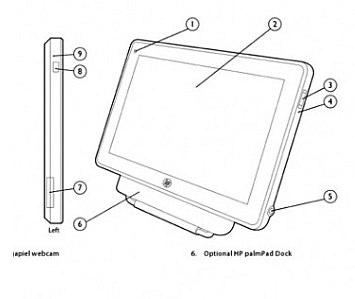