After having exited the smartphone market when it had shut down the webOS line that it had acquired along with Palm, Hewlett Packard is looking to re-enter the mobile space with a new smartphone, but this time with the Windows Phone 8 operating system. Rumors of HP launching a new phone with Windows Phone comes just after Microsoft had acquired smartphone-maker Nokia.

“The U.S. company does not want to put…on Android, but apparently wants to use its close ties to the software giant Microsoft to bring a device with its mobile operating system Windows Phone 8 to the market,” according to leaks published on German language publication Mobile Geeks. 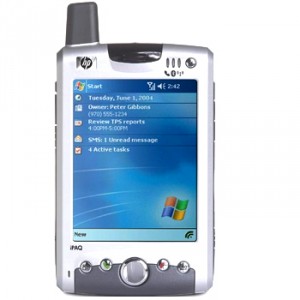 HP had previously said that it was looking to re-join the smartphone space, but the choice of Windows Phone may be surprising given that the company already makes Android tablets under the Slate brand.

No additional information was provided regarding HP’s rumored Windows Phone ambition. The Windows Phone market is still small and growing, which could be an attractive option for HP rather than having to compete against a crowded and competitive Android landscape that’s dominated by Samsung, Motorola, LG, HP, and Sony, among others. With Windows Phone, HP would compete against a smaller group of manufacturers–Nokia, HTC, and Samsung.

An HP phone with Microsoft’s OS isn’t new. In the past, HP had launched handheld digital assistants, or PDAs, with Microsoft’s Pocket PC and Windows Mobile operating system. The company had offered its own Jornada line of products along with the iPAQ-branded PDAs through the acquisition of Compaq.