Being late to the mobile game after having abandon its webOS strategy, computer-maker Hewlett Packard is being smart about the pricing of its Slate 7 tablet, a device that now runs on Google’s Android operating system. Rather than sticking with Windows, like its previous Slate 500 and Slate  2 efforts, HP is making a bold move by focusing its consumer efforts on Android, though pro tablets will still be released with Windows, like the convertible HP Elitebook Revolve that we saw at CES.

The Slate 7’s late debut in the game means that HP will not only have to compete against traditional OEM rivals, like Samsung who has already built a brand around its Galaxy tablets, but also against Google’s Nexus lineup with a competitively priced $200 Nexus 7. As such, the Slate 7 will debut with a $169 price tag, but with more no-frill specs that are aimed at the average consumer whereas the Nexus 7 was meant to break ground with its quad-core CPU. 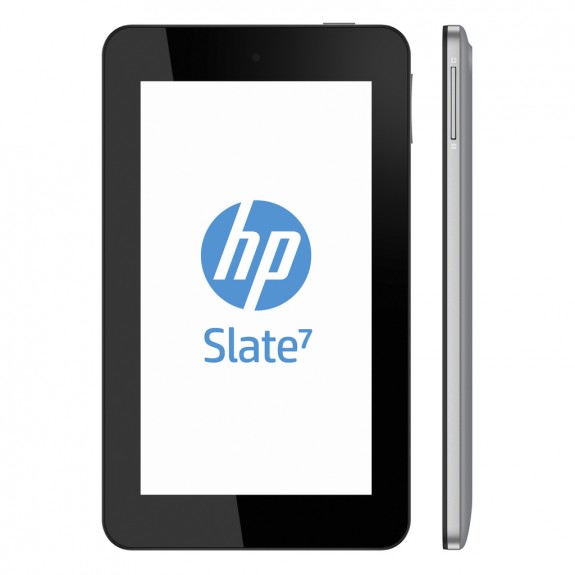 As such, for $30 less than the Nexus 7’s entry price, you’ll get a lower resolution 1024 X 600-pixel display, dual-core ARM Cortex A9 CPU, 16 GB of storage, and dual 3-megapixel cameras with VGA video recording. Not everything will be basic as the device is decked out with dual speakers boasting Beats audio, a micro SD expansion slot, a stainless steel frame with soft-touch matte finish on the rear, a rather attractive design with either silver or red finishes.

And though the Slate 7 doesn’t boast the same IPS panel that Apple had made famous due to wide viewing angles and good color accuracy, HP promotes its screen as being usable outdoors under bright lights: 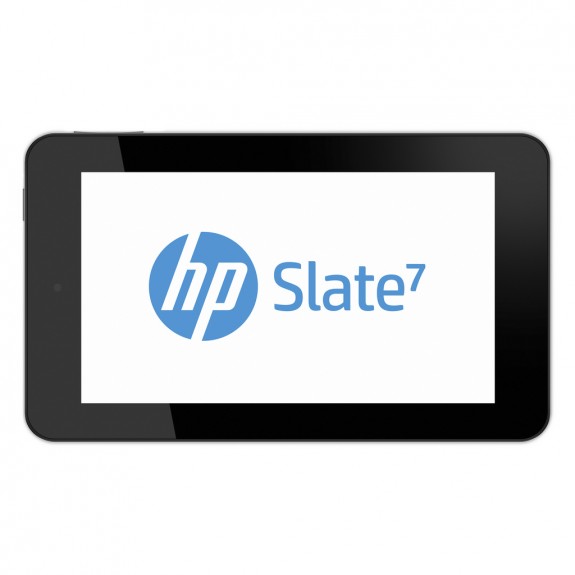 The slate is expected to be available for purchase in the U.S. starting April, according to HP. Additionally, as a services company, HP will also offer a number of support tools and options, including HP Care for $29 for two-year of service, and for $49 you will also get accidental damage protection in case of drops and liquid damage.