While HTC remains mum on many of the specific devices getting Android 4.1 Jelly Bean, a leaked list from a notorious leakster seems to confirm the update for at least some of the devices in HTC’s massive lineup of smartphones including the Droid Incredible 4G LTE and the long-awaited HTC EVO 4G LTE Jelly Bean update.

The leak comes courtesy of the Football4PDA Twitter account which has proved reliable in the past. The tweet is a list of phones that the leakster says will be getting Android Jelly Bean at some point from HTC. Some of them are obvious, like the HTC One S, but there are others on there that still haven’t received any official roll out information from the company. 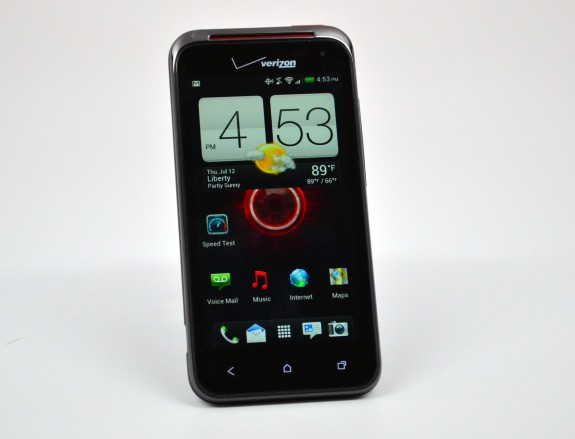 The Droid Incredible 4G LTE will apparently get Jelly Bean.

HTC’s leaked Jelly Bean update list reveals that a host of devices will be getting the update. The list includes the HTC Evitare, Evita, Fireball, Jewel, К2, TotemC2, Ville, VilleC2 and Valente. For many users that list won’t make any sense because those names are code names and not the actual names of devices that are currently available on the market.

Translated, the list actually suggests that the One X+ LTE, One XL, Droid Incredible 4G LTE, EVO 4G LTE, One SV, One VX, One S, One S C2 and HTC J will be getting Android Jelly Bean updates at some point though there is elaboration on any timing for these devices.

There are definitely some notable names not on this list, including the HTC Sensation series and the HTC ThunderBolt, and the leakster says that the HTC Sensation series won’t get Android Jelly Bean from HTC. Keep in mind, this is pure rumor at this point and none of it has been confirmed by HTC. However, the person behind this account has been accurate in the past and it wouldn’t be a shock to see it play out this way,

Thus far, HTC has rolled out Jelly Bean updates for the HTC One X and HTC One S though neither of those updates has hit devices in the United States.