After rumored leaks about a successor to the J Butterfly, which was released in the U.S. through carrier Verizon Wireless under the guise of the Droid DNA, HTC has finally announced the new Butterfly s. The Butterfly s brings advanced specs that were introduced as part of the HTC One flagship, but in a 5-inch form factor.

Overall, the design of the Butterfly s looks like it’s an evolution of the HTC Droid DNA, bringing the familiar red and black styling back to the phone. The device has a 5-inch 1080p full HD display, similar to the Droid DNA, but adds a faster Snapdragon 600 processor, Ultrapixel camera, and BoomSound front-facing stereo speakers, all features found on the smaller HTC One. The device will have 2 GB RAM, 16 GB internal storage, and a large 3200 mAh battery, which will be good as the battery is not removable.

The phone will also feature a front-facing 2-megapixel camera and expandable memory through the use of a micro SD card. Missing from the features borrowed from the One, it seems that there was no mention of an IR blaster on the Butterfly s in HTC’s press materials. 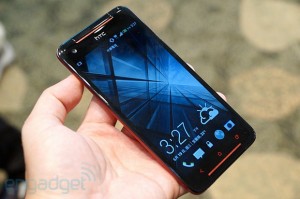 In terms of connectivity, we do have a quad-band HSPA radio.

At this point, though, it’s unclear if the phone will launch outside of Taiwan. In HTC’s home country, the device retails for around $770.

The device is recently believed to be coming to Sprint Nextel’s Now Network.

Verizon had been rumored to offer a successor to the Droid DNA, and this device could potentially come to Verizon. The U.S. carrier is also rumored to be carrying the HTC One smartphone as well as it’s the lone carrier of the big four national providers to not currently offer the One.

Internally, the specs are very similar to what HTC brought forth with the HTC One, but the device will be great for those who prefer a larger form factor.