HTC Butterfly 2 Said to Be Like HTC One, With Larger Display

The HTC Butterfly 2, though rumored for later this year, still remains firmly in the shadows. However, thanks to a pair of leaks, we now have a first possible look at the phone that will come to replace the HTC Butterfly and likely, last year’s Droid DNA.

While much of the attention lately has been given to the HTC One, the rumored Verizon HTC One and the rumored HTC One Nexus, there is another big name HTC device brewing, one thought to be called the HTC Butterfly 2. The original HTC Butterfly launched last year and was the first smartphone to arrive with a display sporting 1080p resolution. It arrived on Verizon Wireless as the Droid DNA. 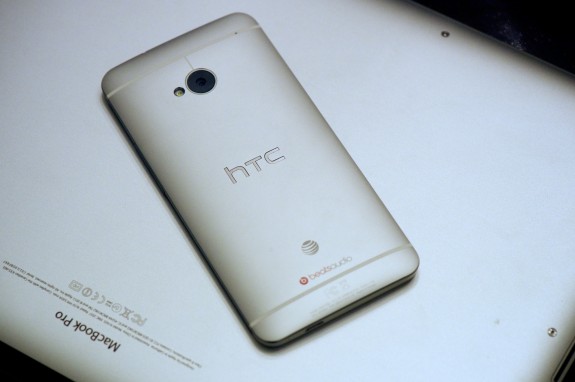 The HTC Butterfly 2 may take some features from the HTC One but utilize a larger display.

Cue, @LLabTooFeR, the notorious HTC leakster who has issued a couple of different pieces of information today related to the HTC Butterfly. First, he notes that it will have a larger screen than the HTC One though he doesn’t specifically mention a size. He also notes that the HTC Butterfly 2 is thought to have similar hardware to the HTC One, calling out the Ultrapixel camera as a possibility. He did not specifically mention anything about the design or how it might be different from the One’s.

@mdnaumy It will share almost identical hardware but with bigger screen.

A new report from Digitimes suggests that HTC could be releasing smartphones with Liquidmetal which leaves the door open for a change with the Butterfly 2. Pocket-lint recently reported that HTC will be releasing a large screen HTC One in the near future, with a display that is smaller than 6-inches but bigger than 5-inches, but it’s not clear if it’s actually referring to an HTC Butterfly 2 rather than an HTC One.

With the HTC Butterfly 2 thought to be coming in the third quarter, which consists of July, August and September, it could be some time before we find out what’s what.