The HTC Butterfly S, which appears to be an incremental follow up to last year’s HTC Butterfly and Droid DNA, may be heading to Sprint at some point in the future, thanks to intelligence provided by a known HTC leakster.

Over the past few weeks, HTC has rumored to have a number of new devices up its sleeve including the HTC One Mini, thought to be arriving in August with support for T-Mobile and a device called the HTC Butterfly S which appears to be a successor to last year’s HTC Butterfly, also known as the Droid DNA on Verizon. 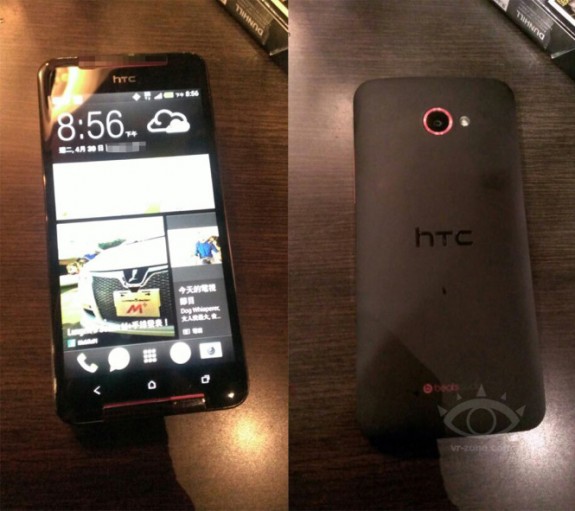 This is thought to be the HTC Butterfly S.

The HTC Butterfly S has been thought to be a phone that is primarily aimed at HTC’s user base in areas outside of the United States though according to a new rumor, the new HTC Butterfly could be coming to Sprint’s 4G LTE network at some point.

HTC’s new device is likely going to be unveiled at some point in the near future and when it does, it should come with a 5-inch 1080p display, the addition of new front-facing speakers just like on the HTC One design, Sense 5 and more than likely, Android 4.2 Jelly Bean. And given that the HTC One Mini is coming with an Ultrapixel camera, we have to imagine that the HTC Butterfly S is as well.

As far as a release goes, no dates are set in stone. And as far as carriers are concerned, all signs have pointed to an arrival in places other than the United States. That is, until recently, when @LLabTooFeR noted that the HTC Butterfly S would be heading to Sprint.

Sprint and HTC have had a long relationship and one forged back with the release of the HTC EVO 4G LTE, one of the most important and popular smartphones in the carrier’s history. This year, the companies put forth the HTC One, HTC’s flagship. However, they have not announced a new EVO-branded device.

@BigLouuu Verizon won’t have Butterfly S in near future as well. While Sprint will have it.

Perhaps this new HTC Butterfly S will be heading to Sprint as an EVO-branded smartphone, perhaps not. But given that it appears that Sprint might be the only one hosting it on its network, that seems logical given that the EVO brand is known across the country. He also notes that the device will not be coming to Verizon in the near future.

No other specifics were given though if the HTC Butterfly S is announced in the near future, we could see Sprint announce it sometime this summer, a season typically saved for the EVO series.