After early rumors yesterday that HTC would upgrade members of its One series smartphone to Google’s latest Android 4.1 Jelly Bean operating system, HTC has now come clean and acknowledges that the software update will indeed be coming to the HTC One X, the HTC One XL, and the HTC One S. Those devices were initially announced at Mobile World Congress earlier this year with Android 4.0 Ice Cream Sandwich and the HTC Sense user experience.

“We know HTC fans are excited to get their hands on Google’s latest version of Android. At this point in time, we can confirm that we have plans to upgrade our HTC One X, HTC One XL and HTC One S to Jelly Bean. Please stay tuned for more updates regarding device upgrades, timing and other details about HTC and Jelly Bean.” 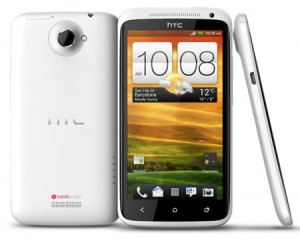 The HTC One XL is released in the U.S. under AT&T, with the trailing L in the naming scheme signifying LTE connectivity. That smartphone is essentially similar to the international HTC One X, but instead of a quad-core Tegra 3 chipset the device makes use of Qualcomm’s dual-core Snapdragon S4 CPU and has support for AT&T’s 4G LTE network. The One S is released in the U.S. under carrier T-Mobile USA.

Likely, these upgrades and when they will be released will be dependent upon carrier testing and certification. With software updates, especially major ones, carriers will need to evaluate the software package to ensure that the user experience is positive and that the handset will perform adequately on their networks.

The HTC One X is also available as the HTC EVO 4G LTE for Sprint’s network as a different hardware variant with a drastically different casing.