A new HTC device called the HTC Desire C has been made official today and it will be coming to select carriers in the United Kingdom for cheap.

The device, which was finally made official today, brings some likable features along with it. First, it offers up a 3.5-inch HVGA display, the same size as the display found on the iPhone 4S. Of course, HVGA does not offer the same type of resolution found with the iPhone’s Retina Display. 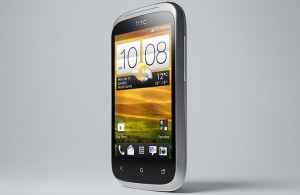 However, the best part of the phone is probably the fact that it offers Android 4.0 Ice Cream Sandwich right out of the box. There currently aren’t many budget smartphones that offer this up and that’s what makes the HTC Desire S a phone to look at.

The device also features the new HTC Sense 4.0 and will be available in red, black or white. It’ll also have access to the Google Play Store where users will be able to download applications.

Sadly, the phone has not been announced for the United States.

Instead, the phone will be headed to several carriers in the United Kingdom including Three UK and Orange UK. T-Mobile UK will also be carrying the device as well.

As for a release date, the phone is slated to arrive in the United Kingdom sometime in June, although neither HTC nor any of the carriers involved announced a specific release date.

It’s unknown whether HTC has plans for a U.S. launch but if it happens, we fully expect this phone to land on a carrier like Virgin Mobile or maybe even the new Voyager Mobile, which, will be arriving in the U.S. soon.