The software is currently available on HTC’s HTCDev.com (Select other, and then find files) website, something that HTC promised that it would do yesterday, and it can be downloaded by HTC Desire S owners right now.

HTC’s Desire S ICS RUU is a whopping 404.0 MB in size which means that owners are going to have to use some patience when downloading and installing the ROM.

Read: 4 Reasons Why the HTC ThunderBolt ICS Update Could Be Late. 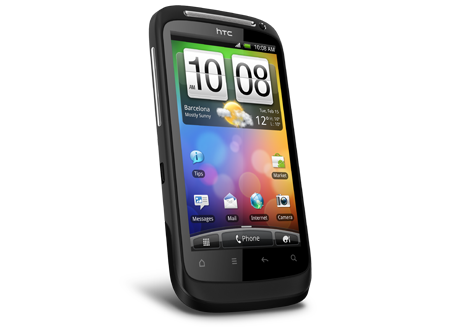 As promised, HTC has given HTC Desire S owners a choice as the software will only be available for a manual installation which means owners will have the option to stay on Android 2.3 Gingerbread if they wish.

Those that wish to make the upgrade to Android 4.0 Ice Cream Sandwich though now have the ability to.

Android 4.0 Ice Cream Sandwich is a vast improvement over Android 2.3 Gingerbread, at least from a features standpoint. We don’t know yet how well it runs on the HTC Desire S.

ICS brings a new user interface to the table, a new and improved Browser, Face Unlock, and a whole lot more. It’s not Android 4.1 Jelly Bean, but it’s certainly a great piece of software.

So now the attention turns to two Verizon-based devices, the Droid Incredible 2 and the HTC ThunderBolt, both of which were promised ICS by the end of August.

Thus far, HTC remains mum about the Ice Cream Sandwich release dates for both devices leaving owners wondering whether or not the company will live up to its promise.

We should know for sure in less than 24 hours.

HTC Desire S owners though can now enjoy their upgrade to Android 4.0. Be sure to let us know how the upgrade works out.