Even though Verizon has yet to make an official announcement, the HTC Droid Incredible 2 has shown up in Best Buy’s Buyers Guide for May with the words ‘Coming Soon’ plastered over it meaning we should see the Droid Incredible 2 hit shelves very, very soon. 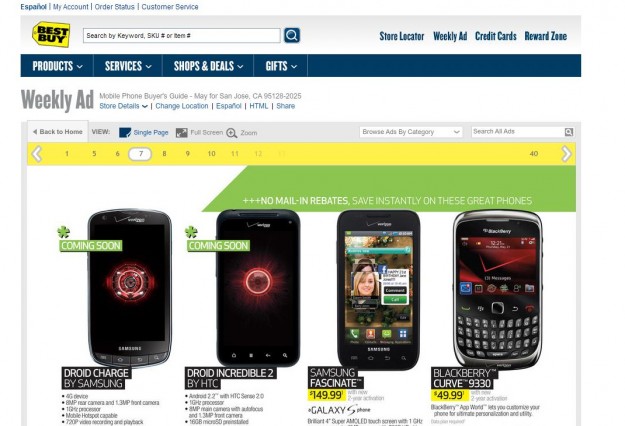 Right next to the recently announced 4G LTE enabled Samsung Droid Charge is the Droid Incredible 2 with its main features listed right below it. If you haven’t heard about it or seen it, the Droid Incredible 2 is going to be coming with Android 2.2 out of the box with HTC Sense 2.0 over it and it will be powered by a single-core 1GHz processor.

We have heard that the Droid Incredible 2 would start shipping on April 28th and while we’re a mere 3 days out from the date, don’t be shocked to see Verizon make an announcement at some point over the next few days.

No pricing was listed in the Buyer’s Guide but expect it to hit for $199 on a new two-year contract.