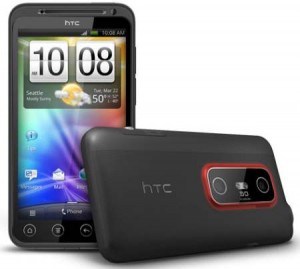 Just a short time ago it was believed that the HTC EVO 3D would be getting an update on August 23st after software for the Samsung Conquer 4G rolled out. Turns out, Sprint and HTC pushed the update early and if you own an EVO 3D, the update should be primed and ready for download at this very moment. All you have to do is manually check for updates and you should be prompted to download and install.

The update will apparently take the EVO 3D from Android 2.3.3. to Android 2.3.4 but it doesn’t appear that the update brings along Google Talk with Video along with it. I’m not 100% sure on that yet but maybe those of you with the update can confirm.

Other stuff is said to include bug fixes with lockscreen issues and GPS problems being the main things taken care of in this update. Other things include a fix for the temperature display, birthday synchronization via Facebook, and more.

Great for those of you who have been experiencing issues with your new WiMax smartphone.