The long-awaited HTC EVO 4G LTE Android 4.1 Jelly Bean update is rumored to be rolling out tomorrow, December 13th, according to a leaked document that surfaced today.

Android Police unearthed what appears to be an internal document from Sprint that claims that the HTC EVO 4G LTE Jelly Bean update will be made available to owners of Sprint’s 4G LTE smartphone starting tomorrow. The document appears to be real and given that the HTC EVO 4G LTE is one of Sprint’s older high-end phones, it makes sense that it would be one of the first to receive Android 4.1 Jelly Bean. 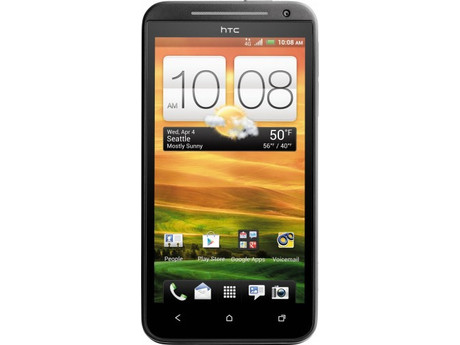 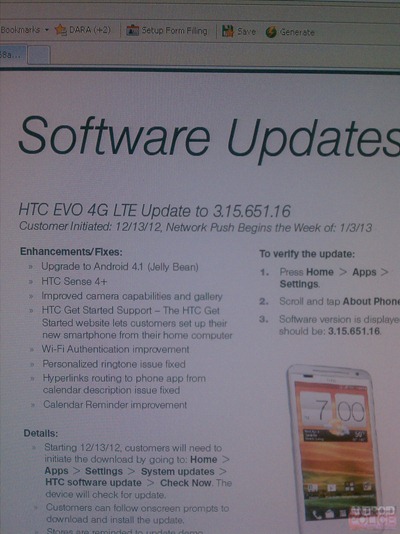 The internal document claims that users will be able to pull the update from the EVO 4G LTE’s Settings by manually checking for the update. Once the update is ready to go, there will be a prompt to download and install the update. At this point, the software will download and once finished, the device will reset and the HTC EVO 4G LTE will be running Android 4.1 Jelly Bean and not Android 4.0 Ice Cream Sandwich.

The Android 4.1 Jelly Bean update, while not the latest version, will be a huge upgrade over Android 4.0 Ice Cream Sandwich and it will offer a number of features including Google Now, enhanced Notifications, improved Browser and Calendar, improved widgets, and a whole lot more.

Best of all, it’s free. So if the update does indeed roll out at some point tomorrow, users will want to download and install it as soon as it becomes available. Hopefully, the wait for the EVO 4G LTE Jelly Bean update ends tomorrow but until Sprint gives the word, it’s just a rumor.