Sprint has finally begun to offer pre-orders on one of its most exciting phones of 2012 as the HTC EVO 4G LTE, first announced in April, has gone up for pre-order ahead of its highly anticipated launch.

Oddly enough, Sprint has yet to confirm a release date for the device but as of right now, May 18th is looking like a probable date. Every shred of evidence that has leaked out ahead of the HTC EVO 4G LTE’s arrival has pointed to that date and it’s the one that pre-orderers should have circled, at least in pencil, on their calendar.

The carrier is offering up the HTC EVO 4G LTE for a competitive $199.99 on-contract and for those that wish to get it without signing the dotted line, Sprint will be offering it for $549 off-contract. 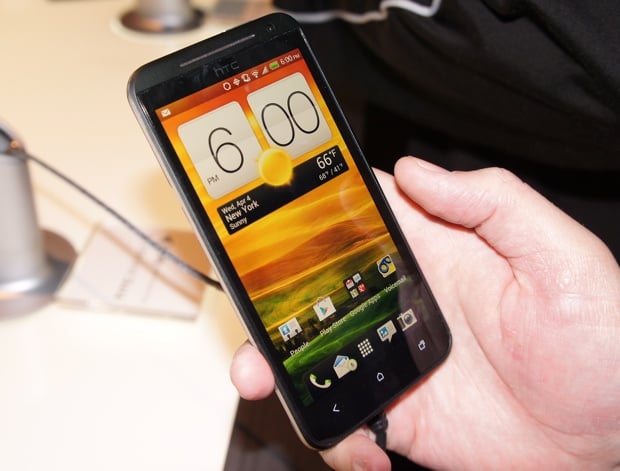 HTC’s EVO 4G LTE will be the third EVO-branded smartphone to launch on Sprint and the first that features 4G LTE capabilities. 4G LTE data can get up to 10 times faster than normal 3G data speeds.

The phone will be joining Sprint’s two other 4G LTE smartphones, the LG Viper 4G LTE and the Samsung Galaxy Nexus, both of which launched during the month of April.

Sprint’s EVO might just be the best of the bunch as it features some pretty jaw-dropping specifications.

Those included a 4.7-inch Super LCD display with 720p HD resolution, a dual-core 1.5GHz Qualcomm Snapdragon processor, a 8MP rear camera that is powered by a dedicated ImageChip and has a physical button, 16GB of storage, 1GB of RAM, an NFC chip for use with services like Google Wallet, and a large 2,000 mAh battery.

HTC has shown off the power of the EVO 4G LTE’s camera and we came away fairly impressed with the shots.

We should have an official release date fairly soon, so be on the look out for an official announcement.