The HTC EVO 4G LTE remains on Android 4.1 Jelly Bean, an update that rolled out in December of last year. Rumors suggested that the HTC EVO 4G LTE would be getting Android 4.2 Jelly Bean down the road but now, the source of those rumors claims that he now possesses some doubts about an update for the device.

Since December, things have been pretty quiet for HTC EVO 4G LTE owners. Neither HTC nor Sprint have talked about its Android update prospects, something that has likely made owners of the popular device wonder if it will be getting an update down the line. 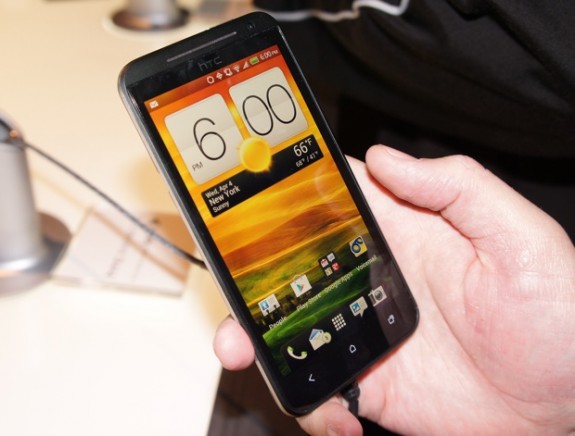 The source of those rumors was noted HTC insider LlabTooFeR who has a fantastic track record when it comes to HTC software updates and who often delivers update news well ahead of schedule.

Today, he has issued some grim news to HTC EVO 4G LTE owners, news that came in response to a question about HTC’s EVO 4G LTE update plans. He now claims to have “some serious doubts about update for this device,” a much different tune than before.

Obviously, this does not mean that the device isn’t getting an update, but it’s certainly not good news for those on the lookout for an HTC EVO 4G LTE Android 4.2 and Sense 5 update.

Popular HTC devices have been left behind before, devices like the HTC Rezound, and we’ve also seen HTC cancel updates including a Sense 5 update for the HTC One S. So it’s possible that something happened in testing and it’s possible that HTC decided to divert its resources to other updates. It’s not clear at this point.

While an HTC EVO 4G LTE update should still be expected, owners might want to think about tempering their expectations.