With CES around the corner and shots of the HTC EVO Shift 4G appearing on Best Buy’s inventory system recently, a launch may be imminent. This time, according to Android Central, an advertisement from Radio Shack shows that the device is expected to launch on January 9th with a price tag of $150.

The ad shows that the full non-contract pricing of the phone will be $450. 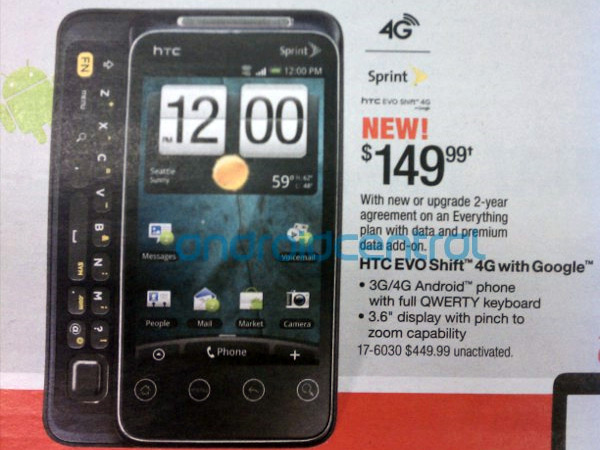 The HTC EVO Shift 4G will have a smaller 3.6-inch display compared to the 4.3-inch display of the original HTC EVO 4G on Sprint. However, the EVO Shift 4G will also gain a landscape-oriented sliding keyboard, unlike the original HTC EVO 4G. The device is shown with the HTC Sense proprietary user interface layer on top of the Android operating system.