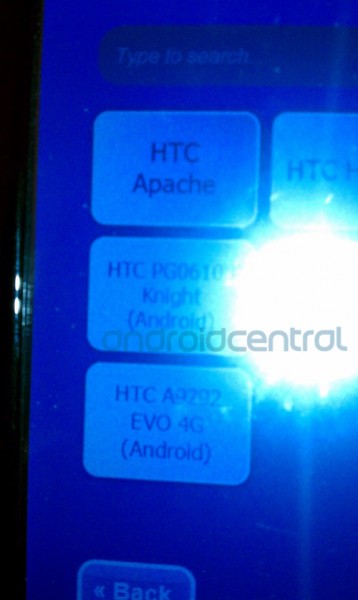 Sprint’s keyboarded follow-up to its premier 4G WiMax phone, the HTC EVO 4G, is now appearing inside of big box retailer Best Buy’s inventory system, suggesting that a release and launch may be imminent. The HTC EVO Shift 4G has been leaked a number of times previously, and is also known as the HTC Knight by codename; the device was also recently seen going through the FCC for regulatory approval.

The HTC EVO Shift 4G will be a close sibling to rival T-Mobile’s HTC G2 smartphone, which resembles the Desire Z internationally. Verizon Wireless is also expected to announce a variant of the EVO Shift 4G called the HTC Merge, though it’s unclear if or when that device will hit the market, and if the Merge will eventually support Verizon’s new 4G LTE network. For now, the Sprint HTC EVO Shift 4G and the T-Mobile G2 will represent the respective 4G offerings for the carriers. However, unlike the T-Mobile G2, which retains a native Android user experience, Sprint may opt to go with a more customized approach to the HTC EVO Shift 4G by utilizing the HTC Sense user interface.

Now that the HTC EVO Shift 4G, has appeared in Best Buy’s inventory system as the PG0610, perhaps Sprint will see it fit to announce the device soon. Given that CES is just around the corner in early January, perhaps the HTC EVO Shift 4G will be announced at the trade show, especially since Las Vegas, NV has been one of Sprint’s earliest 4G markets to go live.